Genesis showcased its striking X Speedium Coupé EV concept at the Goodwood Festival of Speed, giving clues as to what future EVs from the premium Korean marque will look like.

The Genesis X Speedium Coupé is described as a “freestyle” design exercise based on last year’s X Concept, led by chief creative officer Luc Donckerwolke, to show the evolution of the brand’s Athletic Elegance design language.

It will be shown alongside the all-electric Genesis Electrified GV70 SUV, also making its European debut at the West Sussex event, ahead of a market launch in the coming months. With a maximum output of 482bhp and a range of more than 310 miles, the Korean firm claims that the all-electric version of the Genesis GV70 will set “a new standard for luxury electric SUVs”.

The Speedium concept takes its name from a Korean race track, which Genesis says reinforces its commitment to “the emotional value of driving” as it electrifies its line-up.

The low-slung, long-wheelbase silhouette is retained, but it’s the details that mark this new concept out most obviously from both its predecessor and Genesis’s current production cars.

At the front is a distinctive wraparound twin light bar that’s shaped to reference the large shield-shaped grille on the brand’s production cars – suggesting this will be dropped from Genesis’s future EV line-up, which will comprise six models by 2030.

The sleek side profile is described as embodying an “anti-wedge” design ethos in line with a focus on “understated elegance”.

While mostly minimalist, the design is broken up by a prominent crease that runs along the side, between the heavily flared wheel arches. 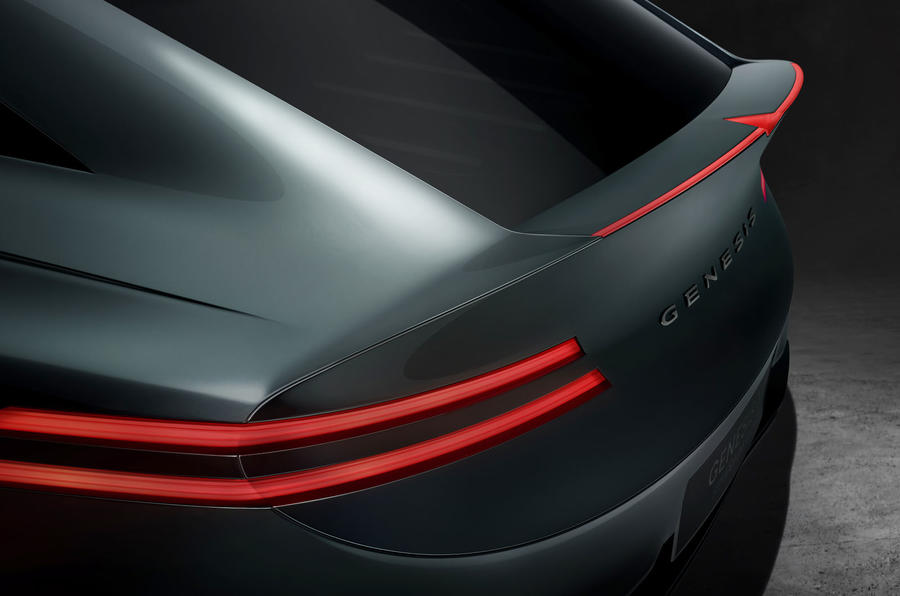