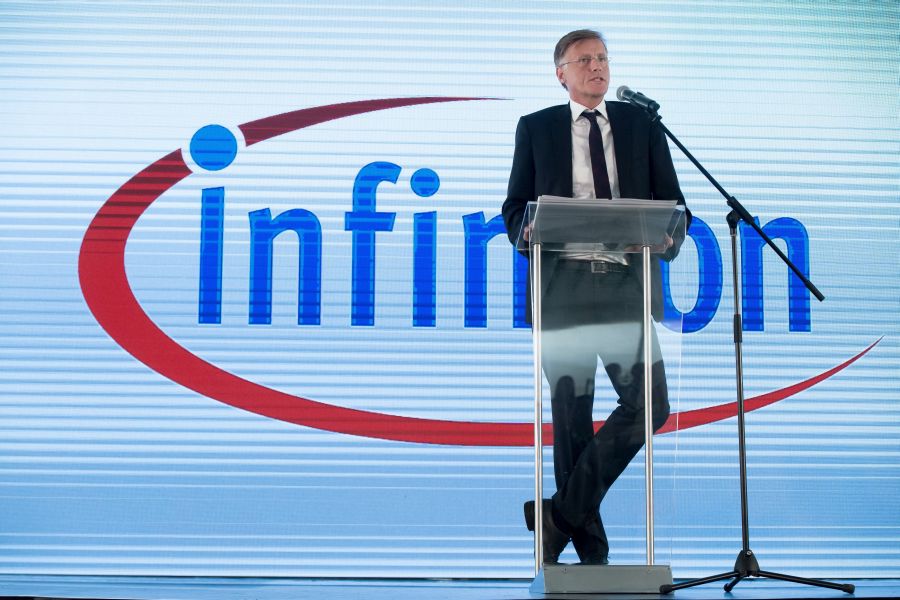 German chipmaker Infineon Technologies AG has earmarked “several billion euros” to spend on acquisitions in the coming year in order to boost its growth.

In an interview with Frankfurter Allgemeine Zeitung, Infineon Chief Executive Jochen Hanebeck (pictured) said the company is constantly looking out for suitable startups to acquire. “I see it in the range of up to a few billion (euros),” Hanebeck said, according to Reuters.

Infineon’s plans are in stark contrast to those of many of its rivals in the semiconductor industry, which are looking to scale back capital expenditures at a time when demand for chips is on the wane. The semiconductor industry saw massive growth during the COVID-19 pandemic when demand for chips used in everything from smartphones to personal computers and automobiles soared. However, the thirst for chips is now on the wane due to the stalling global economy.

But while the likes of Intel Corp., Advanced Micro Devices Inc., Nvidia Corp. and Micron Technologies Inc. have seen their growth curtailed, Infineon has somehow managed to keep up its momentum. In fiscal 2022, which ended Sept. 30, the chipmaker saw its profit jump 63% to 3.4 billion euros ($3.6 billion), reporting strong growth in electromobility, autonomous driving, renewable energy, data centers and “internet of things”.

Infineon was formerly a part of the German industrial conglomerate Siemens AG. The company span-off as a separate entity in 1999, and is now established as one of the world’s top ten semiconductor firms, specializing in chips for the automotive, industrial and multimarket sectors.

Hanebeck remained coy on any specific acquisition targets, but told FAZ his company was looking to expand its portfolio in areas such as power semiconductors, sensors, software and artificial intelligence. He added that many targets might be receptive to receiving an offer, as they may be insufficiently financed given the poor state of the global economy.

Infineon has a history of multi-billion dollar acquisitions. In 2019, it acquired the U.S.-based firm Cypress Semiconductor Corp. for $10 billion to expand into next-generation automobiles. Prior to that, in 2014, it paid $3 billion to acquire International Rectifier Corp.

Infineon also has plans to boost its manufacturing operations in Europe, taking advantage of the European Union’s recently-enacted Chips Act, which sets aside 15 billion euros to subsidize the building of new chipmaking capabilities. Last month, the company unveiled plans for a new, 5 billion euro factory in Dresden, Germany.

Germany is looking to attract other chipmakers besides Infineon, and officials are reportedly holding advanced talks with Taiwan Semiconductor Manufacturing Co. over funding for its first European chip fab, also earmarked for Dresden. Intel also has plans to open a new chip fab in the country, though it recently announced that it would delay the start of construction due to the need for additional government funding.