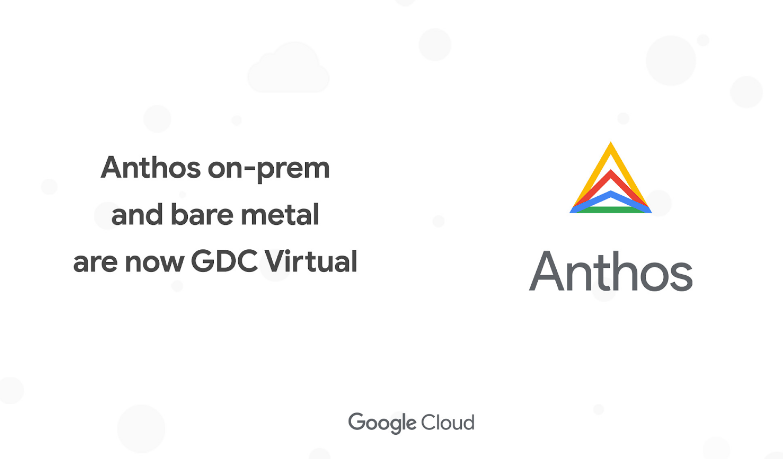 Announced last year, Google Distributed Cloud is designed to bring additional workloads into Google Cloud. Customers can bring Google Cloud’s software stack in their own data center servers. In that way, they can run various on-premises applications with the same Google Cloud application programming interfaces, control planes, hardware and tooling they use with their cloud hosted apps.

Google Distributed Cloud is the company’s response to Microsoft Corp.’s Azure Stack and Amazon Web Services Inc.’s Outposts, which are services that extend Azure and AWS into customer’s own data centers. The idea is popular because many enterprises have applications that they feel cannot be moved to the cloud because of concerns around compliance, data sovereignty, latency and other reasons. With Distributed Cloud, those on-premises apps can still take advantage of everything Google Cloud has to offer.

Google’s Anthos on-prem is an on-premises version of Google Cloud Anthos, a hybrid cloud application development platform that runs atop of the Kubernetes container orchestration software. It’s designed for building applications that can run unmodified on any cloud or data center server. So companies can build applications just once and run them anywhere they like. Anthos on-prem is now included in the Google Distributed Cloud portfolio and is now known as Google Distributed Cloud Virtual, the company said today.

“Customers of Anthos on-premises (now known as GDC Virtual) will continue to enjoy the consistent management and developer experience they have come to know and expect, with no changes to current capabilities, pricing structure, or look and feel across user interfaces and will continue to see consistent roadmap additions,” she said. “For customers just getting to know GDC Virtual, its capabilities will round out our GDC Edge and Hosted offerings which are designed to accelerate your cloud transformation.”

Goldberg added that GDC Virtual is a software-only extension of Google Cloud that allows users to do things such as automate the provisioning of Google Kubernetes Engine clusters on virtual machines and bare metal infrastructure, and use Google Cloud Console to provision Anthos clusters on vSphere.

Developers can also build and deploy container-based workloads on Kubernetes directly or through an application runtime. Further, users can apply federated security, access controls and identity management across GDC Virtual.

Goldberg added that customers might find it useful to deploy GDC Virtual if they already have a significant investment in their own virtual machine environment. With GDC Virtual, customers can continue to leverage this existing infrastructure, she said. It’s also a good option for advanced artificial intelligence and machine learning workloads, she said, allowing customers to deploy on hardware that meets their specific needs.

GDC Virtual can also be helpful for customers looking to modernize legacy apps in place, before migrating them to the cloud afterwards, she explained.