Google LLC is hopeful that a coming series of updates to Google Maps will inspire more people to use the application to plan their daily travels, as it announced today that no less than four new features coming soon to make Maps “look and feel more like the real world.”

The new updates include the long-awaited Immersive View (pictured) that was first teased in May. Immersive View lets users experience a kind of drone-level aerial view of some of the world’s best-known cities and landmarks and check out the vibe of the area.

The feature relies on billions of user photos that have been processed using artificial intelligence, helping Maps to model photorealistic buildings in a more immersive, 3D view. The idea is that this more realistic view will help users to better understand the topography of a given area, rotate their perspective so they can look between buildings, get a feel for the weather and traffic conditions, and so on.

Given the effort that goes into these incredibly realistic representations, Google Maps Immersive View will be available in only a select few cities at launch, including San Francisco, Los Angeles, New York City and London. Google said the feature will launch later this year, but for now it’s possible to update the Maps app and preview 250 static aerial views that provide a taste of what’s to come.

A second new feature that’s rolling out in the coming months is Neighborhood Vibe, which is designed to help users get a feel of any new neighborhoods they enter by surfacing user reviews as they’re panning through it on the Maps app. It will be accessible by tapping the Explore button when entering a new area. To determine the “vibe” of a neighborhood, Google said in a blog post, it’s combining AI with local knowledge from Google Maps users who add more than 20 million contributions a day to the map. 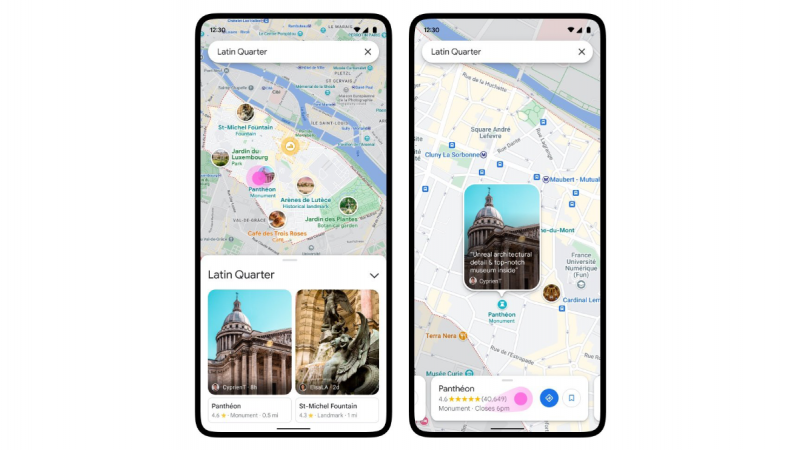 Search within Maps is also being enhanced. The new Search with Live View feature will enable users to search for places or follow walking directions using Maps’ augmented reality. As the user is walking, it will bring up Street View and highlight various things they might be on the lookout for, such as ATMs or restaurants, in the same way they might be flagged on a flat map. Search with Live View will become available in the coming weeks in San Francisco, London, New York, Paris and Tokyo. 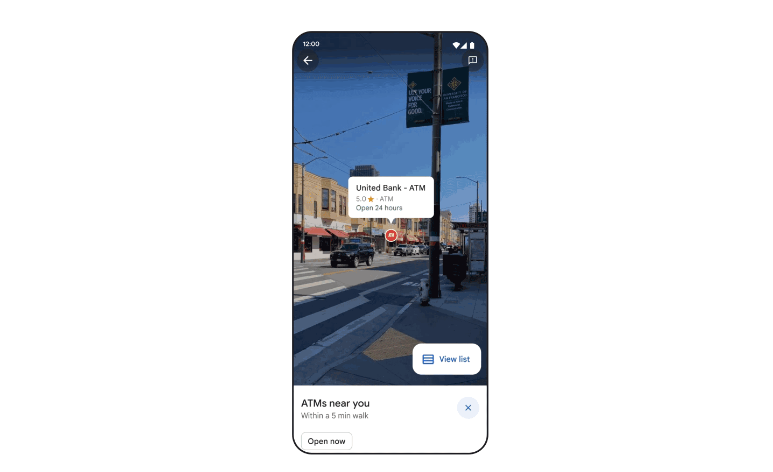 The final update is based on the eco-friendly routing feature that was launched in Maps earlier this year. When using Maps to obtain directions to a destination, users can select the most fuel-efficient route, as opposed to the fastest route, which is the default option

Google says the feature has proven popular, helping to remove an estimated half a million metric tons of carbon emissions since launching in Canada and the U.S. earlier in the year. That’s the equivalent of removing 100,000 gasoline-powered cars from the road, Google said.

Given the positive environmental impact of this feature, Google has decided to extend it to third-party developers that use Maps within their own applications. What that means is that ridesharing and delivery services that rely on Maps to provide directions for their drivers will now be able to obtain eco-friendly routing info too.

Companies will be able to measure each driver’s fuel consumption and the savings made on single trips or multiple trips throughout the day. These insights can also be extended to entire fleets of drivers when the feature becomes available in preview later this year, Google said.