While we waited for an E39- generation BMW M5, Alpina whetted our appetite with its take on a hot 5 Series in the form of the barnstorming B10.

Alpina recast the block of the BMW 540i’s 4.4-litre V8 to increase it to 4.6 litres, while other upgrades, including a new crankshaft and a remapped ECU, contributed to the 19% power hike. New spoilers reduced lift, while suspension changes included Bilstein gas dampers and revised anti-roll bars.

The reworked five-speed Switchtronic gearbox used steering wheel-mounted buttons and was reprogrammed to hold on to gears until 7000rpm, offering one of the most responsive manual overrides we had tried on an automatic.

Cracking 30-70mph in 5.0sec and topping out at 167mph, the B10 was blisteringly quick, but the crossed-drilled brakes were up to the task of reining it in.

Low-speed ride was poorer than that of the 540i, but major increases in grip, body control and steering precision were worthy trade-offs. 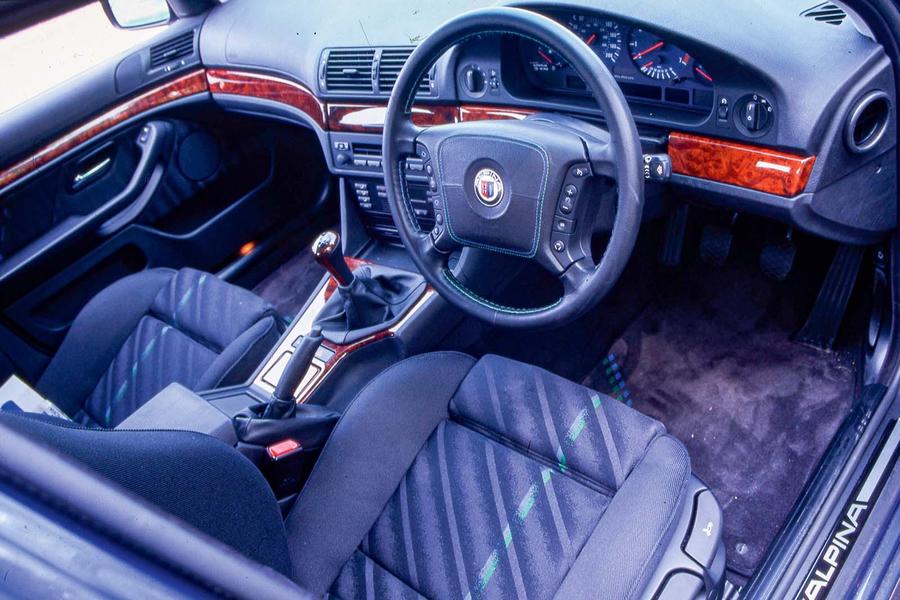 The well-equipped cabin made use of the BMW 5 Series’ generous space and spot-on ergonomics, and the extra material plushness was tastefully added.

Against: Frightening thirst, equally scary price for a souped-up 5 Series 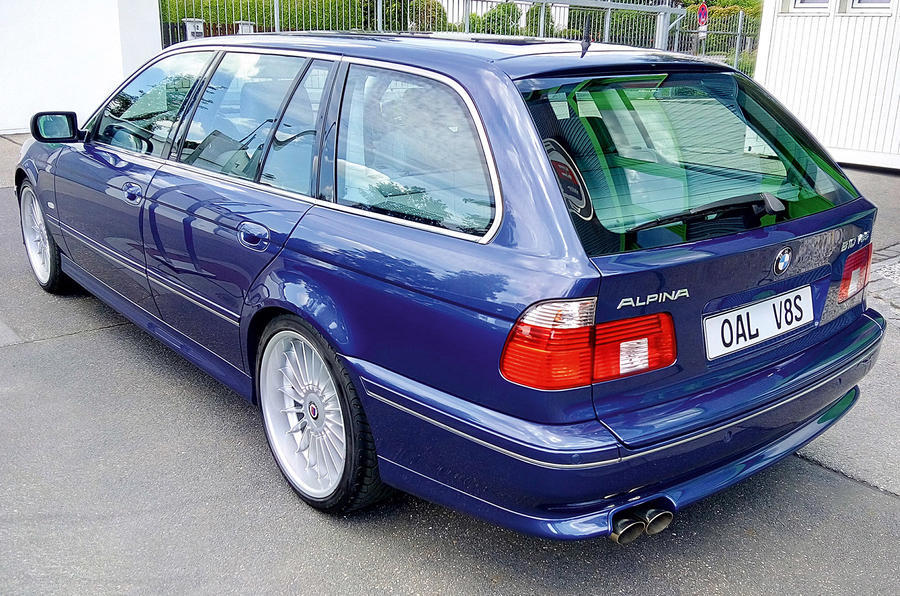 The even quicker E39-gen M5 arrived a year later, sporting a 5.0-litre V8 good for 394bhp. Alpina responded by adding a few horsepower to the B10, but its zenith came with 2002’s 370bhp B10 S model. Unlike the saloon-only M5, all B10s were additionally available in Touring guise. Only a handful remain.