Chrysler’s hot-rod-inspired hatch was a cult hit in its early days and can be had for less than a grand today. But was it any good?

The PT Cruiser was built on a new platform but took its 2.0-litre four-pot petrol engine and five-speed manual gearbox from the Neon, albeit with the respective addition of a twin-cam head and closer ratios. Suspension was by front MacPherson struts and a rear torsion beam.

A kerb weight of 1428kg left the Cruiser trailing rivals for acceleration, while a lofty torque peak and lack of high-rev refinement compounded the problem. But a top speed of 118mph and 30-70mph in 10.4sec were respectable and the gearshift was nippy. High grip, relatively flat cornering and accurate steering impressed, but the Cruiser’s ride wasn’t as forgiving as that of MPV rivals.

Cabin design continued the hot-rod theme, with a cue-ball gearknob and body-coloured dash panels, but fell down on ugly, crude switchgear. Space was good for four adults only, while the split rear bench folded, tumbled forward and could be removed altogether to extend the respectable boot.

For: Value, boot and passenger space 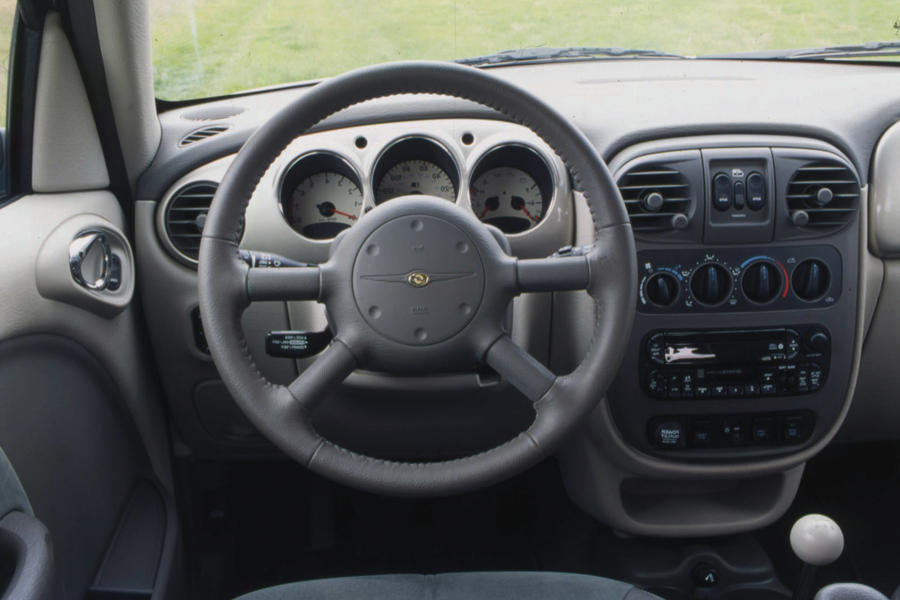 A Mercedes-Benz-sourced 119bhp 2.2-litre diesel joined the range in 2002, although the planned sharing of the new Mini’s 1.6 petrol engine never materialised. The most powerful variant was a 141bhp 2.4-litre petrol four-pot. A 2.4-litre four-seat cabrio was offered from 2005, initially in left-hand drive only. A facelift came in 2006 but the PT was dropped two years later.