Hoping to trade on the Britishness that made the Metro a sales hit, struggling MG Rover turned to a rebadged Indian-built city car for salvation.

A new grille and bumpers marked the CityRover apart from the Tata Indica, but panel gaps and poor paint finishes spoke of the car’s origins. Power came from an ex-Peugeot 1405cc four-pot with a hydraulic mount to boost refinement. Stiffer springs, new dampers and a 20mm-lower ride height tweaked the MacPherson strut front and semi-trailing arm rear suspension.

Quick enough to keep pace with a Citroën C2 VTR, the peppy CityRover had good low-end responsiveness and never felt swamped in the outside lane. The engine became buzzy with revs, but the 5500rpm limiter soon cut in. The five-speed manual gearbox was extremely vague, while the brakes (front discs, drums at the rear) disappointed during emergency stops.

Light, assisted steering, a tight turning circle and a decent ride impressed in town, but vertical movement and body roll were extreme at speed.

The cabin was roomy and seated five, but the flat seats and fixed steering wheel meant few drivers could get comfortable, and rough plastics abounded. 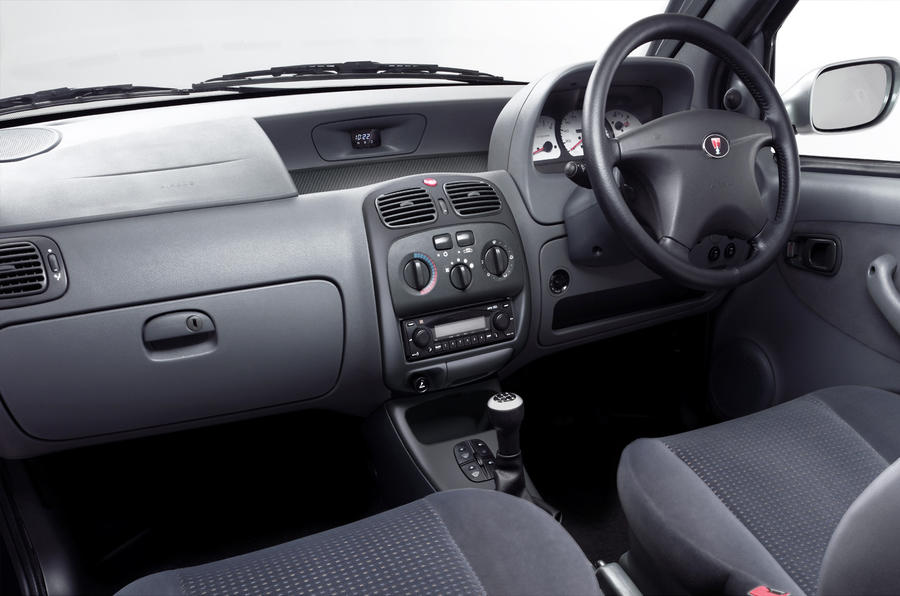 Outgunned by comfier, safer, more enjoyable and better-equipped European rivals that cost little or no more to buy, the CityRover was on sale for less than two years before MG Rover went into administration. Nearly 9000 were sold in the UK but those still in existence here are now in the hundreds, most SORN.