New from the ground up, the SVX was designed by Giorgetto Giugiaro and featured a wraparound-effect glassline. The six-pot boxer (Subaru’s first) had four overhead camshafts and drove all four wheels.

Despite several composite body panels, the car weighed 1614kg, so performance was only respectable, although the throttle response was good and the torque band wide. The fourspeed auto used long-legged ratios, but kickdown was urgent. Four-channel ABS brakes were both powerful and resilient.

Viceless handling was made all the more rewarding by the feelsome steering. The default 35% front, 65% rear torque split varied in response to wheel slippage and granted ample traction, although progressive understeer emerged beyond the limit. The ride niggled a bit in town but was enjoyably supple on touring routes, and roll was well suppressed. 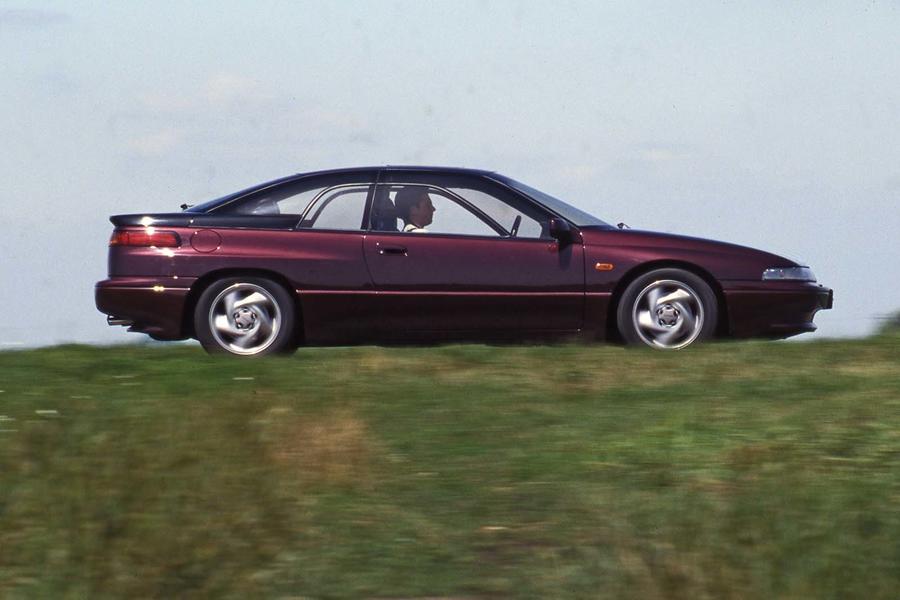 The interior was extremely well equipped and lavished with leather upholstery and faux-suede accents. The multiadjustable driving position was comfortable and space in the back reasonable.

An even more distinctivelooking shooting brake version, called the Amadeus, appeared in concept form sporting an X-shaped rear wing, but it never made production. Around 25,000 SVXs were built during its six-year run, and about 30 remain on UK roads, with just over 100 subject to SORN.