Porsche will unveil the 911 Dakar, a hardcore off-road edition of its flagship coupé, on Wednesday (16 November) at the Los Angeles motor show, meaning an early morning reveal for the UK.

As a tribute to Porsche’s victory in the 1984 Paris-Dakar rally, this spiritual successor to the 911 Safari was driven 500,000km (roughly 310,750 miles) on a range of terrain as part of its test programme – from snow and sand to ice and rock. It will be revealed at 7pm in Los Angeles (3am in the UK).

While Porsche hasn’t confirmed full drivetrain or modification specs yet, it is expected to share the same highly adaptable 443bhp flat six as the Porsche 911 Carrera 4S, given that Porsche recently sent two off-road 911s up Ojos del Salado in Chile – the world’s highest volcano – with that engine.

The only confirmed change for the 911 Dakar over the standard car is an ABS system that has been optimised for work on loose surfaces, and a raised ride height that, we speculate, will be similar to the volcano-climbing cars. 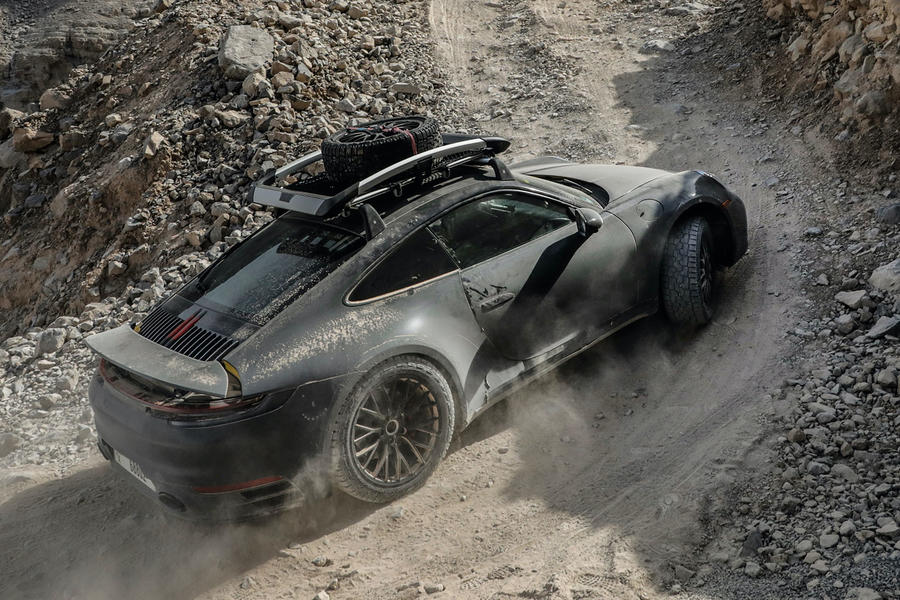 Those cars were equipped with a raft of off-road enhancements, including shorter gear ratios, 310mm-wide off-road wheels and tyres, raised suspension for 350mm of ground clearance, lightweight underbody protection, a specially adapted cooling system and a roll cage – all of which would make sense on a similarly conceived production car.

As part of the test programme, the 911 Dakar was taken to the Château de Lastours test track in southern France, a familiar proving ground for Dakar rally cars. Being familiar with the 911 already, Porsche works driver Romain Dumas said: “I knew what a 911 could do on the road, but I was absolutely stunned by how well the car performed here on the loose.”