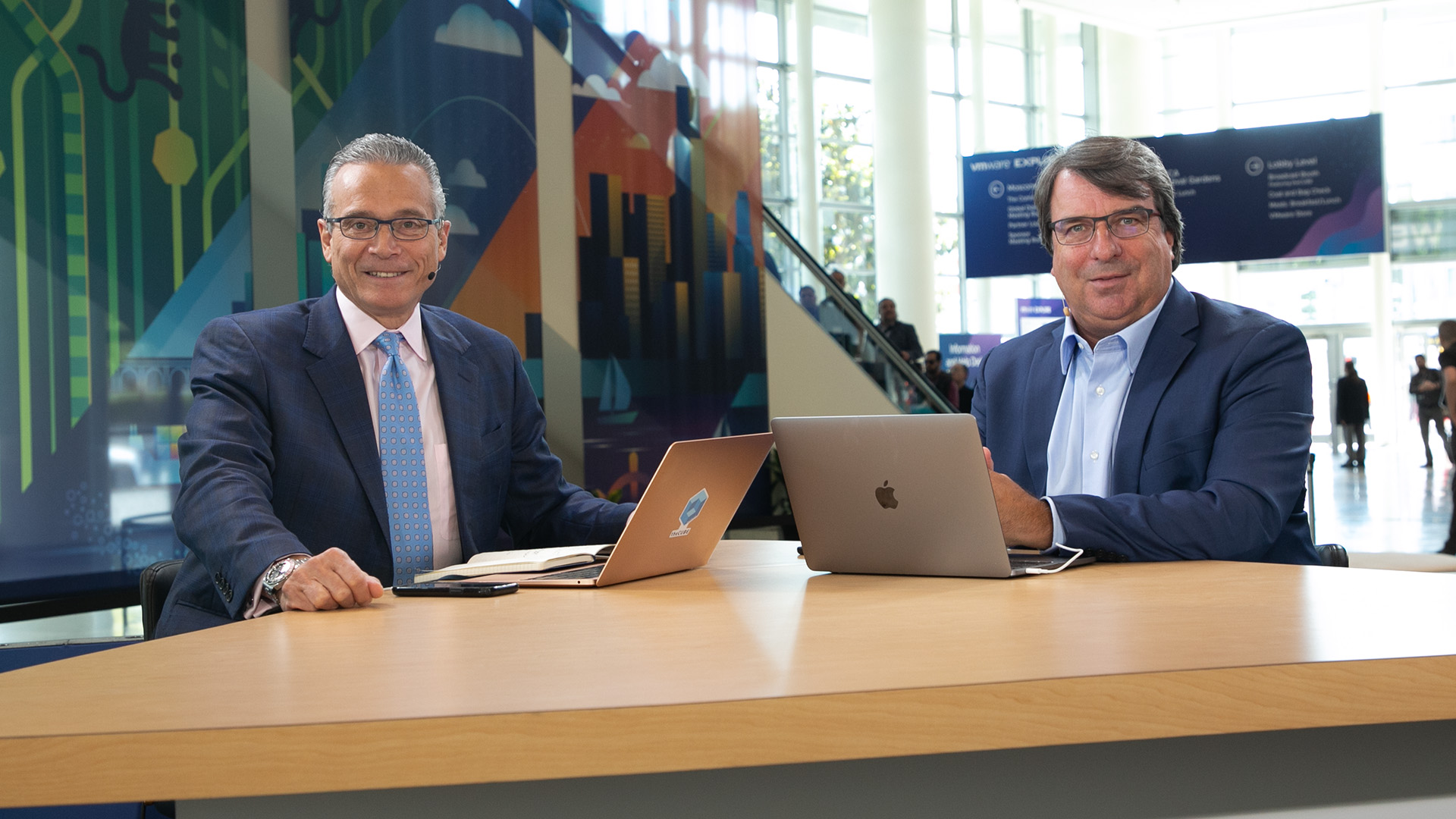 What is Hock E. Tan thinking? It’s a question VMware Inc. Chief Executive Officer Raghu Raghuram may have been asking himself as he kicked off VMware’s newly branded VMware Explore conference.

The Broadcom CEO’s presence in the audience created a groundswell of gossip, as attendees speculated how Broadcom’s plans for its $60 billion investment will affect VMware’s future.

“A lot of people are saying, ‘Does Broadcom recognize the strategic value of what’s coming out of the oven, so to speak, or what’s blowing off the tree from VMware?’” said theCUBE analyst John Furrier. “Broadcom’s in a tough position. They bought more than they thought in my opinion.”

Furrier was joined by theCUBE analyst Dave Vellante for the day one keynote analysis at VMware Explore, during an exclusive broadcast on theCUBE, SiliconANGLE Media’s livestreaming studio. They discussed the implications of VMware’s supercloud strategy on the Broadcom acquisition, as well as announcements made during the keynote. (* Disclosure below.)

What happens after Broadcom closes its acquisition just over a year from now is a really important question, “because VMware’s future is multicloud management, what we call supercloud,” Vellante said.

“If I’m Hock Tan, I’m saying VMware has to be a core component of the supercloud of the future,” Furrier said. “I think VMware is an opportunity. So, I look at that and say, I got chip options all the way up to the top of the stack and supercloud PaaS layer.”

However, Broadcom has made a promise to reach $8.5 billion in earnings before interest, taxes, depreciation and amortization within three years, Vellante pointed out. And the company has a tradition of following through on what it says it will do.

In a Breaking Analysis earlier this year, Vellante pointed out that VMware’s Tanzu cloud-native platform is “potentially on the chopping block” under Broadcom’s need to cut costs to meet this goal, and without the cross-cloud super-platform-as-a-service that Tanzu brings, VMware’s current strong position in the potentially $100 billion supercloud market future disappears.

With a lot of buzz on the show floor centered around the incoming wave of supercloud, will Broadcom go off its traditional playbook with VMware and back out of its EBITDA forecast in favor of potentially larger but less secure future gains in supercloud?

There are two options, according to Vellante. The first is to acknowledge VMware’s engineering strength and keep innovating, staying true to Raghuram’s multicloud course. The second is to “act like a private equity firm and just squeeze as much cash out of VMware as possible.”

Of course, the preferred choice of theCUBE and the VMware ecosystem would be for Broadcom to support VMware’s tradition for innovative software engineering. But “the question for Broadcom is going to be ‘OK, how fast can we monetize that engineering?’” Vellante said.

“This is not like Broadcom buying VMware and saying, ‘OK, hope we can service the customer.’ There’s a real market growth story here,” Furrier said.

As the floor rippled with speculation about VMware’s future, up on the keynote stage Raghuram was making announcements that left no doubt about the company’s current focus. VMware Aria, a new multi-cloud management platform built to complement VMware’s existing cloud management portfolio, is part of VMware’s “fundamental strategy for going cross-cloud or what we call supercloud,” Vellante said.

Updates to Tanzu were also announced, as was support for Red Hat OpenShift. And more big news came with the vSphere 8 and vSAN updates. The vSphere 8 update includes the ability to run on DPU chips, which marks a milestone in the evolution of Project Monterey, according to Vellante. The ability to work with multiple processing units — GPUs, CPUs, ARM-based, Pensando and eventually neural processing units — will enable VMware to support new data-driven workloads.

Although Amazon Web Services Inc. is far in the lead with its Project Monterey equivalent AWS Nitro, “it’s critical that a company like VMware is able to offer that capability,” Vellante said.

“You’ve got to always give VMware props. It’s not like they stopped engineering; they have a great engineering culture,” he added.

(* Disclosure: TheCUBE is a paid media partner for the VMware Explore event. Neither VMware, the main sponsor of theCUBE’s event coverage, nor other sponsors have editorial control over content on theCUBE or SiliconANGLE.)