News emerged recently that Toyota and Hyundai plan to sell private fuel-cell cars in China for the first time.

There wasn’t much press ballyhoo, and Toyota doesn’t even seem to have issued a press release, probably because the launch of the Toyota Mirai and Hyundai Nexo is very modest, initially around 50 cars per year.

Behind the scenes, though, there has been a significant regulatory change from the Chinese government, with the green light given for the carbonfibre Type IV gas tanks used in the Mirai and Nexo, potentially opening the world’s biggest car market to FCEVs.

“Previously, vehicles containing these tanks couldn’t be homologated for sale, but the restriction is now lifted,” Toyota told Autocar.

The news in China is the exact opposite to the trend in the UK, where Shell has just announced more closures of hydrogen pumps at its service stations, saying the prototype equipment needs updating.

Key sites on the M25 and M40 join the M4 site as closed. Shell will install replacements instead where heavy trucks can access them. Just 11 hydrogen pumps will remain in the UK.

In many ways, this isn’t surprising. In recent years, the UK government has been consistent in encouraging hydrogen use for heavy trucks, buses, off-highway vehicles, aircraft, domestic gas heating and steel production, the so-called “hard to abate” sectors, at the same time losing interest in private cars. 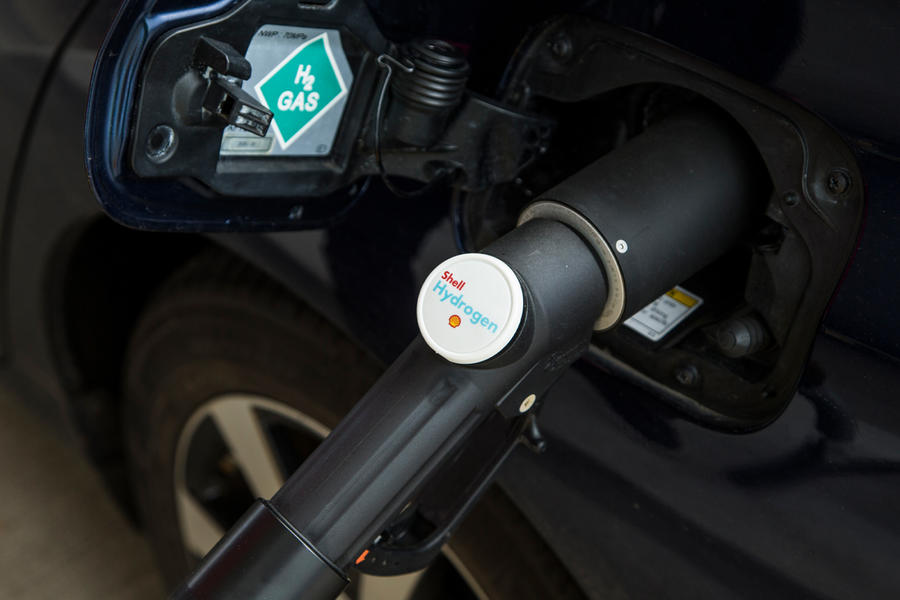 It’s easy to see why this has happened, governments and manufacturers are sinking trillions into battery-electric vehicles, crowding out FCEVs.

Yet globally and in the UK, the green hydrogen economy is on the verge of developing into a $2.5 trillion (£2.2 trillion) industry employing 30 million people by 2050, if forecasts by the Belgium-based Hydrogen Council (HC) prove correct.

The HC says up to $150 billion (£134 billion) of investment will be needed by 2030 to get this new industry into its stride, including a new trading system to ensure a global flow of hydrogen.

The green prize is 80GT of CO2 emissions abated globally until 2050.

With the potential of this enormous new industry dawning, surely it makes sense to hedge for potential difficulties in battery-electric technology with a parallel industry of fuel cell cars? This would be a longer-term vision, past 2030 towards 2040 and 2050 – in car-industry terms, just two product cycles away.

BMW and its chairman Oliver Zipse certainly think so, giving FCEVs an enthusiastic new impetus with a fleet of iX5 Hydrogen models due for launch in 2023 and encouraging words to journalists at the recent launch of the Rolls-Royce Spectre BEV. 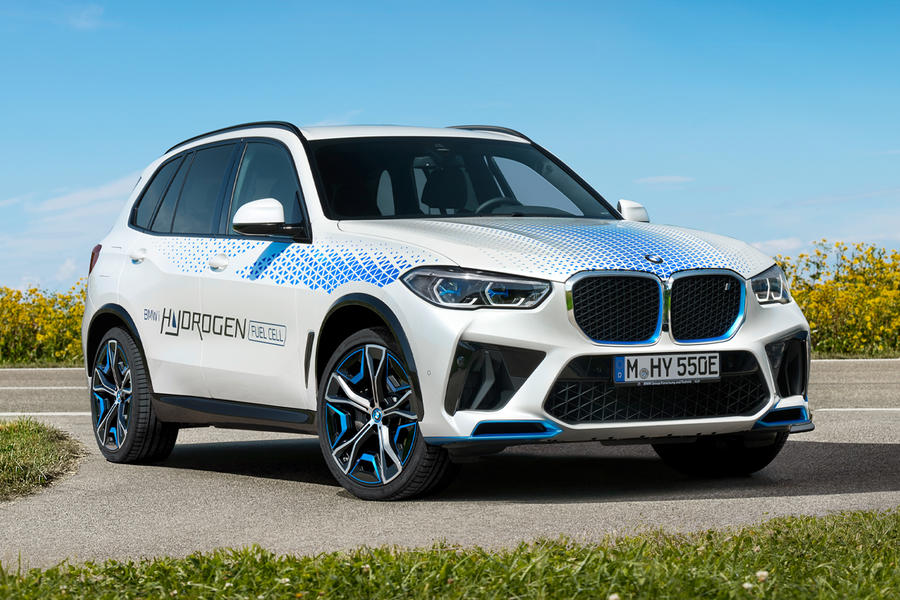 “After the electric car, which has been going on for 10 years and scaling up rapidly, the next trend will be hydrogen,” Zipse said. “When it’s more scaleable, hydrogen will be the hippest thing to drive.”

Yet even the latest UK government strategy paper from the Department for Business, Energy and Industrial Strategy, published last August, hardly mentions private fuel cell cars in its 120 pages.

This ambivalence has frustrated some in the car industry, and as one executive with long experience in the field told Autocar: “There have been three major reports going back to the mid-2000s on the UK hydrogen strategy, and private cars have been just about ignored in all of them. There are very influential people at a high level who absolutely don’t like hydrogen fuel cars.”

This constant negative messaging has certainly had an effect, and Autocar understands that FCEV pioneers like Toyota are in the UK concentrating on the heavy categories, despite global concerns that the long-term mass roll-out of BEV cars in the tens of millions poses strategic questions over long-term consumer affordability, availability and security of mineral supplies and manufacturing footprint.

Yet historically, the UK government has supported private fuel cell cars and the refuelling industry.

Seven years ago, Riversimple, Hugo Spowers’ vision for a low-carbon footprint ecosystem for making and selling the £370-per-month Rasa FCEV, was established thanks to £4m of government funding, £2m from the UK.

Since then, the Welsh government has developed a future energy strategy built around hydrogen, with the Rasa an integral element. 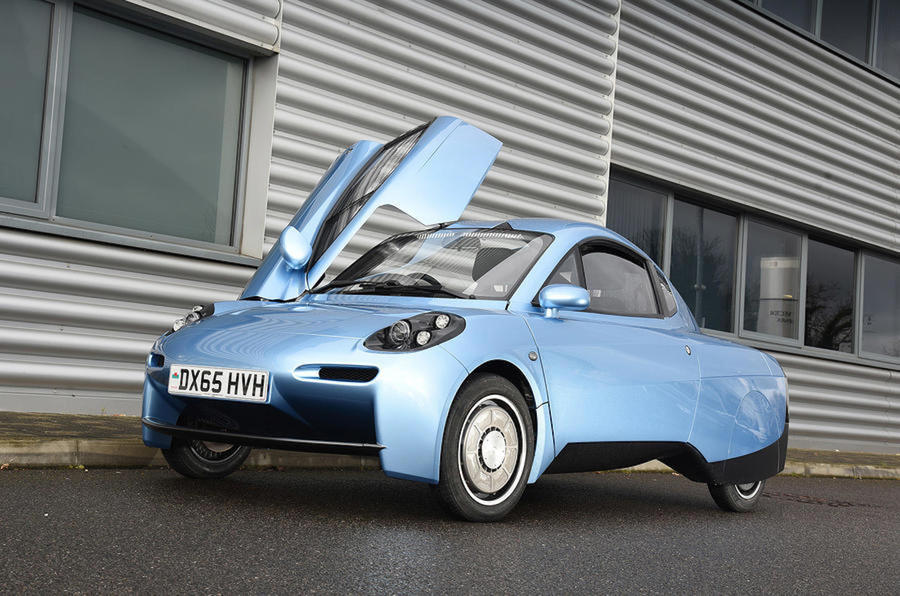 Spowers, a passionate advocate for fuel cells in private cars, is in no doubt that green hydrogen is a game-changer. “Policy should focus green hydrogen on the easy-to-abate sectors, like transport,” he said. “It makes no sense in this transition to focus on the hard-to-abate sectors, like steel. Let’s proactively go for the low-hanging fruit to displace carbon as fast as possible, in transport.”

Meanwhile, Sheffield-based ITM Power, whose equipment underpins the UK network of FCEV-refuelling stations from which Shell is retreating, is the world’s biggest manufacturer of proton-exchange electrolysers.

Johnson-Matthey and Ceres Power, with its solid-oxide fuel cell, are both word leaders in fuel-cell technology and are both developing manufacturing techniques for gigafactories to build fuel cells at scale.

But whether the UK takes advantage of these technology leaders and builds a large-scale fuel-cell manufacturing industry is still in the balance, it seems.

It was brought up in March 2021 at a House of Lords Science and Technology committee by Professor Nigel Brandon of Imperial College, a founder of Ceres Power. “The UK is not at the gigafactory scale in fuel cells, and we need to get there if we are to see the cost benefit,” he said. “But the UK is well placed in having a bedrock to build on, if that is what we choose to do.”

Hydrogen continues to be a huge part of the plans for England’s regional economic-development Engine structure. The Midlands Engine alone reckons it could have 19% of England’s hydrogen vehicle and infrastructure jobs by 2030. 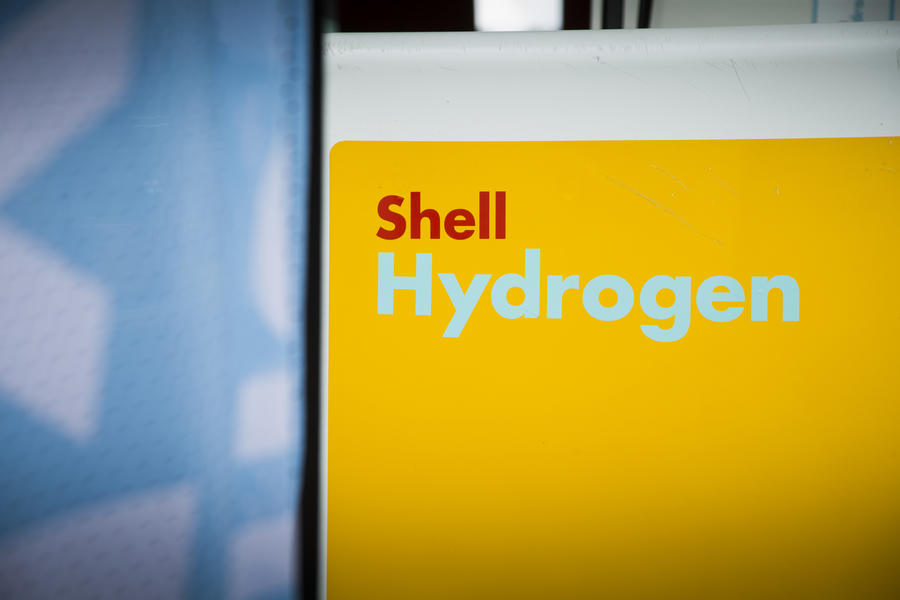 The chemical industry, in the shape of the UK Hydrogen and Fuel Cell Association (UKH&FCA), is in the vanguard of this march towards a new industry of hydrogen fuel, the “energy vector”, which it describes as a “huge challenge”.

Hydrogen previously has been a product for industrial processing, such as fertiliser, for example, but fuel-cell-grade hydrogen has to be of a much higher purity, requiring new manufacturing standards and processes.

On hydrogen use in private cars, CEO Celia Greaves is quite clear: “The issue is the Department for Transport has had no interest in supporting hydrogen fuel cars and there is generally an embedded ambivalence to hydrogen as an energy source for private cars. That’s an industry-wide recognised issue.”

Yet, while fuel-cell car and infrastructure investment is stagnating, the UK is on the verge of a new green-hydrogen revolution, posing the question: does the UK government really have a joined-up business and industrial strategy for green hydrogen?

An answer may soon come from the influential Carbon Trust, whose strategy papers guide government policy, and whose chair, Baroness Brown, is understood to have co-authored the business department’s Hydrogen strategy reports.

Despite listing more than 100 energy experts on its web site, the Carbon Trust couldn’t provide Autocar with a comment for this story, “as we aren’t in a position to speak about hydrogen vehicles just yet; we’re currently building out this capacity”. 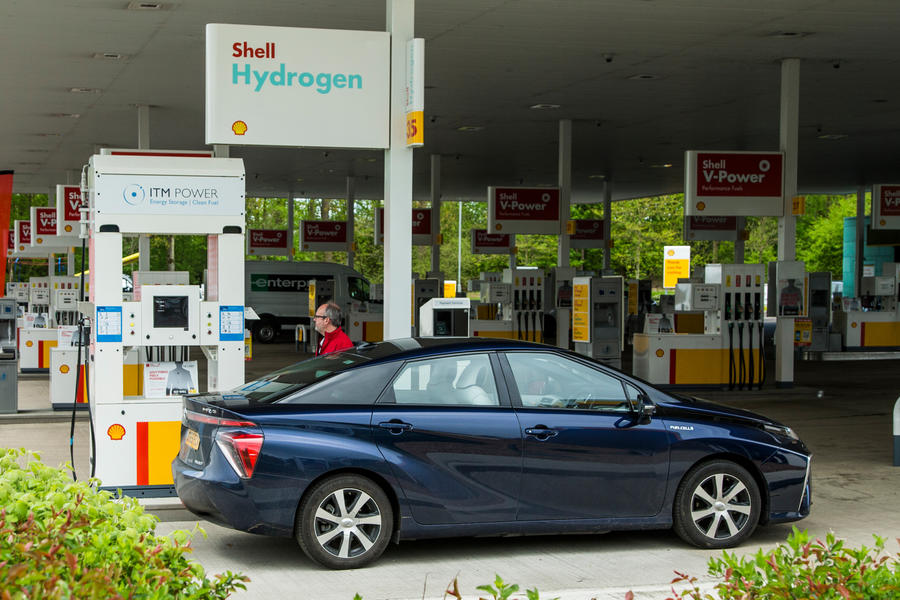 Given that hydrogen fuel cell cars have been a thing since the late 1990s, does the Carbon Trust’s cryptic answer suggest a U-turn on light-vehicle fuel cells is coming?

Certainly government support and industry investment is pouring into green and blue hydrogen (see panel), with nearly 30 major production/distribution projects proposed, having the potential to create 100,000 jobs by 2050. This year, £240m has been committed as a first step of the Net Zero Hydrogen Fund.

In fact, by 2030, the government has set a target of 10GW of hydrogen production, 5GW green and 5GW blue.

Responding to this strategic push, BP last week submitted plans for an 80MW green hydrogen plant – with potential to expand to 500MW – to open on Teesside in 2025 and become the UK’s first major hydrogen-transport hub, sufficient to power 10,000 heavy trucks. Yet still there was no mention of private fuel-cell cars.

Green hydrogen may not have all the answers for every private car, but fuel-cell cars can easily coexist with BEVs. The question is whether the government will allow them to.

There’s a danger that in the necessary push to scale-up a BEV industry, the UK is in danger of ignoring fuel-cell cars, despite being well-placed to put a fleet on the road and share the effort of pivoting away from ICE on the way to 2050 net-zero carbon.

In fact, the government itself recognises that “hydrogen has a critical role to play in our transition to net-zero”.

Maybe the UK should take China’s tiny new steps and interest in hydrogen and fuel-cell cars as a nudge to look again at the opportunities for green hydrogen to power private cars.

What is green hydrogen?

Green hydrogen is hydrogen produced by electrolysis using green electricity from renewable sources, such as wind and solar. Each MJ of energy rates 0.1g CO2 equivalent, which is much cleaner than other processes like grey hydrogen (reformed from natural gas), which rates at 84g CO2 equivalent.

Blue hydrogen, which is also part of the UK government’s long-term hydrogen strategy, is grey hydrogen with the CO2 produced offset by Carbon Capture Under Sea (CCUS). This rates 16g CO2 equivalent. The government has pledged £1bn to develop CCUS.