Hennessey has created an open-top variant of its Venom F5, fitted with the same 1817bhp Fury V8 engine and expected to become the world’s fastest convertible, with a claimed top speed over 300mph.

Created after an outcry from fans, the Venom F5 Roadster is nearly identical to its coupé sibling, bar the removable 8kg roof – which Hennessey calls a “work of art” and expects owners to display in their “art galleries” – and a glass window for viewing the engine.

The 6.6-litre V8 returns, mid-mounted in the same carbonfibre tub and connected to a seven-speed single-clutch automatic gearbox, which sends power to the rear wheels.

With that power, Hennessey expects the F5 Roadster to surpass its own ‘world’s fastest convertible’ record of 265.6 mph, currently held by the Venom GT Spyder, its last convertible, released 12 years ago. 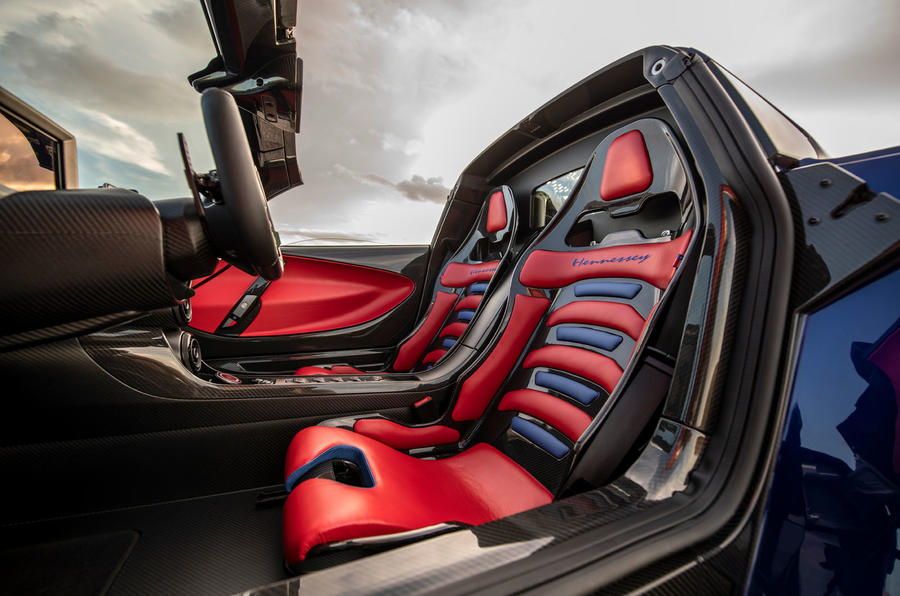 The American firm, notable for its speed-centric approach to car design, said the hypercar has been built to exceed 300mph, although it’s limited to a currently unspecified speed when the roof is removed.

A 0-62mph time has also not yet been specified, but expect it to be slightly slower than the coupé’s 2.6sec due to the roadster’s added 20kg of weight (now 1405kg) come about from the need for a more rigid chassis.

“If you go out and do 100mph in a fast car, then you go and get in a boat with the open top and go 100mph, you feel like you’re going 300mph,” boss John Hennessey told Autocar.

“I’ve been wanting to build the F5 Roadster because I just felt like the visceral feel, the sensation, the sound, hearing Fury [the engine] unleash all 1817bhp sitting right behind your ears, with the wind and just the overall sensory overload, [is something] which I personally enjoy and know some of our customers do and will as well.”