American tuner and supercar maker Hennessey has previewed a convertible version of its Venom F5 hypercar, which will make its debut at the Monterey Car Week later this month.

Named the Hennessey Venom F5 Roadster, it looks set to become the world’s fastest convertible. It was previewed in two images released by the Texas-based firm and will be fully revealed on 19 August at The Quail.

One image shows the 1817bhp drop-top’s silhouette in front of a sunset, with its main design features obscured by shadows.

Its general body shape is clear, but we can see the roof has been retracted.

When brightened by Autocar, the image reveals a set of LED daytime running lights and silver alloy wheels emblazoned with the Hennessey logo. 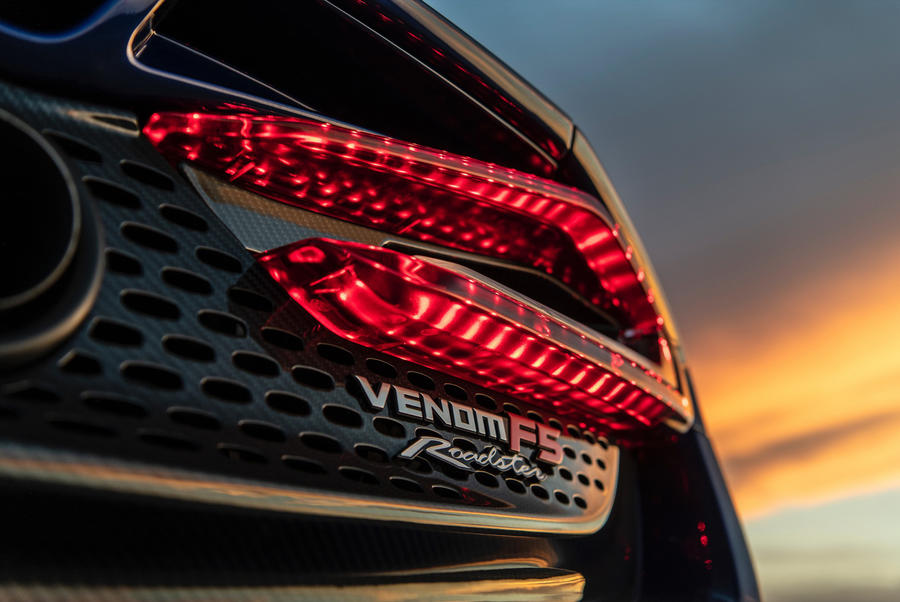 The second image shows the rear-light design, with a carbonfibre grille and a view of one of the four exhausts.

While we will have to wait until the Venom F5 Roadster’s full unveiling to see them, Hennessey says there are several new design features compared with the F5 Venom coupé.

The roadster features the same chassis and powertrain as the coupé, which is driven by a twin-turbocharged 6.6-litre V8 that produces a staggering 1817bhp.

Speaking exclusively to Autocar at the Goodwood Festival of Speed earlier this year, John Hennessey said his firm had already received “six to seven” orders for the car.