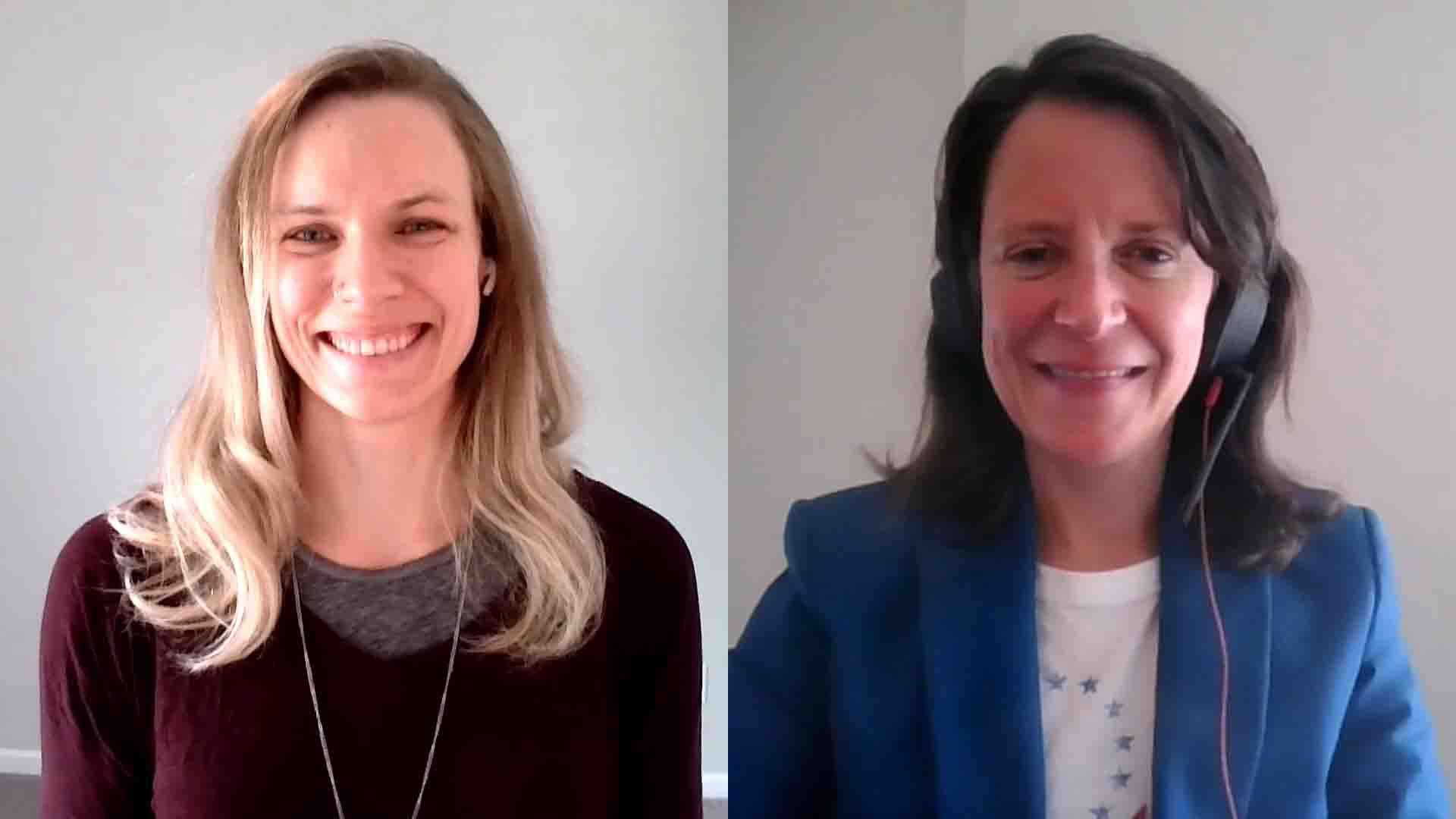 While it doesn’t proclaim it in any press releases, Honeycomb stands out for another reason: In an industry dominated by white, Asian and male entrepreneurs and executives, its chief executive officer, chief technical officer, and vice president of engineering are all women. And its overall leadership team tips the gender scales at five women to three men.

But even successful female entrepreneurs and engineers suffer from imposter syndrome. The reason Honeycomb hasn’t traditionally publicized its female leadership was from a fear that it would diminish its legitimacy as an engineering organization, according to Vera Reynolds (pictured, left), engineering manager at Hound Technology Inc. (DBA Honeycomb).

Recently, Honeycomb’s rhetoric has shifted: “We believe that with great power comes great responsibility, and we’re trying to be more intentional as far as using that attribute of our company,” Reynolds told theCUBE industry analyst Lisa Martin during the “AWS Partner Showcase S1 E3: Women in Tech” event, an exclusive broadcast on theCUBE, SiliconANGLE Media’s livestreaming studio. (* Disclosure below.)

Joining Reynolds for the interview was Danielle Greshock (pictured, right), director of partner SAs and worldwide ISV at Amazon Web Services Inc. They spoke about Honeycomb’s relationship with AWS and how both companies are prioritizing building diverse, equal and inclusive workforces.

Observability tools are replacing the older category of APM tools, which were designed for troubleshooting monolithic architectures and “just weren’t designed to help us answer questions about the complex distributed systems that we work with today,” Reynolds stated. Honeycomb’s datastore and query engine work with rich, contextual data and can detect patterns across billions of requests in as little as three seconds.

In an example, Reynolds describes a developer team that receives a report of users’ slowdowns. Thanks to Honeycomb, they can quickly establish that the issue is only occurring in a small subset of users that are using a specific language pack that was recently upgraded.

“It’s this level of granularity and being able to zoom in and out under data that allows you to understand what’s happening … even if everything else in your other tools looks fine [and] all of your dashboards are OK,” she said, describing how Honeycomb users can find and fix issues stemming from only customer feedback.

Honeycomb is built on AWS infrastructure, and its fast query engine uses AWS Lamba — but not in the traditional way. Honeycomb’s engineering creativity has led to a close relationship between the companies, as Honeycomb demonstrates to AWS how it can “draw outside the lines” of normal usage for its products. Honeycomb asks for early access to features and creatively tests them against Honeycomb’s customer needs. As AWS and Honeycomb share a large common customer pool, these creative use cases can be applied to the wider AWS ecosystem.

“We can be the guinea pigs and try things out in a way that … optimizes our own performance, but also allows other customers of AWS to follow in that path,” Reynolds said.

One example is a tool that Honeycomb built last year based on a new AWS Lambda extension capability. It enabled users to move telemetry data from applications running in Lambda into Honeycomb, and the “demand was win-win,” according to Reynolds.

One of AWS’ core leadership principles is to “seek diverse perspectives,” and it is this that drives Greshock’s hiring policy.

With those diverse perspectives in place, Greshock believes her team can build better products for its customers. And AWS encourages partners that have a vision to create a diverse, equal and inclusive workplace.

“Companies like Honeycomb that give customers choice and differentiate and help them to do what they need to do in their unique environments is super important,” she said.

Both Greshock and Reynolds started their careers as software engineers before becoming managers. Greshock worked independently in software development teams before joining AWS in 2014, while Reynolds, who described herself as a “generalist,” worked in web, mobile and platform development before gravitating into the developer tool space and becoming a manager at Honeycomb this past month. She admits a “fear of missing out” attitude led to her wide experience.

“Throughout my career, I was very much interested in ‘all the things,’” she said.

After realizing that it needed to become more intentional about its DEI initiatives, Honeycomb implemented a policy that managers should reach out to underrepresented communities before opening a job position to the wider tech community. This has led to Honeycomb forming partnerships with organizations such as AfroTech, The HUE Tech Summit and Latinas in Tech in order to have access to a more diverse field of candidates, according to Reynolds.

“The idea there is to kind of balance our pipeline of applicants, which the hope is will lead to more diverse hires in the long term,” she said.

Reynolds is currently hiring her first team member and has been working with the organizations she mentioned to “pre-load” her candidate list and give underrepresented groups a fair and equal opportunity for any job opening.

“Representation is very important,” Greshock stated. “I’m very happy to see all of our [ecosystem] engineering teams change as far as their composition, and I’m grateful to be part of it.”

(* Disclosure: Hound Technology Inc. (DBA Honeycomb) sponsored this segment of theCUBE. Neither Honeycomb nor other sponsors have editorial control over content on theCUBE or SiliconANGLE.)