Hydrogen and e-fuels “must be part of the solution,” says Horiba Mira CEO George Gillespie

“I believe we’ve reached peak BEV hype right now, but the harsh realities may well hit us in a few years’ time.” He cites the looming problems as the cost of components, which will elude lower income buyers, and the inadequacy of charging.

“The industry has produced wonderful cars,” he says. “Driving them is a dream. But they’re expensive — and the journey experience is a bit grim and getting worse. Early adopters and technical enthusiasts can put up with that, but average consumers not so much.

“Politicians say the answer’s simple: we should all go BEV. But the realities are going to hit — in agriculture, off-highway vehicles, trucks, buses, aircraft and shipping. Legislators should set outcomes, not ban technologies as they’ve done. Still, I’m pleased to see people talking more about hydrogen and e-fuels. Those must definitely be part of the solution. That’s why at Mira we’re installing our electrolyzer to produce green hydrogen. It’s going to be very important.”

Autonomous cars in the UK: the real story 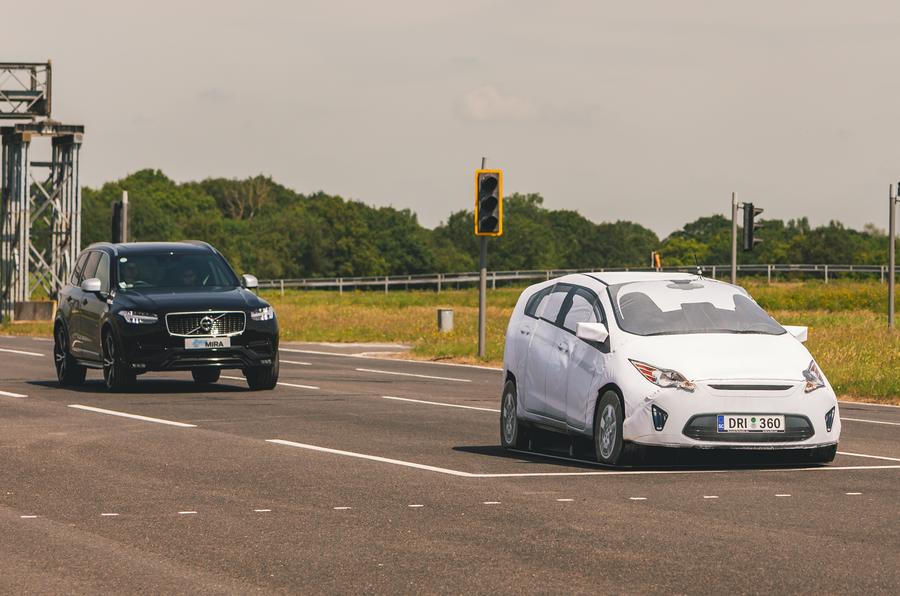 “A few years ago people started saying we should position the UK as the world’s centre for autonomous driving,” says George Gillespie. “One view was that this required a big computer at Oxford University with a lot of lights on it. My feeling was that the big R&D was already being done in US or China. Not much was in the UK.

“However, we do have world-class congestion. So instead of trying to be the next Silicon Valley for autonomous cars it made more sense to me to position ourselves as the test-bed for Europe. That needed a simulator, a proving ground, semi-public roads and an integrated network, all of which we have at Mira. The government understood, and invested £300m. With industry input that made £600m, and the result is we’re now the leader for the validation of autonomous technology in Europe.”

Gillespie believes we can already build effective cars to Level 4 autonomy, or Level 5 mobility pods in geo-fenced areas. By now, he says, we were all expecting to be travelling home from the pub in robotaxis. The reason we’re not doing it isn’t a tech shortfall but for “boring” reasons of insurance and corporate responsibility. “When you and I drive, we accept liability divided among thousands of insurance policies,” he explains. “With the vehicle in charge, the liability becomes corporate, spread over a small number of high value organisations. Finding ways for corporate lawyers to protect their employers is the stumbling block.