“Apparently ambition is a terrible, terrible thing — for a woman, that is — according to some.”

For Meghan Markle, “ambition” wasn’t a “dirty word” until she started dating one of the world’s most eligible bachelors.

In the premiere episode of her Spotify podcast, “Archetypes,” the Duchess of Sussex spoke about how she never realized being ambitious could be considered a negative attribute for a woman to have until 2016, when she was first linked to her now-husband Prince Harry.

“I don’t ever remember personally feeling the negative connotation behind the word ambitious until I started dating my now husband,” she admitted, while speaking with guest Serena Williams. “Apparently ambition is a terrible, terrible thing — for a woman, that is — according to some. Since I’ve felt the negativity behind it, it’s really hard to unfeel it.”

“I can’t unsee it either,” she added, “in the millions of girls and women who make themselves smaller — so much smaller — on a regular basis.” 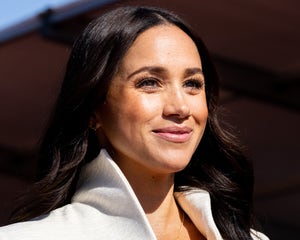 The retired pro tennis player agreed with Markle, noting, “Often women are definitely put in these different boxes when we are ambitious or when we do have goals or when we reach our goals, it’s a negative connotation on how we reach the goals.”

Markle said that men with ambition are seen in a more positive light than women who have the same drive. She added the uneven playing field is only heightened when children enter the picture.

“The double standard between how men and women are treated after having kids is so, so real. I’ve felt it,” she said. 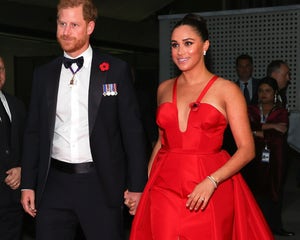 “[There’s] the misconception that if you’re an ambitious woman, you have an agenda, you must be calculating or selfish or aggressive, or a climber, and that if you’re that fierce or strong or brave, then you somehow deserve whatever gets thrown at you,” she concluded.

Markle revealed that future episodes of the podcast will “dissect, explore, and subvert the labels that try to hold women back,” focusing on terms like “diva,” “crazy” and “bitch.”

Celebrities including Mariah Carey, Mindy Kaling, and Ziwe are expected to join the Duchess of Sussex in future episodes.