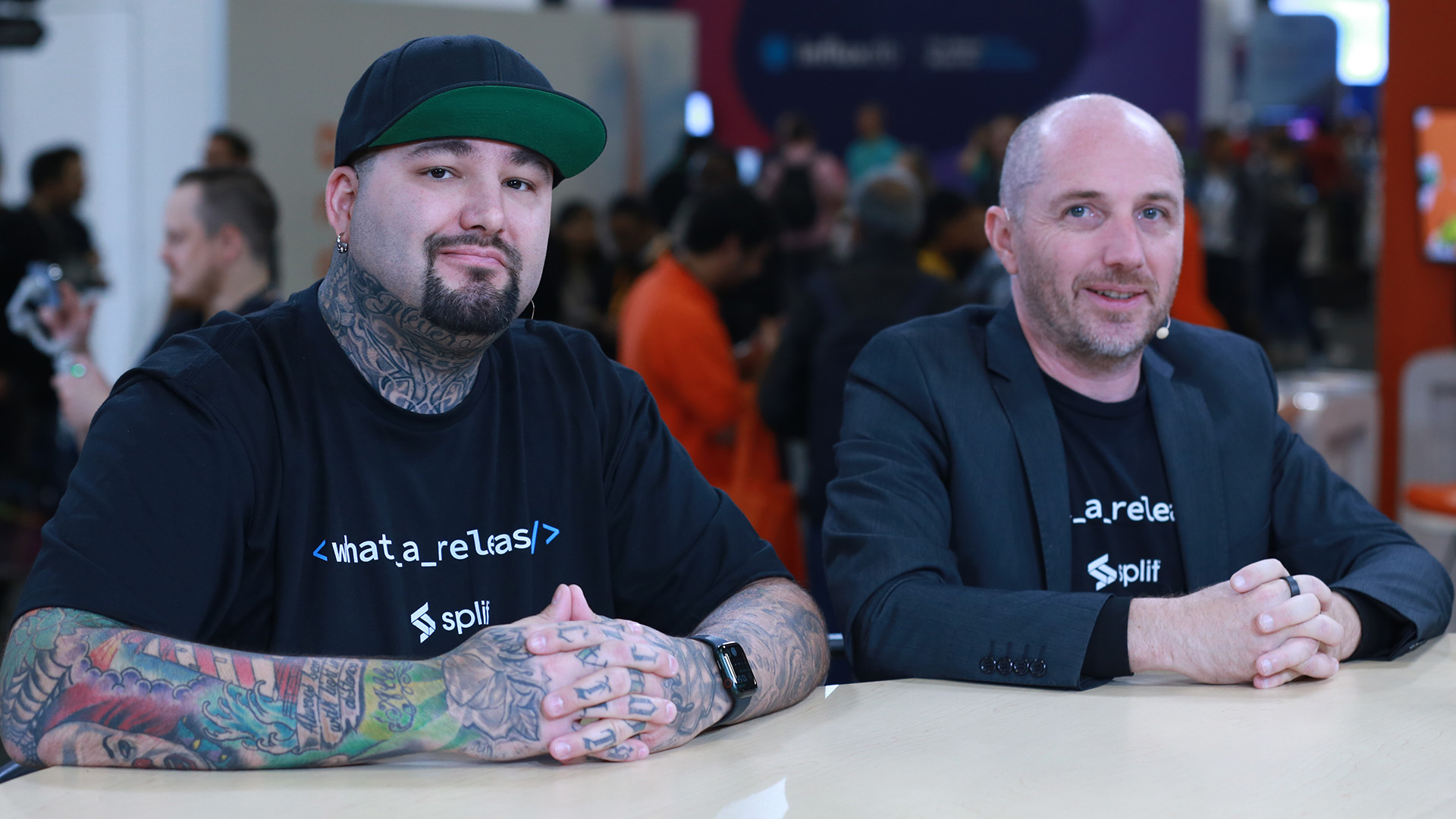 Agile software development methodologies allow organizations to be nimble and more reactive with their software.

Feature flags, if/else controls in code, allow teams to make changes without additional code. Split Software Inc.’s feature flag tool embeds into computer code and allows for the control and activation of certain parts of that code as needed. Its functionalities extend to things like updates and new feature rollouts, according to Pierre-Alexandre Masse (pictured, right), vice president of engineering at Split.

“It allows you to really validate things in a much better and sure way and to also attach measurements to it,” Masse said. “So, when you’re writing your new feature, you just put essentially an ‘if’ statement around it: If my feature flag is on, then I actually do all those things. And if it’s off, then I don’t do any of those things. And then, within our platform, you can control the activation.”

Masse and Chris DeMars (pictured, left), developer advocate at Split, spoke with theCUBE hosts Lisa Martin and Paul Gillin at AWS re:Invent, during an exclusive broadcast on theCUBE, SiliconANGLE Media’s livestreaming studio. They discussed the company’s feature flags solution and how it allows for autonomy between different teams within organizations. (* Disclosure below.)

Bringing a powerful tool to the developer mainstream

Feature flag is handy in a lot of critical software scenarios, from segmented rollouts to beta and A/B testing, according to Demars.

“It’s an amazing piece of any part of the stack,” he explained. “I’m a Web accessibility and a UI specialist, and being able to control the UI with a feature flag and being able to turn on and off those features based on percentage, locale, all of those things, it’s very, very powerful.”

The use cases also extend to the backend, where things can be validated for functionality across multiple scenarios, according to Masse.

“We use it also for a lot of backend services and changes and a lot of even infrastructure changes where we can control the traffic and where it goes,” he said. “So we can validate that things are operating the way that they should before we fully go to market.”

(* Disclosure: Split Software Inc. sponsored this segment of theCUBE. Neither Split Software nor other sponsors have editorial control over content on theCUBE or SiliconANGLE.)