The weight distribution is unusually balanced for a muscle car too, at 42:58 front to rear. This is thanks to the centrally mounted main battery pack, which concentrates weight at the centre of the car, rather than at the front axle, as might be expected with a hefty Detroit V8.

Charge’s rear sub-frame and motor assembly weighs 298kg, a little heavier than the front sub-assembly, and when added to the weight of the aft-positioned secondary battery pack, it biases the weight rearwards.

Although production is still in the ramp-up phase towards the 2023 Job One, Charge has, like every car maker, an advanced model programme and is eyeing up its next EV. 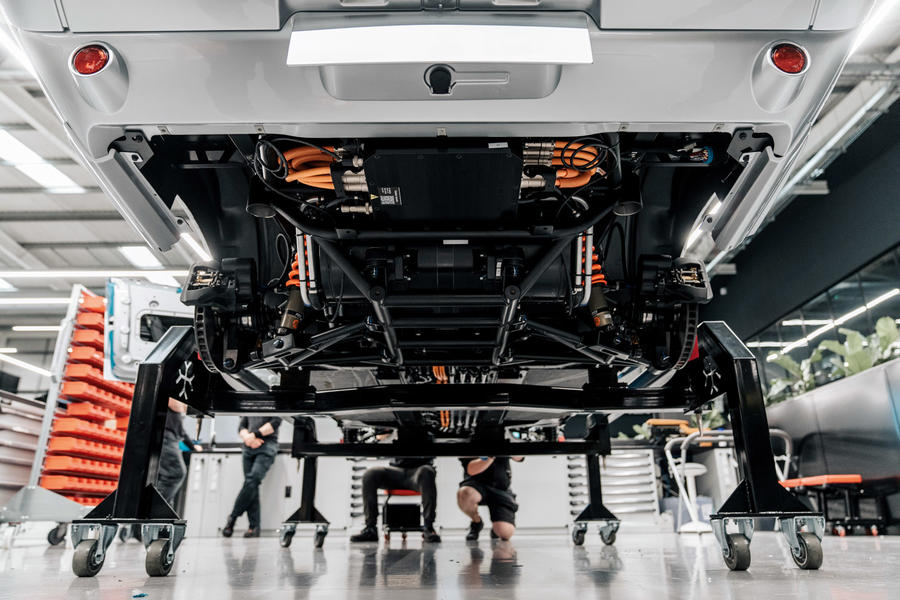 “We’re talking almost daily about Project 2,” says Roberts. “It could be a another ground-up car or we could do our own design. As you can imagine in a car-mad company like this, there are a lot of ideas.”

In industrial terms, the battery-electric technology and motors would be carried over, probably in a new and improved generation, but what form the body should take is still hotly debated.

A convertible would work, although Roberts rules out a “small open-top car” – like a classic British roadster – as not compatible with the sizeable battery pack needed for a decent range. Intriguingly, he says there are certain designs “beyond a certain age” that could be used without the need for a licensing deal.