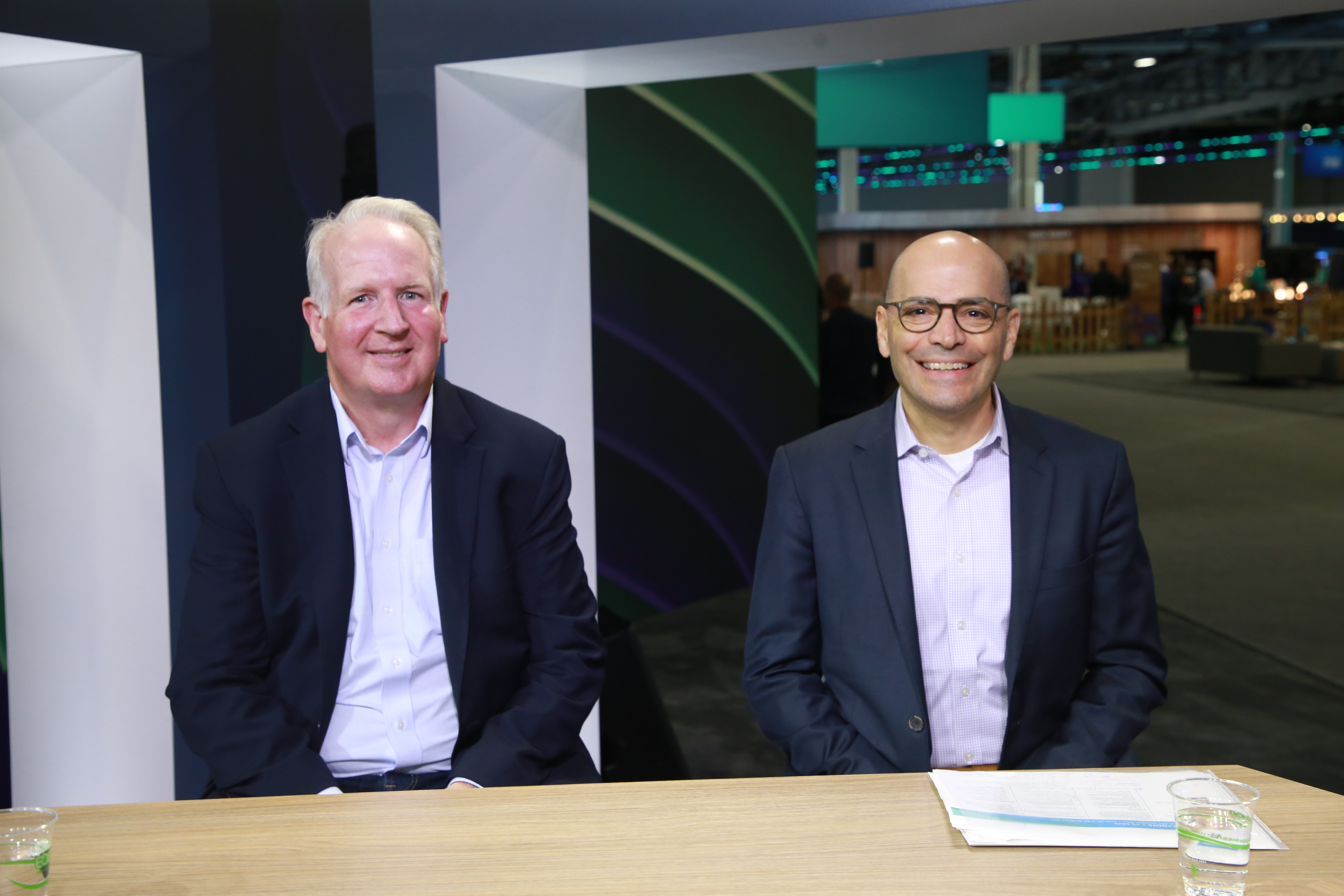 Is HPE GreenLake cloud? Ask executives from one of the big-name public cloud providers, and they’ll probably tell you no. Ask an HPE exec, and they’ll say it is.

But what do the independent analysts think?

“What HPE is doing is cloud, because it’s really about how you present the services and how you allow customers to engage with the platform,” said Matt Eastwood (pictured, left), senior vice president of infrastructure and cloud at International Data Corp. “So they’re actually creating a cloud model.”

Whether HPE GreenLake is cloud or not may seem a semantic distinction, but it’s an important one for the future of HPE. Cloud now accounts for 30% of a typical information technology budget, according to Eastwood. And getting a foot into the door of the as-a-service market is table stakes for traditional hardware companies such as HPE and its competitors Dell Technologies, IBM and Cisco Systems.

“Andreessen’s famous Wall Street Journal op-ed 10 years ago, ‘Why Software Is Eating the World” was absolutely correct,” said Del Prete. “We’re finding that software is seeping into every nook and cranny … if I’m not leaning into digital transformation, I’m dead.”

While HPE is predicting an overall slower growth than its rivals at only three to four percent, HPE GreenLake is experiencing a triple-digit increase in bookings. If this continues, it will eventually increase revenue for the company as a whole, according to Del Prete, who sees the GreenLake bookings number as the most important indicator of HPE’s future.

The current revenue estimates are due to “the classic SaaS trough that we’ve seen applied to an infrastructure company where you basically have to be in the desert for a long time,” he said.

The underlying strength HPE has over less established companies is its huge installed base, according to both Furrier and Del Prete. This plays out in the scenario where small platform providers can “throw a party and nobody comes,” whereas HPE’s bigger profile means partners flock to join its HPE GreenLake edge-to-cloud platform.

“They have the girth to really start to change an industry and change the way stuff is being built,” Del Prete said. “That’s the bet they’re making. And, frankly, they are showing progress in that direction.”

(* Disclosure: TheCUBE is a paid media partner for HPE Discover. Neither HPE, the sponsor of theCUBE’s event coverage, nor other sponsors have editorial control over content on theCUBE or SiliconANGLE.)