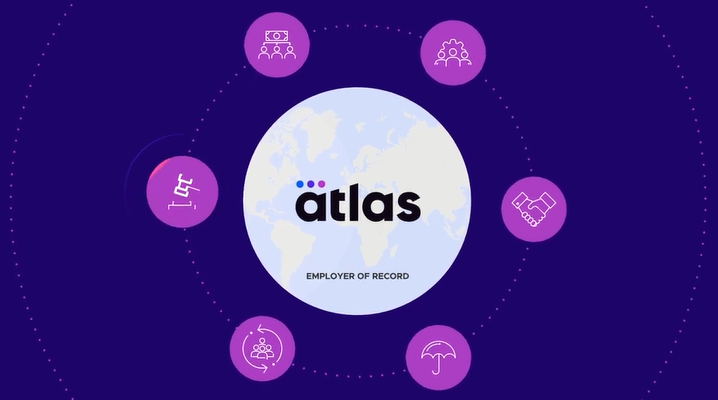 Atlas Technology Solutions Inc., a startup with a cloud-based human resource management platform, today announced that it has secured an investment worth up to $200 million from Sixth Street Growth.

The startup will use the Series B investment to fund international expansion and product development initiatives.

Previously, Atlas raised a $20 million funding round in 2020 from Guidepost Growth, a growth equity firm focused on the tech industry. The startup operated under the name Elements Global Services when it closed the round. It rebranded to Atlas this past June.

Establishing a presence in a new country often requires companies to create a local subsidiary, which can take months and incur significant costs. Atlas’ platform eases international expansion initiatives. The platform provides so-called employer of record, or EOR, features that promise to reduce the amount of time required to carry out international expansion initiatives by as much as 82%.

Atlas operates subsidiaries in more than 160 countries. Through those subsidiaries, the startup can hire workers on a company’s behalf in international markets and manage related tasks such as payroll processing. Atlas says its approach removes the need for organizations to create their own business units in the countries where they seek to establish a local presence.

Atlas also provides other features as part of its platform. The startup offers analytics tools for tracking metrics such as the number of workers a company has in each country where it operates. Moreover, Atlas provides access to a knowledge base that HR teams can consult to understand the local regulations in each country.

“The future of work thrives across borders and cultures,” said Atlas founder and Chief Executive Officer Rick Hammell. “Atlas is enabling companies to seize the opportunity to be competitive, flexible and borderless.”

The company says its platform is used by thousands of companies. Its customer base includes Toyota Motor Corp., publicly traded food delivery provider Delivery Hero SE and other major enterprises.

Atlas also works with fellow startups. It says that its platform can help emerging tech companies reduce the costs associated with establishing a presence in a new country by as much as 85%. Moreover, Atlas promises to reduce the amount of manual work involved in the process.

To grow its market presence, Atlas will use its newly announced funding round to enhance its platform’s capabilities. The startup will add more self-service and automation features to the platform, as well as invest in software localization. It intends to expand its international customer service operations in parallel.