The HiPhi Z is powered by a 120kWh battery pack, giving it a claimed range of around 705km (438 miles). HiPhi said the saloon is capable of achieving 0-62mph in 3.8sec but didn’t share a top speed figure.

Under the skin, the HiPhi Z makes use of aluminium double-wishbone air suspension at the front and a five-link system at the rear. It also features rear-wheel steering and an advanced dynamic vehicle-control system.

Human Horizons claimed the HiPhi Z’s steering set-up gives it a turning circle similar to that of the Mini hatchback, despite measuring more than 5036mm long, 2018mm wide and 1439mm high.

Its exterior features a wrap-around light curtain and intelligent doors that are able to detect keyfobs, other vehicles and people.

It also benefits from a rear spoiler to adjust levels of drag and lift, which Human Horizons says improves performance. 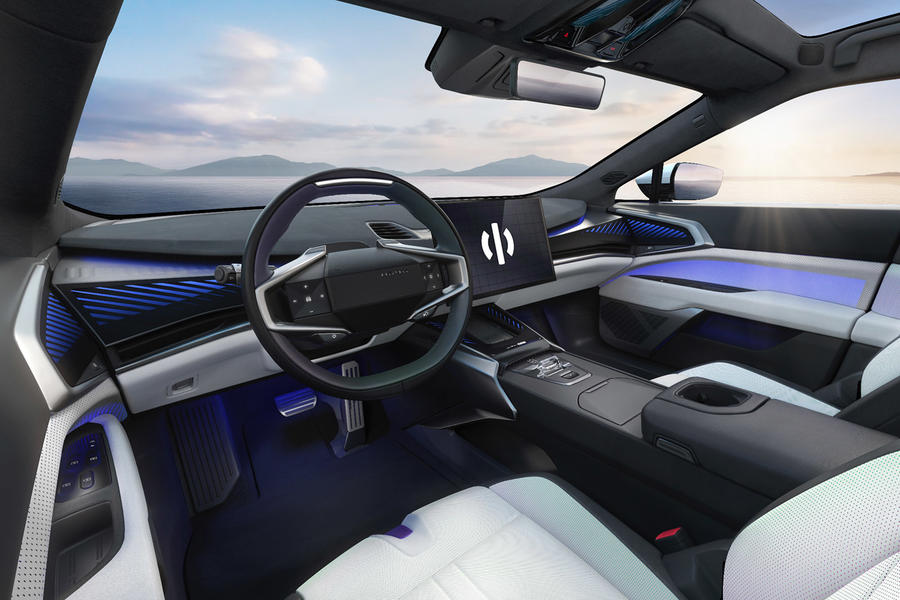 Inside, the HiPhi Z makes use of an “ultra-futuristic, spaceship-like digital set-up” with a modern artificial intelligence (AI) system called HiPhi Bot, capable of adjusting the conditions for occupants.

The system is also equipped with a high-speed robotic arm, which is said to feature a control accuracy of up to 0.001mm and be able to “perform a variety of delicate movements with barely a noise”.