The Hyundai Kona has been radically redesigned and extended in all dimensions to cement its foothold in the fiercely fought crossover market.

It’s 150mm longer than the current Kona (at 4355mm), it’s 25mm wider and it sits on a 60mm longer wheelbase. These increases, Hyundai says, provide “maximised living space” in the revamped cabin, which hosts a similar wrap-around digital driver display – in the form of dual 12.3in displays – to the Ioniq 5’s. These screens have been coupled with physical buttons for the climate control and heated seats located on a floating module just underneath.

Extra space has also been created for passengers, as well as baggage, both in the front and rear of the car. Some of this can be found in the centre console, where additional storage has been freed up after designers moved the gear shifter to the steering column.

The car has also been designed to “maximise” boot space, which will be larger than the current Kona’s 374-litre capacity. 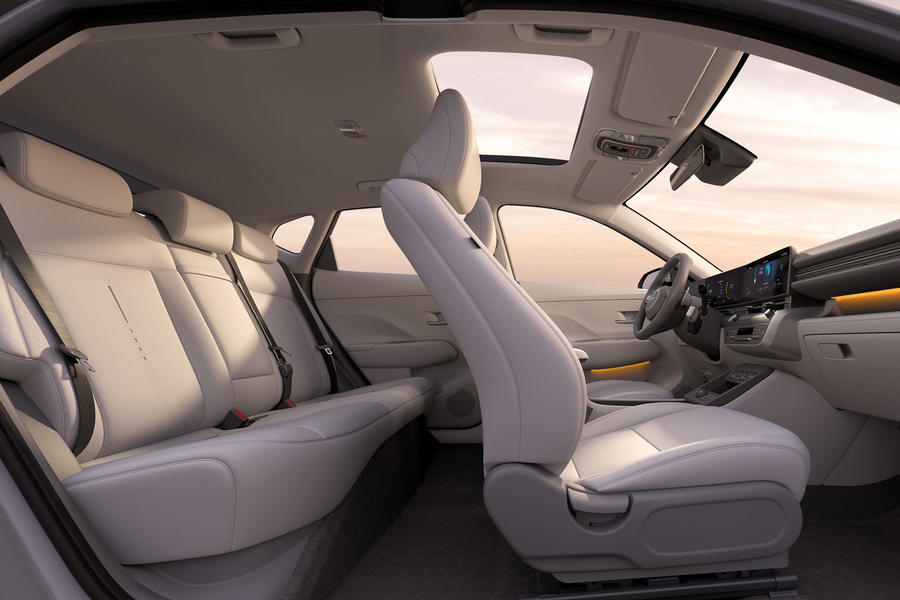 SangYup Lee, Hyundai’s executive vice-president and head of design, said the new Kona has been created to express a “bold and dynamic presence” on the road, adding: “[The] Kona has evolved in every respect to embrace an even wider range of diversity, to become a true lifestyle-supporter.”

The new Kona will sit on the same Hyundai-made K3 platform as sister brand Kia’s new Niro. This means that a similar array of powertrain options are expected to be available on the Kona, bringing petrol, hybrid and electric options to the UK.

A sporty N-Line model is due, too, although there’s no word on a new full-bore Kona N hot variant.