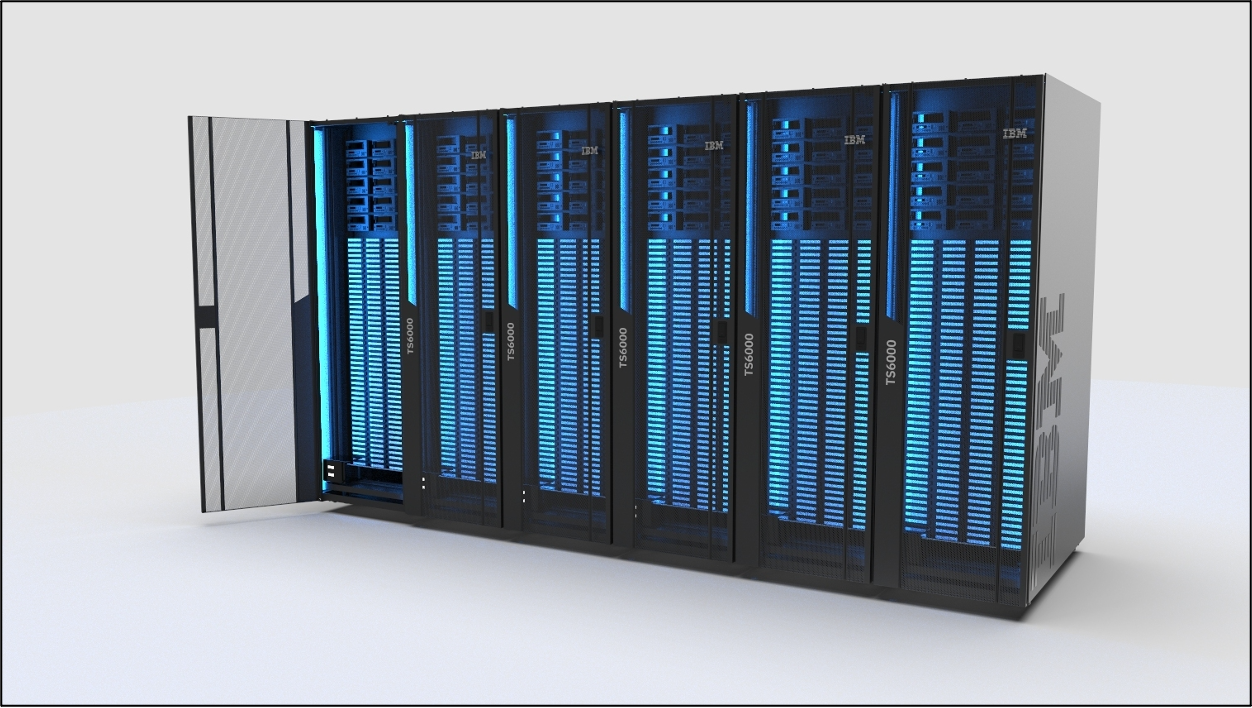 IBM Corp. is stressing security and sustainability with today’s announcement of a tape library for archival storage use that can be physically air-gapped to protect against ransomware and that the company claims uses 97% less power than spinning disks.

The IBM Diamondback Tape Library is aimed at organizations with very large archival storage needs that also want to be mindful of sustainability targets. It achieves a lower carbon footprint through the use of reduced power and cooling requirements and the fact that automated tape libraries consume no energy until accessed.

IBM estimates that tape consumes 83% less energy than disk storage. A study by the IBM Institute for Business Value earlier this year found that nearly half of CEOs said improving sustainability performance is one of the highest priorities for their organizations over the next two to three years.

Based upon a reference design created by the Open Compute Project, the 42u system supports up to 27 petabytes of data with guaranteed compression pushing that capacity to more than 65 petabytes. Capacity will more than double to 57 uncompressed petabytes when a new generation of tape drives hits the market, which customers can accommodate with a software upgrade.

The air-gapped feature allows the library to be taken offline or blocked from network access to prevent ransomware attacks from infecting backed-up data. Although the incidence of ransomware attacks declined somewhat in the most recent quarter, more than 305 million attack attempts were recorded in 2021 and 37% of organizations admit to having been victimized.

A feature of Diamondback checks for known ransomware signatures both before and after data is moved. “As data moves the metadata that goes with it gives the backup set a score to indicate that it’s clean and has been verified against a threat database,” said Scott Baker, chief marketing officer at IBM Storage. “We create a score that will tell you if the entire data set is clean or if there are problematic files.” IBM uses its own threat signatures for verification but can also work with those from other companies.

Development of the library was done in concert with what IBM calls “new wave hyperscalers,” or enterprises with very large computing needs. “They often haven’t been a good fit for tape before,” said Mike Kieran, an IBM senior product marketing manager. “We’re redefining around what the customers need because they are telling us that the prospect of ransomware is raising the prominence of tape.”

Baker said the announcement is an “opportunity to revitalize the value of tape storage. It’s an important part of de-risking the business and unburdening your primary storage devices.”

Although written off for dead many times over the past couple of decades, tape storage continues to persist because of its low cost and long life. IBM estimates that the tape cartridges can store data for up to 30 years and that the lifecycle cost of the Diamondback device is $15.74 per terabyte compared with $84 for hard disk and $239 for cloud storage.

And unlike hard disks, whose aerial density growth maxed out several years ago, tape capacity continues to improve. Kieran said that the amount of uncompressed storage on a single Linear Tape Open-formatted drive is expected to increase nearly tenfold from 18 petabytes today to 170 petabytes a decade from now. Innovations such as the recommended access order open function have also sped up retrieval times to the point that high-end tape libraries can almost rival the performance of commodity disks.