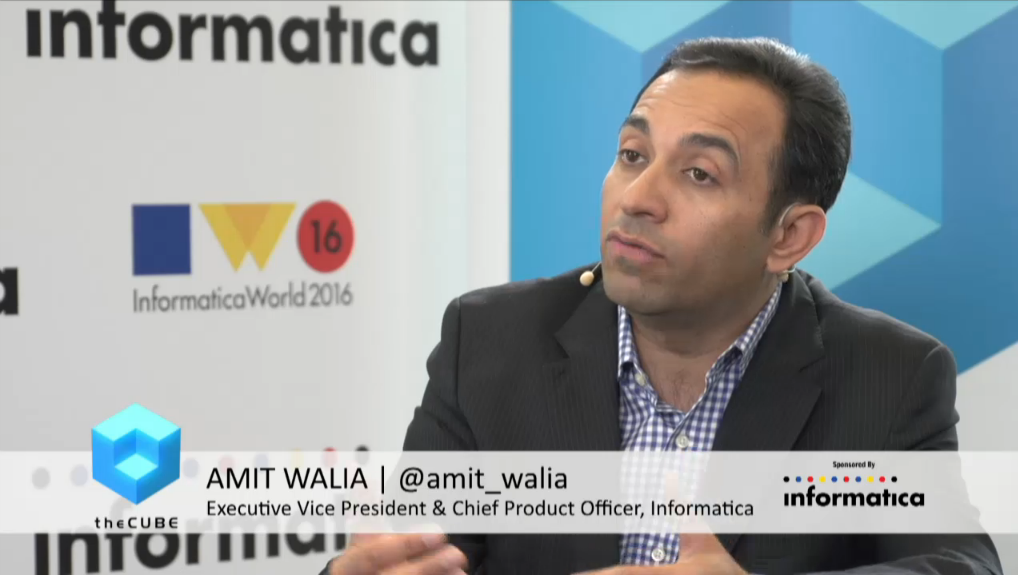 Informatica Inc.’s return to the public markets last October capped a six-year turnaround that saw the firm break out of its traditional niche as a data integration software provider and re-emerge as a multifaceted data management firm.

Although the company’s first post-initial public offering earnings report in February was a mixed bag and immediately preceded a broad selloff in tech socks that knocked 40% off the company’s value, Chief Executive Amit Walia said he has no regrets about the timing of the IPO.

“We’ve exceeded our cloud growth the last two quarters,” he said in an interview with SiliconANGLE. “We see more cloud growth and more partnerships. We’re investing for the long term, and if there are quarters where things don’t pan out, then that’s the way it goes.”

Informatica’s most recent earnings report should help quiet the skeptics. Annual recurring revenue rose 16% year-over-year, demonstrating that the company is delivering on its promise of shifting its entire revenue model from licenses to subscriptions. Cloud ARR jumped 42% and the number of customers that spend more an $100,000 annually rose 21%.

“We went from being a single-product on-prem company to a multicloud, multiplatform company,” he said. “We are the supercloud of the data management space.” Transactions in the Informatica cloud are growing 70% annually and customer renewal rate percentages are in the mid-90s. The company has done from processing 500 billion transactions per month for its customers to handling more than 38 trillion.

Walia estimated that the total addressable market size of the seven markets in which the company now competes is $44 billion, compared with just $7 billion for data integration alone. The new jewel in the crown is the Intelligent Data Management Cloud, a platform that analyst Jason Bloomberg recently described as being “as modern as its on-premises extract/transform/load tools are relics of the last century.”

IDMC isn’t a database management system that connects to databases in multiple clouds as well as customers’ on-premises infrastructure. “We sit on top of all of these databases to help with data management in the middle,” Walia said.

The system ingests, catalogs and governs data, applies data quality controls, and serves the master data management needs of companies with multiple data sources. At its core is Claire, which Informatica describes as an artificial intelligence-powered metadata intelligence and automation processor.

IDMC and other new portfolio products are the fruits of more than $5 billion of research and development the company spent during the six years it was privately held. All products are sold strictly on a cloud subscription basis, a major departure from the company’s on-premises roots.

‘We made the decision in 2016 that the digital world would be very different and we started creating new categories all as cloud-native products,” he said. “Between 2016 and 2022 we’ve gone from zero dollars in subscription revenue to over $1 billion and it’s growing over 30% a year.”

Part of the new message is that Informatica is all about metadata, or data about data. In a world in which data volumes are doubling every two years and organizations are struggling to integrate data of different types from a growing catalog of different sources, Walia said, metadata is the foundation of the next generation of integration tools.

“Customers waste time and money moving data from one database to another when they may only need to move 10% of it,” he said. “Using metadata, you pick the data and I’ll normalize and harmonize it. I personally believe long-term metadata will be the unifying system” for multicloud data management.

Although numerous well-funded startups are building technology to lets customers manage data no matter where it resides, Walia said Informatica is being careful to stay out of their way. He noted that the company’s recent user conference featured main-stage presentations by executives from Snowflake Inc. and Databricks Inc., both of which could just as easily be seen as competitors.