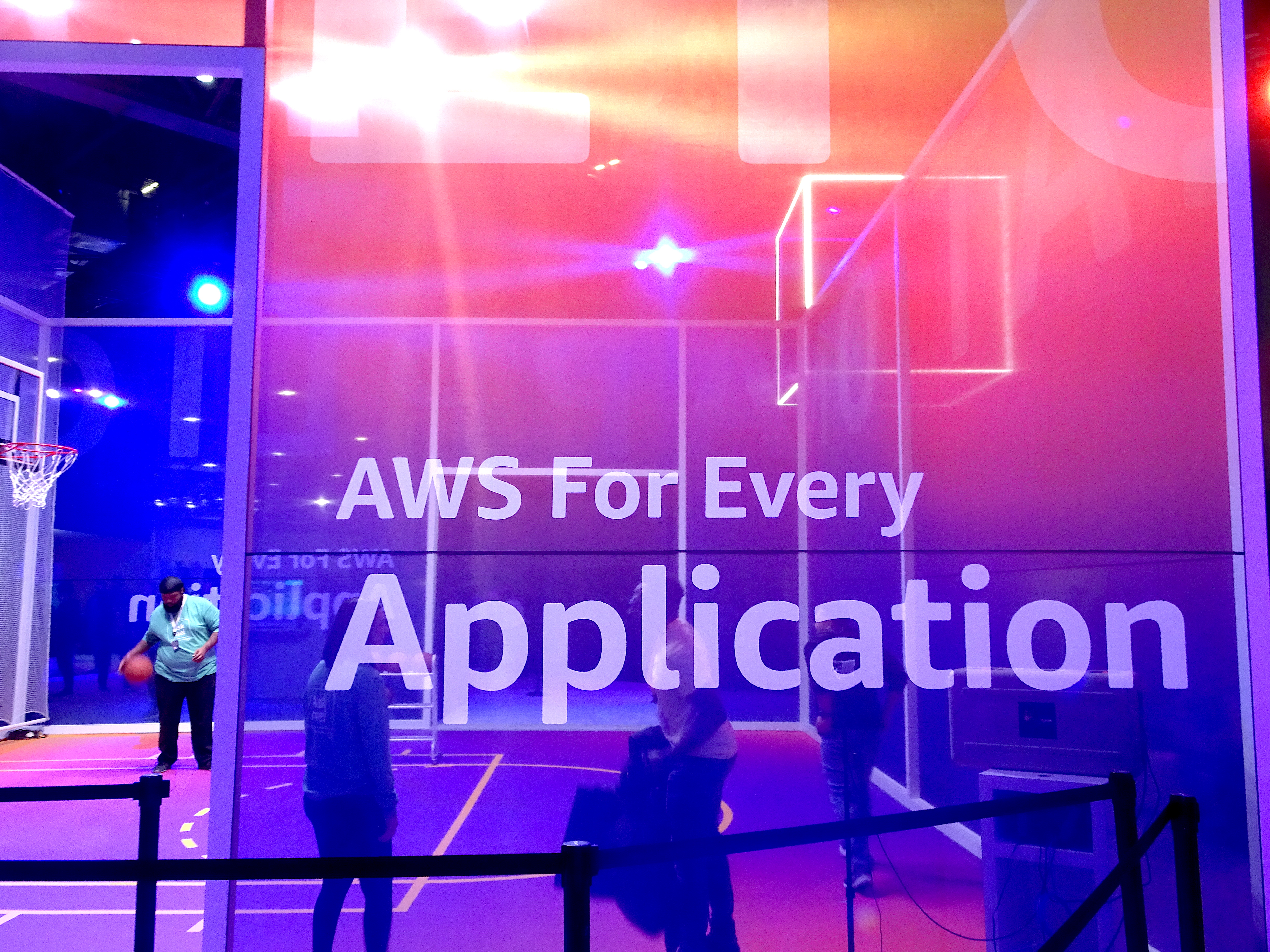 Massive throngs turned out for Amazon Web Services Inc.’s massive post-pandemic re:Invent conference in Las Vegas this week. As with its previous shows, AWS did not disappoint, with its laundry list of new and improved products, services and features.

For a company its size, AWS continued to do a remarkable job pushing the innovation pedal to the metal. Nevertheless, the most interesting innovation stories were scattered amongst the 350-strong exhibitors showing their wares in the Venetian Convention and Expo Center’s cavernous halls.

It took me 80,000 exhausting steps, but I managed to pare the list down to six of the most innovative vendors, plus a well-deserved tip of the hat to AWS itself. Here are my favorites:

AWS: Not just about cloud anymore

For all its innovation, AWS no longer emphasizes its core offering: cloud computing. Everyone takes the cloud for granted, of course – but this deemphasis reflects more Amazon’s recognition that it has largely won the infrastructure-as-a-service battle.

Instead, its focus has shifted to value-added services, in particular data- and AI-centric offerings. Also on the list: increasingly comprehensive support for application development efforts, especially when those efforts string together various combinations of AWS services.

As such, although individual products demonstrate AWS’s continuing innovation, how it enables its customers to combine services into increasingly sophisticated, high-performance applications is perhaps the most exciting part of the AWS offering today.

Managing and optimizing cloud costs: more popular than ever

Some vendors focused on CCO as an aspect of FinOps, providing information for chief financial officers and chief information officers to help them with the big picture of cloud budgeting. Other vendors took a more hands-on approach, helping customers adjust their cloud usage to avoid overspending.

The standout for innovation in the crowded CCO space was Zesty Tech Ltd. Zesty purchases storage and compute cloud resources on behalf of its customers, and then resells those resources to them on an optimized basis much like a gym membership.

Different customers consume more or fewer resources at different times without affecting the amount they pay. Zesty then passes along economies of scale to its customers.

Zesty’s core innovation is its artificial intelligence-driven prediction algorithm that enables it to set optimal pricing based on each customer’s expected cloud usage, thus optimizing customer cloud costs while still allowing Zesty to make a profit.

Observability is a crowded and noisy corner of the cloud management market, centering on tools that deal with various forms of telemetry, including log data, metrics, traces and events.

Coralogix Ltd. analyzes logs, metrics, traces and security data in real time. Where this company differs from other observability vendors, however, is how it can analyze three months of streaming telemetry data without requiring any storage.

The secret to Coralogix’s technology is an innovative alternative to traditional data indexing that provides real-time insights into observability data via the open-source, columnar Apache Parquet format. This novel approach to managing streaming telemetry data delivers insights into most types of incidents.

Sometimes, however, an event is entirely unexpected. For such situations, Coralogix also provides for an archive of telemetry data to support these “unknown unknowns” that fall through the cracks of the Parquet format.

Whereas Coralogix provides observability for anyone who needs visibility into the production environment, Helios (Heliosphere Ltd.) focuses specifically on the needs of developers.

Helios leverages the Open Telemetry specification to provide the visibility developers require into the behavior of their software. Helios is thus essentially a testing tool, empowering developers to investigate issues, reproduce scenarios and generate tests for cloud native applications.

Helios can even auto-generate test code that can run microservices through their paces, reminiscent of debug tools from a generation ago, but fully updated for the modern cloud-native context.

In contrast to those two observability vendors, Lumigo Ltd. provides observability specifically for AWS environments, including Kubernetes and serverless deployments on AWS. It originally focused on observability for AWS Lambda, but now Lumigo offers distributed tracing for the event-driven workflows that Vogels described in his keynote.

Lumigo’s core innovation is how it can trace interactions from one cloud service to another without requiring agents, code changes, or even the presence of correlation IDs. Instead, developers can simply orchestrate cloud services however they like, and Lumigo can provide the necessary observability to ensure developers, DevOps engineers and operators have the trace information they need to manage such workflows.

Cleaning up the cybersecurity mess

The large analyst firms have divided up the cybersecurity software marketplace into several individual product categories, each with its own acronym. The result is an alphabet soup of products that wreak havoc with any CISO’s must-have shopping list.

Uptycs Inc. flies in the face of this divide-and-confuse approach with a unified cybersecurity product that includes (deep breath) CNAPP, CWPP, CSPM, KSPM, CIEM, CDR and XDR. As a result, it helps its customers prioritize responses to threats, vulnerabilities and misconfigurations across the entire IT estate via a single pane of glass.

Uptycs continually monitors the behavior of all components of a distributed environment, identifying any suspicious patterns that might be the result of malware or any other threat.

Firefly considers itself a cloud asset management vendor, but that description doesn’t do the company justice. It continually scans for unmanaged, misconfigured and inefficient resources by looking at the IaC code that provides the continuous integration and delivery or CI/CD automation that moves software through its lifecycle.

Unmanaged resources are those resources that properly included in IaC workflows. The tool identifies them and can even generate the missing IaC code necessary to manage them. Firefly leverages its knowledge of cloud best practices to improve resource efficiency, for example, by recommending that applications span availability zones when appropriate.

The challenge of market maturity

AWS (not to mention Amazon.com generally) is a massive company, well-established as the leader in the cloud computing space. The cloud itself is now a given for most organizations as innovation has shifted to other areas of technology.

As the vendors in this article show, however, innovation remains alive and well across the cloud landscape, and re:Invent remains as inspirational and popular as ever.

As a repeat attendee of Macworld in the 1990s and InternetWorld in the 2000s, however, I have seen innovative markets with exciting conferences eventually peter out and fade away. Given the innovation this week, both within AWS as well as its broader ecosystem, however, re:Invent promises several more years of vibrancy.

Jason Bloomberg is founder and president of Intellyx, which advises business leaders and technology vendors on their digital transformation strategies. He wrote this article for SiliconANGLE. None of the organizations mentioned in this article is an Intellyx customer.