For the next couple of Yasa generations, believes Woolmer, the company’s technology will provide a strategic advantage for Mercedes and friends, but eventually (“perhaps by 2040”) it will spread wider. Ultimately, axial-flux technology should be commoditised, he says, but not yet.

As for Yasa’s awesome technical progress, Woolmer says that it has reached its fourth generation and can see the fifth on the horizon.

At all opportunities, he stresses the core benefits of axial-flux machines – “weight down, size down, cost down, efficiency up” – but believes that these things will only deliver their potential when future cars make best use of their advantages. 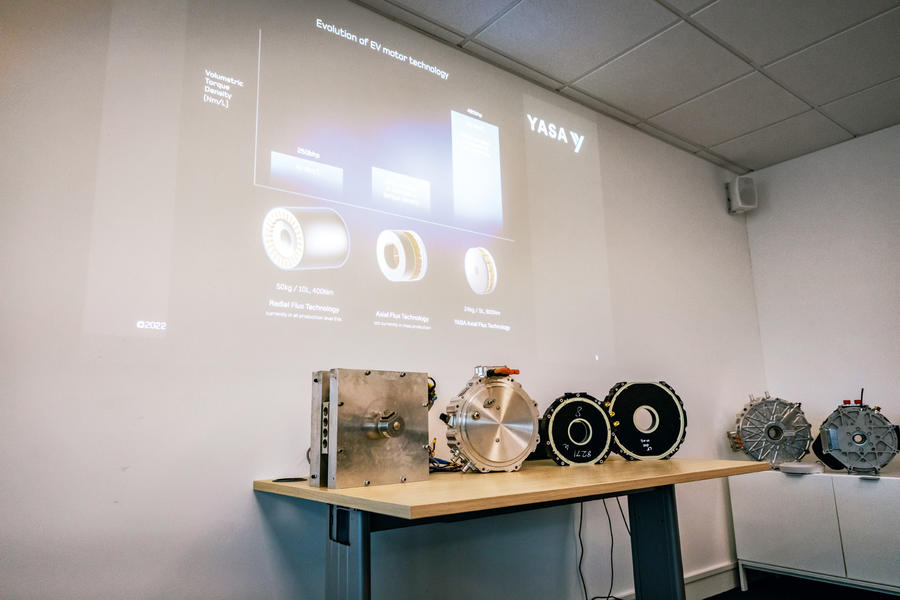 AMG EVs and later standard Mercedes models will utilise Yasa’s rapid progress in two stages, he explains. The first is illustrated in a “beautiful” new drive unit, already designed for an AMG, that incorporates a 1000bhp motor, inverter and epicyclic gearbox into a single torque-vectoring concentric unit on the rear axle. This unit’s likely effect on the freedom of vehicle packaging could be enormous.

Beyond that, says Woolmer, there’s a realistic promise of in-wheel motors, a live technology for which details remain super-secret. But it’s possible that Yasa’s sixth generation could create motors light enough, compact enough and powerful enough to be carried inside the wheel of a car, in unit with its hub.