It’s said that the average car comprises some 30,000 parts, and today’s machines are irrefutably as complex as ever.

One could argue that electric cars have simpler powertrains, but, from battery chemistries to motor cooling and advanced aerodynamics, the challenges they introduce are more granular and difficult to pin down.

This is where artificial intelligence (AI) comes into play. By modelling tests in excruciating detail numerous times, machine learning can separate variables from the veritable chaos that is a car in motion, where humans would struggle to.

BMW partnered with Monolith in 2019 to test whether it could identify the variables that determine whether the tibia (lower leg bone) breaks in a car crash.

Traditionally, this would be nigh-on impossible to identify. “If you take a crash test at BMW, then this is obviously something really complex: there’s thousands of components hitting the wall at 60mph,” explained Ahlfeld. 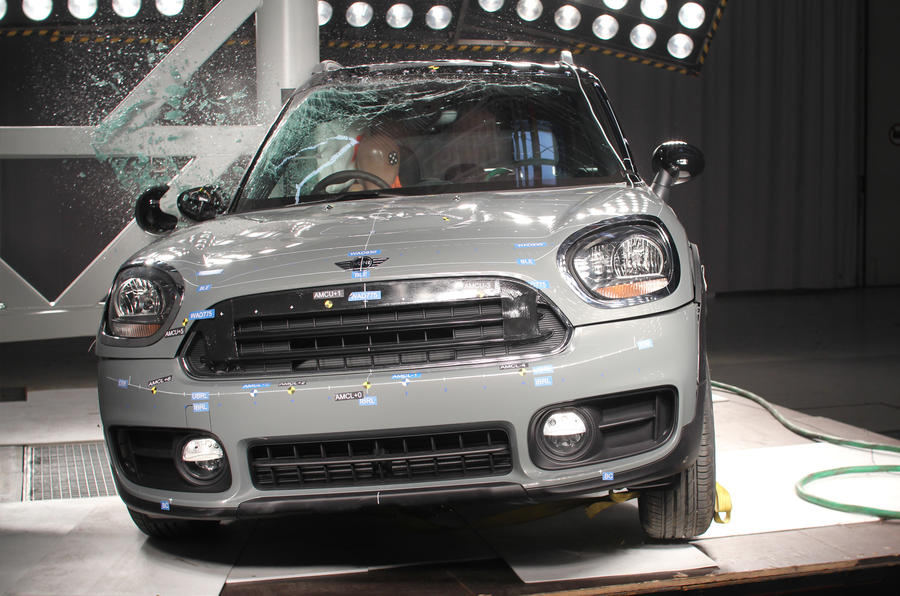 But by running historic crash test data through Monolith, varying vehicle mass and speed, BMW was able to better understand the tibia – and the point at which it breaks in a crash – without investing in more real-world tests.

Returning to the example of electrification, Ahfeld said: “Experts always love learning something new. They like it when they better understand how long the battery lasts [and] when the battery doesn’t work as they want it to work, so they can improve something.”

But that isn’t to say that the engineer’s input is completely removed. Ahlfeld explained: “[The tech says] here is the data, I’ve visualised to you what I think the important variables are, and I’ve made a prediction for you what is going to happen if you do this. But it’s up to the engineer to actually make the call and say: ‘I want to do this, that makes sense to me’.” 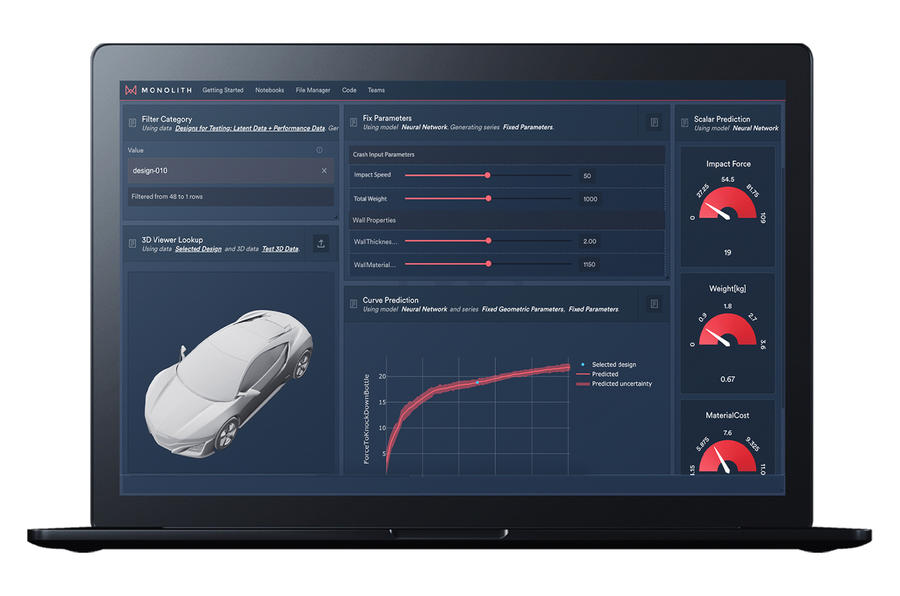 Dennis Clark, managing director of strategic venture partnerships at Honda Innovations, previously told Automotive News: “It’s not about replacing a human being; it’s about supplementing and augmenting their activities, and that’s really where we see, as a company, the value of AI. It almost gives us superpowers.”

It’s not just the depth of understanding that AI can improve but also the speed and cost at which it’s attained.

Monolith claims that its work with Honda – the specifics of which weren’t detailed – resulted in 83% fewer iterations to a part’s final design, compared with traditional engineering methods, saving substantially on time, money and material.

As for BMW, its costs for crash-testing are “cut by up to 80%”, according to a Monolith white paper.

Given that individual crash tests can cost anywhere between £10,000 and £1 million (according to a research paper from the 15th ISPE International Conference on Concurrent Engineering), the use of AI offers significant cost and time savings to the development of a new car.

As the scope of a project is reduced, the benefits offered by AI can grow significantly.

Since racing team Jota Motorsport began its partnership with Monolith, it has cut costs related to entering the Le Mans 24 Hours by 66%. It has also halved the time required to set its car up for each event, plus the number of simulations required, owing to the increased accuracy of each simulation as its database grows.

And the ease with which data can now be gathered means that applying AI isn’t strictly limited to big or historic firms with large data banks.

Discussing Monolith’s partnership with British start-up Ox Delivers, maker of the Gordon Murray-conceived Ox Truck, Ahlfeld explained: “If you look at the way data is distributed, 30 years ago there was very little but now it’s [growing exponentially]. Lots of new data is coming into the pipeline every day.

“And so the way new companies [operate] is by collecting a lot of information. They will run many more simulations; they will [use] lots more sensors on their test equipment.

“So when we’re looking at those new companies like Ox Truck, they will say: ‘We already have a really early stage prototype where we’re getting data on how long the battery lasts and our performance; can we use that immediately to do analytics to improve the battery performance?” 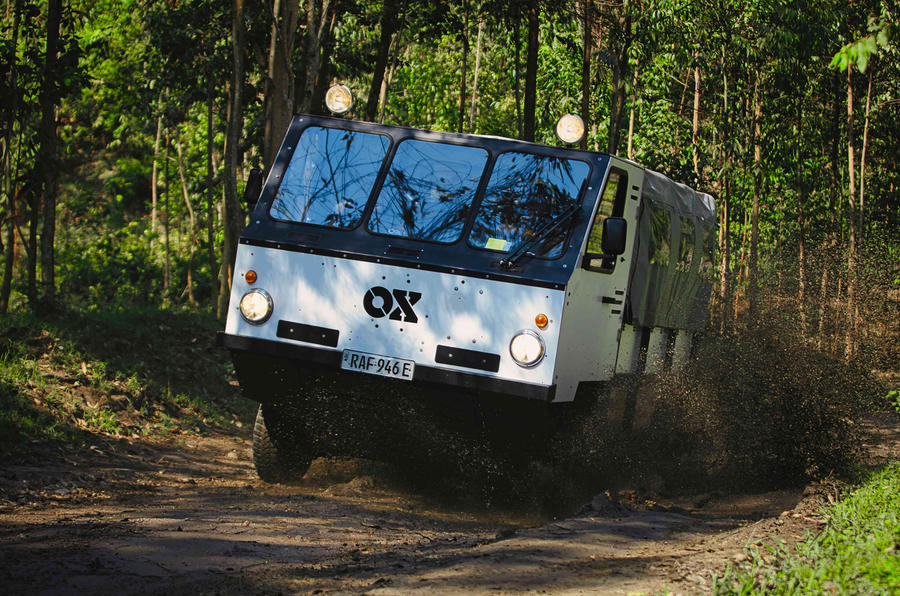 “We’re trying to build a bit of a benchmark library,” noted Ahlfeld. “But it’s definitely a bit of a slow process, because it can’t just have 100,000 [contributors]. I wish I did.” 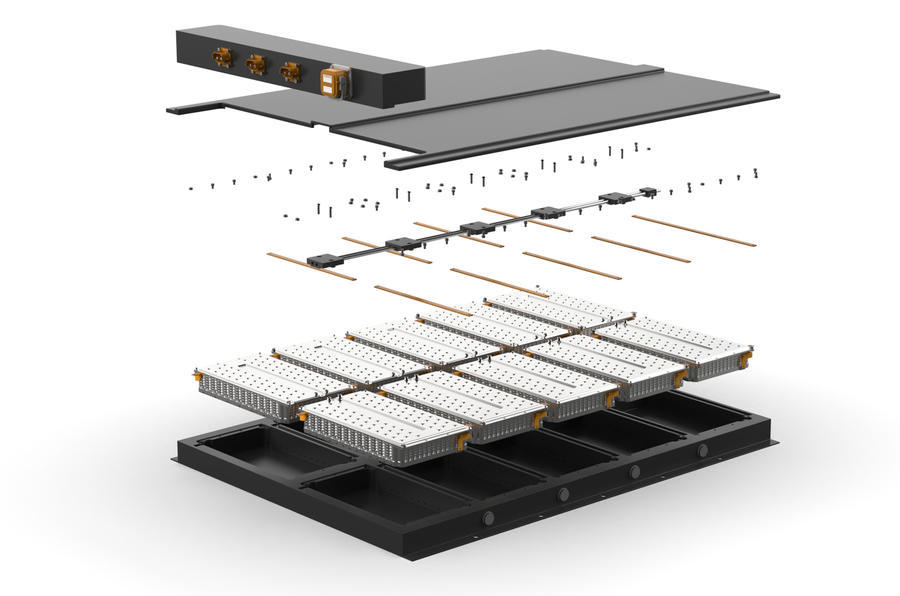 Rather than using AI, its battery-design platform applies traditional optimisation algorithms to user-defined dimensions, cramming as much capacity into a set volume as possible.

Ionetic’s software reportedly redesigned an EV conversion company’s battery pack to boost its capacity from 40kWh to 88kWh without altering its footprint.

The firm also plans to offer its own production capacity from late 2023, which it claims would cut the development cost for a bespoke battery pack from £40-80 million down to £4-10 million.

This would allow some to replace the commonly used Tesla Model 3 or Nissan Leaf batteries, making their products more competitive with those from major manufacturers.

James Eaton, CEO and co-founder of Ionetic, told Autocar Business: “I really want to see these companies thrive in [the electric transition] and not die in this change.

“I think it’s important that we come up with solutions that are better from an engineering perspective, that are cheaper and actually make the business case work. And we’re really motivated to support niche vehicle manufacturers; we really want to see them succeed.

“Fundamentally, [they] often [make] the most exciting projects or the most critical for society: buses and trucks and parcel delivery vans, all the things that make society operate. But they also make the vehicles that are most exciting: the cars that you think of when you think of British auto makers.”