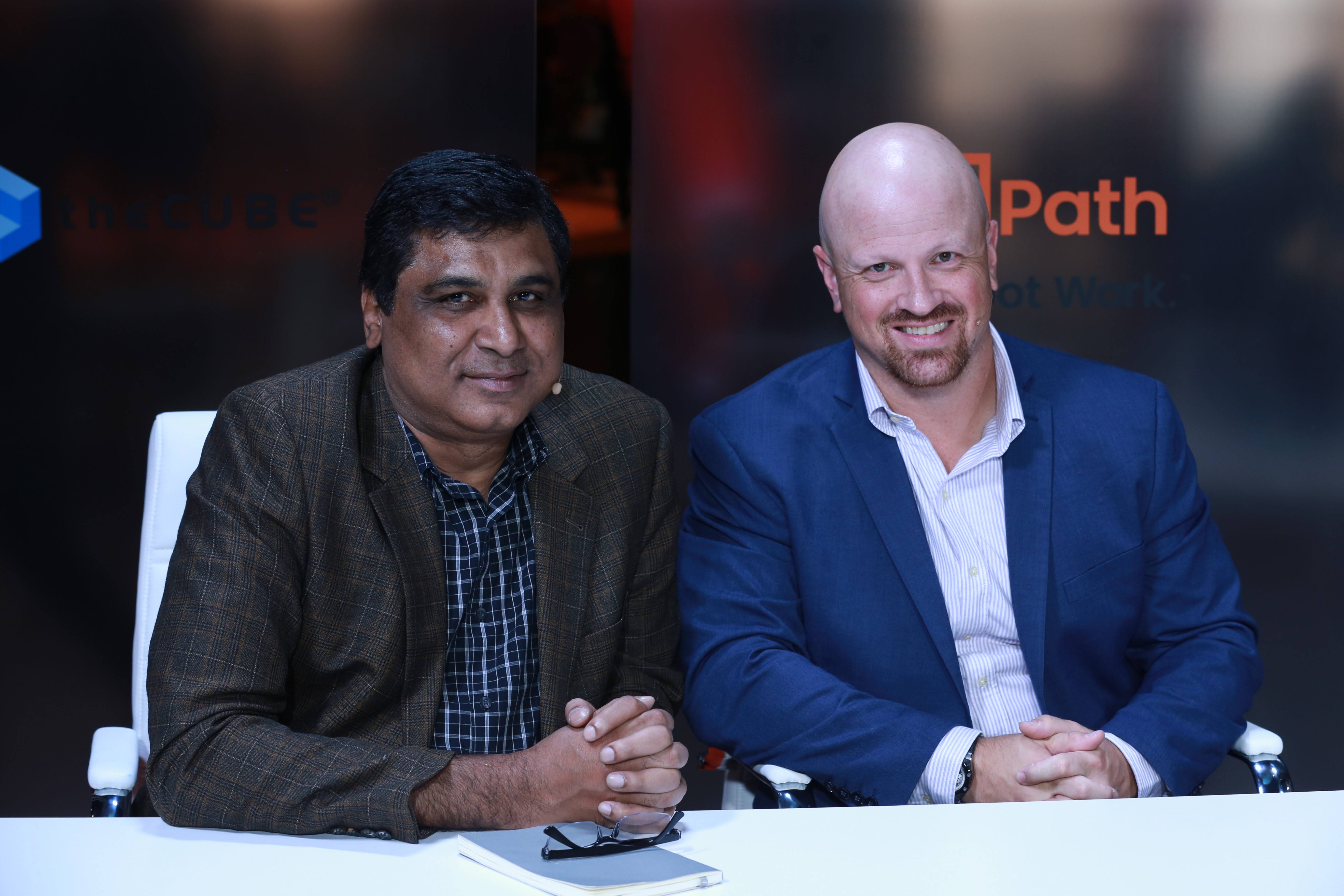 UiPath Inc. is a fast-growing company in an expanding market. Robotic process automation adoption is on the rise, as companies realize that relieving humans from repetitive tasks is resource efficient in terms of both time and money.

“What we’re seeing is a world where companies are going to say, ‘If we can automate it, we will automate it.’ It’s non-negotiable now,” said Daniel Newman (pictured, right), principal analyst at Futurum Research. “We have filled our organizations with waste. There’s too much overhead, too much expense, too much technical debt, and automation is an answer.”

Newman and Andy Thurai (pictured, left), vice president and principal analyst at Constellation Research Inc., joined theCUBE’s industry analysts Dave Vellante and David Nicholson at UiPath Forward, during an exclusive broadcast on theCUBE, SiliconANGLE Media’s livestreaming studio. The analysts discussed the future of the automation market and asked if independent automation platforms like UiPath will continue to triumph in the long run or become absorbed into larger, less specialized software companies. (* Disclosure below.)

The most recent quarterly figures showed a decline in spend for RPA/automation, according to Vellante, who questions if the areas are more discretionary than other technology investments. But Newman believes that the coming recession could prove to be an opportunity for the automation market as companies look to cut costs.

“Companies are going to say, ‘You know what, people are expensive,’” he said. “It’s less expensive investing in the cloud, investing in AI, investing in workflow and automation and things that enable businesses to expand, keep costs somewhat contained, scale their businesses, and get themselves in a good position for when the economy turns.”

While there is no shortage of total available market for automation companies to take advantage of, the question is who will end up gaining the largest share. Newman sees two possibilities. First is that the market expands horizontally and specialist companies, such as UiPath, continue to dominate. Second is that larger companies, such as Microsoft and SAP SE, decide to build hyper-automation solutions to integrate into their enterprise management tools.

UiPath is betting on the first scenario, laying out plans during this week’s event keynote to go from $1 billion to $5 billion in annual revenue.

“They are set up to capture the market, but every big software company saw that momentum and they want to get into it. They want to compete with them,” Thurai stated.

However, a trend toward the adoption of specialist automation platforms rather than building in-house may already have been set.

“Microsoft Power Automate has been there for a while, and they’re supposedly doing well. But they still choose to partner with UiPath to get them to the next level,” Thurai stated, referring to the collaboration between the two companies announced during this week’s event.

Here’s the complete video interview, part of SiliconANGLE’s and theCUBE’s coverage of the UiPath Forward event: