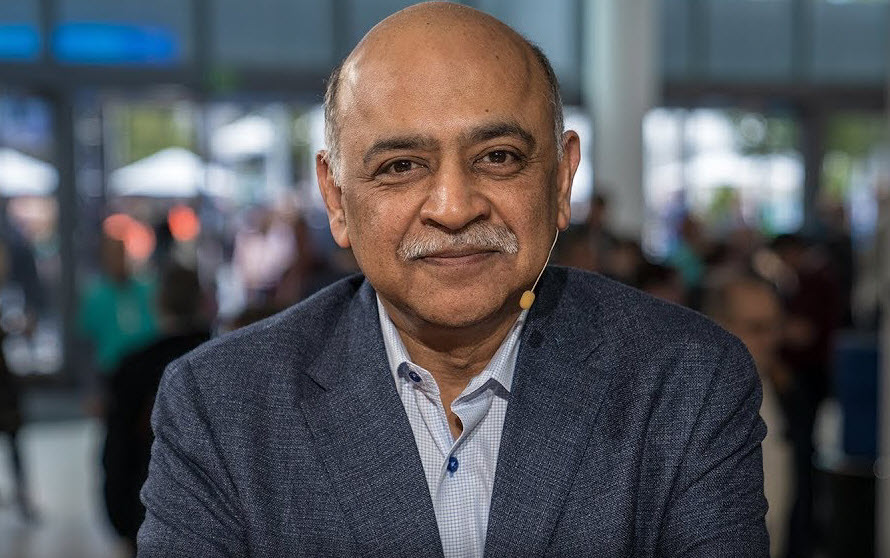 Investors who have been anticipating IBM’s third-quarter earnings as a bellwether for the fortunes of the overall technology industry got a reason to cheer this afternoon as the company reported third-quarter results that handily beat expectations and issued an optimistic forecast for the full year.

IBM shares jumped more than 5% in early after-hours trading to just 4% below their price at the beginning of the year, making the stock a standout performer in the moribund technology market.

Growth across all sectors

Business improved nearly across the board, with revenue from software up 14% in constant-currency terms, consulting up 16% and infrastructure up 23%. It was the fifth consecutive quarter of double-digit growth in consulting revenue.

IBM’s hybrid cloud business, which was the focus of its $34 billion acquisition of Red Hat Inc., grew 20% and stands at $22.2 billion over the last four quarters. The company added “a couple of hundred” hybrid cloud platform clients in the third quarter, Krishna said.

“We continue to see strong growth in large sales as well as cross-sell and upsell across Red Hat’s portfolio,” he said. “Consulting is the tip of the spear. It pulls our IBM technology.”

The Red Hat purchase “has been a growth engine for other products and business units, including software, hybrid cloud and business transformation,” said Charles King, chief analyst at Pund-IT Inc. “Plus, the importance of Linux in IBM’s mainframe business, including the new z16 and LinuxONE systems, can’t be overestimated.”

Whether Red Hat was worth the price is still debatable, but “it’s easy to say IBM would be in trouble without Red Hat,” said Ian Campbell, CEO of Nucleus Research Inc.

Across regions, growth was consistent with sales up more than 10% in the Americas, Asia/Pacific and Europe/Africa/Middle East. However, Krishna cautioned that the good times may not last for long in Europe.

“In the Americas, I find a very robust business environment. I find the very similar situation India and Asia,” he said. “But in Europe, we shouldn’t put our head in the sand. With the mixture of energy uncertainty and inflation, you can sense there is some caution creeping into the conversations. There could be a bit of a downturn in Europe only.”

Free cash flow, which underperformed in the second quarter and dragged down IBM’s stock, is expected to be $10 billion for the year and IBM expects strong free cash flow growth in the fourth quarter despite the strong dollar, Kavanaugh said.

The company’s cash position of $9.7 billion is up over $2 billion from the beginning of the year and “well in excess of that required for business,” Kavanaugh said.

Kyndryl Holdings Inc., which formally spun out from IBM nearly a year ago, contributed about 3.5% revenue growth, IBM said.

Although some analysts had recently reduced expectations for IBM’s quarterly performance, King said there should never have been much doubt that a strong quarter was coming. “IBM’s mainframe business is highly cyclical and the company tends to enjoy strong revenue growth in its infrastructure, software and consulting organizations following the introduction of a next-generation mainframe,” he said.

Nucleus Research’s Campbell said it’s unclear if IBM can continue to grow its hybrid cloud business at such a rapid rate in the future. “IBM’s hybrid cloud strategy is succeeding in capturing its on-premises customers and bringing them into the cloud,” he said. “It’s still undecided if this is a long-term growth market.”