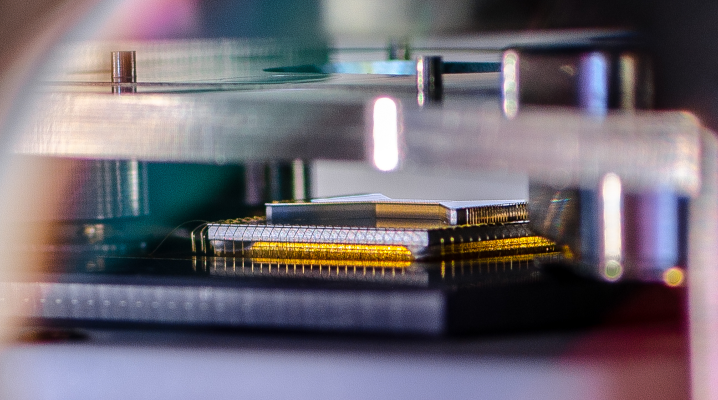 IonQ Inc. today announced that it has acquired Entangled Networks Ltd., a startup that develops networking technology for linking together quantum processors, for an undisclosed amount.

NYSE-listed IonQ develops quantum computers based on trapped ion technology. The technology implements qubits, the basic building blocks of quantum computers, as ionized atoms. The company uses lasers to encode data into those atoms, carry out calculations and read the processing results.

IonQ offers three different quantum computers with varying performance. The systems’ qubits are implemented on a specialized chip known as a linear ion trap, which in turn runs inside an isolated enclosure cooled to almost absolute zero. The enclosure shields its quantum computers from outside interference that may cause processing errors.

The company’s most advanced quantum computer is known as Aria. It claims Aria is the fastest commercial quantum computer on the market when evaluated according to the Algorithmic Qubits, or AQ, speed metric. Customers can access Aria through Microsoft Corp.’s Azure public cloud platform.

Aria is powered by a single quantum processor. In the future, IonQ hopes to build a more advanced system that includes not one but multiple quantum processors. The company’s acquisition of Entangled Networks is intended to advance that effort.

Toronto-based Entangled Networks develops technology for linking together quantum processors. The startup has built a hardware module, described as an optical interconnect, that allows quantum processors to coordinate their work. It also offers software tools that promise to simplify several related computing tasks.

Connecting multiple quantum processors to one another requires linking, or entangling, their qubits through a phenomenon known as quantum entanglement. When certain properties of an entangled qubit are measured, the second qubit to which it’s linked change. This change occurs instantly.

The fact that certain computing operations involving entangled qubits are carried out instantly allows quantum computers to perform some types of calculations quickly. As a result, it’s believed that future large-scale quantum machines may be capable of performing computations too complex for even the fastest classical supercomputer.

According to IonQ, the Entangled Networks team will continue to work on quantum interconnect technology and compilers following the acquisition. IonQ plans to use the startup’s software to implement “substantial” performance improvements in its hardware. As part of its development roadmap, the company also intends to introduce a prototype technology for linking together two quantum processors later this year.

“Partnering with Entangled Networks furthers our goal of making IonQ the world’s best performing quantum computing company,” said IonQ Chief Executive Officer Peter Chapman. “In acquiring the Entangled Networks assets, IonQ will benefit from not only some of the top experts in quantum architecture, but also from software tools that we intend to use to drive substantial speed-ups in our system performance.”