“Hey, I was watching TikTok the other day, and I saw that someone was talking about ADHD, and this is me.”

ADHD, Attention Deficit Hyperactivity Disorder, 4 letters that are commonly thrown around in conversations and social media. However, behind those 4 letters stands a variety of stigmas, challenges, and population of people handling everyday life with the condition.

The advent of social media such as TikTok has also brought a rise in post-childhood ADHD diagnoses as people later in life watch short, educational videos that they can identify with.

As more people recognize ADHD symptoms and seek diagnosis, the question arises of what role social media, and the entertainment industry, play in the lives of those with the condition. Do platforms like TikTok exacerbate or aid in people’s journey with ADHD?

In an effort to better understand the situation TooFab spoke with a prominent ADHD influencer on TikTok and a new telehealth company seeking to help diagnose and provide treatment for those with ADHD. 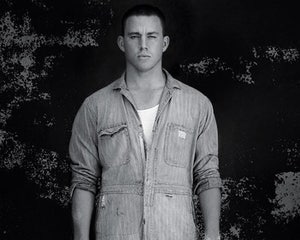 In the past, people looked down upon ADHD or were afraid to seek treatment and diagnosis. Change is occurring with the rise of ADHD influencers on TikTok and Instagram, and organizations such as Done., which are working to make diagnoses and treatments more accessible.

TooFab spoke with ADHD influencer Olivia Lutfallah, who currently has over 270k followers on TikTok, and Done. representative Sussan Nwogwugwu on the past, present, and future of ADHD in terms of media and entertainment.

In 2022, it is easy to look up celebrities and/or influencers who are diagnosed with ADHD. However, for ADHD influencer Olivia Lutfallah, that wasn’t always the case. Lutfallah is a 20-year-old college student at the University of Western in Ontario, Canada. She was diagnosed with ADHD around the age of 7 years old, and a lot of her content comes from videos and resources she wishes she would have seen in the beginning of her journey.

She told TooFab “When I was younger and ADHD wasn’t talked about as much, you looked online to find tips, and they weren’t really helpful. It was as if they were written by doctors who didn’t have ADHD.” 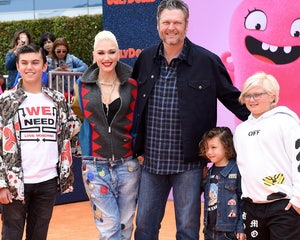 Content creators such as Lutfallah are helping change these circumstances for the next generation of ADHD diagnoses. Specifically, the college student has a series on her TikTok account, including “Relatable ADHD Things,” “Understanding ADHD,” and “ADHD Tips” that help break down ADHD experiences and advice. For example, understanding ADHD is meant to help put the experiences of the disorder in a “palatable way.”

Because of these videos, the influencer has been able to help people recognize their symptoms and get diagnosed: “I know that content creators like myself have had an influence on people seeking a diagnosis. And I’ve read articles about people saying they got diagnosed, and sought a diagnosis and assessment because of the things they’ve seen online.” She explained, “And I get many messages saying, ‘I started watching your videos a few months ago, I just got diagnosed today’, and that’s something I never thought I would get to experience, which is really interesting.”

Creators like Lutfallah are helping organizations such as Done., in providing ADHD awareness and treatment. Done. is specifically a telehealth company that makes ADHD diagnoses and treatments more accessible. Sussan Nwogwugwu is grateful for TikTok influencers, as they have helped grow Done.’s company and movement, especially in the pandemic.

“2020 was absolutely marked with an increase in social media use. We saw the rise in TikTok users…You see people sharing information…This really made it easier for people to say, ‘This is what my day looks like, this is what I struggle with, maybe I should go talk to someone about how I’m feeling.’ That idea that you can get a little bit more knowledge about what is going on in your personal life, and really talk to a professional about it is what social media has contributed to our growth.” Nwogwugwu told TooFab.

The specialist frequently interacts with patients seeking a potential diagnosis and says she commonly hears, “Hey I was watching TikTok the other day, and I saw that someone was talking about ADHD, and this is me.”

Even after receiving a diagnosis, social media such as TikTok videos are still useful to the patients. “It kind of reassures them that they’ve gotten the right information and are in the right direction to get the care that they need,” explains Nwogwugwu.

Receiving an ADHD diagnosis later in life can be daunting, especially with the misconceptions, but that is why people such as Lutfallah and Nwogwugwu pursue what they do. Lutfallah has multiple ADHD content creator friends and says all of them value their followers in a way different from traditional influencers, as their videos aim to increase their followers’ wellbeing.

The college student has seen first hand experience of this, not only through her DMs, but also personal relationships in life: “My mom, she’s back in school for her PHD in clinical psychology, and one of her professors sent a message to pass on to me, and she had this student that was recently diagnosed with ADHD, and was struggling with it, and the professor gave her my social media handles, and was saying it really helped.”

Critics of ADHD influencers point out that there is the potential for the spread of misinformation, or people to incorrectly self-diagnose themselves. Yet, both the content creator and specialist believe that social media has brought more good than bad. Nwogwugwu reflected on a time when there wasn’t social media, compared to now, and says the invention has helped with people feeling more comfortable to come forward and share their truths. She asked before social media, “How many times would you be in such a setting to talk about how you are feeling, for you to get the right guidance?”

This space has not only helped influencers come forward, but also celebrities, creating even more of an impact. Nwogwuwu spoke with awe, remembering the time that rapper and singer Doja Cat first announced she had ADHD and how it impacted her life:

“I thought that was absolutely genius…it feels like they [celebrities] have a perfect life, right? But we don’t get to understand the struggles that they experience, and for her to share that personal experience, I felt so connected to it. Because I feel like it would allow people to think, ‘What is ADHD? Do I have ADHD? How can I get help for ADHD?’…For her to share it, I think that was really, really nice because people started to relate. All the feedback there was like, ‘Oh my gosh, so you do struggle from ADHD, so that makes me feel not that different from who you are.’ I mean yes, you are a celebrity, but being able to say you struggle like people like us too is very relatable. And I think that opened up another level of conversation to ADHD. We are used to now people feeling comfortable talking about depression and anxiety, why can’t ADHD be a free topic for us to talk about.”

Lutfallah remembers when she was in elementary school and first beginning her ADHD journey, she didn’t have a prominent public role model or celebrity to look up to. She reflected, “I think that it’s great to see that people are being outspoken about these things because I think the one thing I struggled to wrap my head around when I was younger was I couldn’t just look up ‘People with ADHD,’ ‘Celebrities with ADHD,’…I feel like now it’s cool to be able to have those role models on social media, to be like, ‘I look up to that person, and they are successful, and they have done these really cool things, and they have the same disorder as me’…That’s something I wish I has more of, and I’m glad there’s more of it now.”

Celebrities such as Doja Cat coming forward mark a change for ADHD representation in media and entertainment, as it is signaling to other celebrities that it is okay to come forward and talk about their disorders. Many celebrities have briefly mentioned a diagnosis, but rarely continue to advocate for the disorder after that. Thanks to influencers and other figures, representation and conversation in the media has come a long way, but there is still much more ground to cover.

“I truly think that a lot of people that have negative outlooks or certain stereotypes about people with ADHD are genuinely just lacking the knowledge, and that’s a huge factor in it.” Lutfallah shared. She hopes her videos continue to make a difference and educate people to understand “What ADHD really is, not what they think it is.”

Nwogwuwu’s statement mirrored the influencer as she said “people should really lend their voices and really normalize that conversation…you don’t have to share what you are taking or what treatment you decided to seek.” Both hope that their work is leading to a future where ADHD is represented in the media without stigma.