Considering that her character had even died in one film, Jimmy Kimmel was skeptical that she really meant it when she insisted this was her final appearance.

Jamie Lee Curtis has been associated with the “Halloween” film franchise since its inception, appearing in seven films from 1978 through “Halloween Ends,” hitting theaters and Peacock on Friday. So, is this the end?

Curtis had previously said she thought she was done after appearing as Laurie Strode again in 1998’s “Halloween H20: 20 Years Later.” She’s done four films since then, including this latest trilogy that started in 2018. 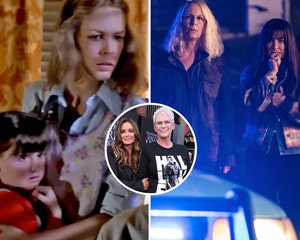 Throughout her press tour for this latest film, Curtis has been pretty adamant in saying that this is definitely the last time for her. She went so far as to pen her own essay for People where she wrote, “It’s now the end for Laurie and me. I am scared right now, as I hang up my bell bottoms and say goodbye to ‘Halloween.'”

As everyone knows, and Curtis has proven over and over herself, you can never say never when it comes to slasher movies. Usually it’s the killer who won’t stay dead, but as we’ve seen in recent years, that adage can apply to “final girls,” too.

On Tuesday, Curtis’ promotional tour took her to “Jimmy Kimmel Live!” where Kimmel was ready for her declaration that this was the end — ready to be skeptical, that is. 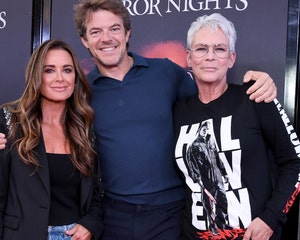 When she again said that this was it, Kimmel joked that no one really stays dead in these films. “Your character was killed to death in one of these ‘Halloween’ movies, yes?” he asked her, to which she sheepishly responded, “I think so.” Nevertheless, she insisted with “a definitive flourish” that this was it.

As such, Kimmel remained skeptical and so all he could do was pull out a very official looking scroll. “Would you be willing to sign a document telling us the following,” he asked her, unrolling the paper

“I declare this is my last Halloween movie. I, Jamie Lee Curtis, Queen of scream, daughter of Janet Leigh and Tony Curtis, mother of Lindsay Lohan. Hereby sweareth, under penalty of perjury that ‘HALLOWEEN ENDS’ (2022) will be the last Halloween movie I will ever appear in. For all-time, across all sequels and multiverses. Enforceable by the Police Department of Haddonfield, Illinois. May God have mercy on us all, Baba booey.”

Picking up the pen and looking at it, Curtis quipped, “I should call my lawyer first before I sign anything.” Ironically, it was the audience who started screaming “No!” but they didn’t deter her. Curtis made it official — but we’re not sure that makes it binding. 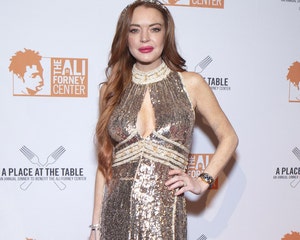 If she does mean it, though, that frees her up to work with her “daughter,” Lindsay Lohan, for another fan-favorite sequel. While appearing on “The View” Monday, Curtis told the ladies that not only was she interested in revisiting the 2003 iconic comedy, she’d already pitched an idea to Disney.

She wants to see her as a grandmother with Lohan as a young mother before they switch again. “I would like to see Lindsay be the hot gramma, and I would like to see me try to deal with toddlers today,” she said. “I wanna be a helicopter parent in today’s world, as an old lady.”

Even better, TMZ reported that Lohan’s team has said she’d be interested in a sequel, too. Lohan has recently returned to acting after a lengthy hiatus, signing a multi-film deal with Netflix that kicks off with the upcoming “Falling for Christmas” romantic comedy, slated for the upcoming holiday season. 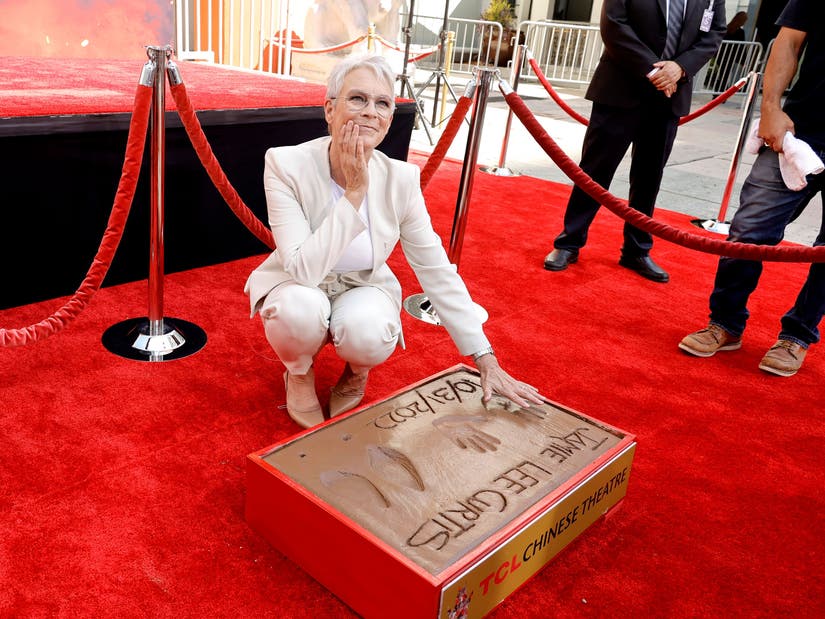