The comedian spills on her upward trajectory, Emmy talk and desire to be “a diabolical boss” in the MCU.

Between her scene-stealing role as professional scammer-turned-principal Ava on “Abbott Elementary” and her new gig hosting ABC’s summer game show, “The Final Straw,” comedian Janelle James is on the rise — and an Emmy nom (or better yet, win) could easily be in her future.

But she’s not letting all that good buzz go to her head just yet. 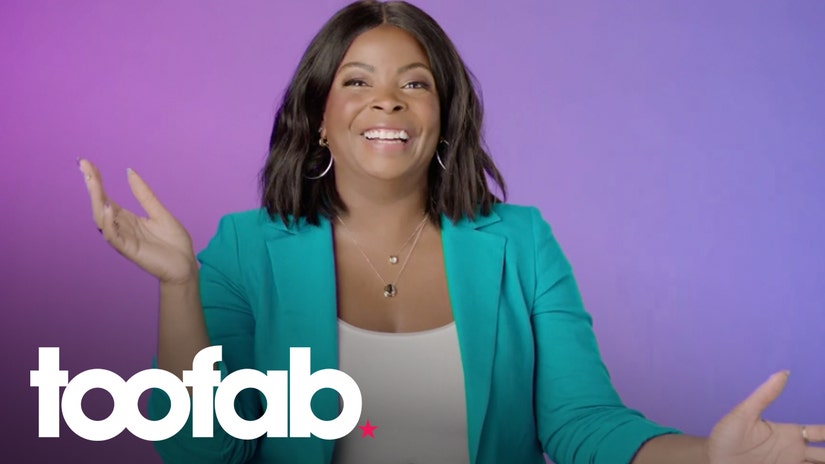 Telling TooFab the emotions surrounding her upward trajectory come “in waves,” James said she’s still “very much just trying to continue living my life as much as I can” — adding, “I don’t wanna get caught up too much in it because then you freak out. I think I will if I do, maybe it’s coming for me and it just hasn’t hit me yet.”

“But I am 10 years into standup and when you speak to any of the established standup comedians, 10 years is what they say when things happen,” she continued. “I kind of expected it — I didn’t know it would be this — but I kind of expected that I would find my thing. And then here we are. I’m just happy, it’s been all fun experiences and everyone I’ve worked with has been real cool — I hear that doesn’t happen often in the entertainment industry — how lucky am I?”

“The Final Straw” is her second gig at ABC and it’s clear they’re happy to be in the Janelle James business.

“It’s not a bad network to be connected with, I don’t know if you heard,” she cracked, joking that she “just talked to Mickey” and he “checks in” on her often. And, hopefully, he keeps sending checks her way too — as James’ work on “Abbott Elementary” is not only getting her serious social media love on Twitter and rave reviews, but serious Emmys talk. In a number of prediction pieces and dream ballots, her name has popped up in the Outstanding Supporting Actress in a Comedy Series category.

Last day of Emmy voting today! I say go ahead and vote whose speech you wanna hear. No pressure. #FYC pic.twitter.com/L6SVoJt3VB

“Truthfully, I didn’t know that that was a possibility until a couple weeks ago, that I was even in talks for Emmys stuff and that’s, yeah, that’s kinda crazy,” she told TooFab when asked about the buzz. “It’d be cool to win. I’m not gonna get fixated, because why focus on something that wasn’t even in my line of vision weeks ago.”

“If it happens, it’s amazing and if it don’t, it just doesn’t, I still have these two amazing jobs,” she continued. “I try not to  fixate on things that are beyond my control. Especially when I’m having a good time in real life.”

While no fans have been asking for James to insult them to their faces just yet — “You’re giving people ideas, I don’t work off the clock!” she exclaimed at the question — viewers are starting to associate her with her terrible-in-the-most-hilarious-ways on-screen persona.

“She’s an iconic character, as the kids say. She’s iconic. And I get it. I don’t think that I, me myself Janelle James would ever scam children, but … I like that I’m being associated with the hilarious aspect of her,” she said. “But the scammer part, it’s like, ‘Hey, that’s not me!'”

“I’m also — and this is gonna sound disingenuous — but I’m also not someone who always wants to be on camera like she does,” James continued. “But it’s good to have another format where people will meet me, the person outside of the character. The people think I’m her is I assume I’m doing a great job at it, so I take it that way.” 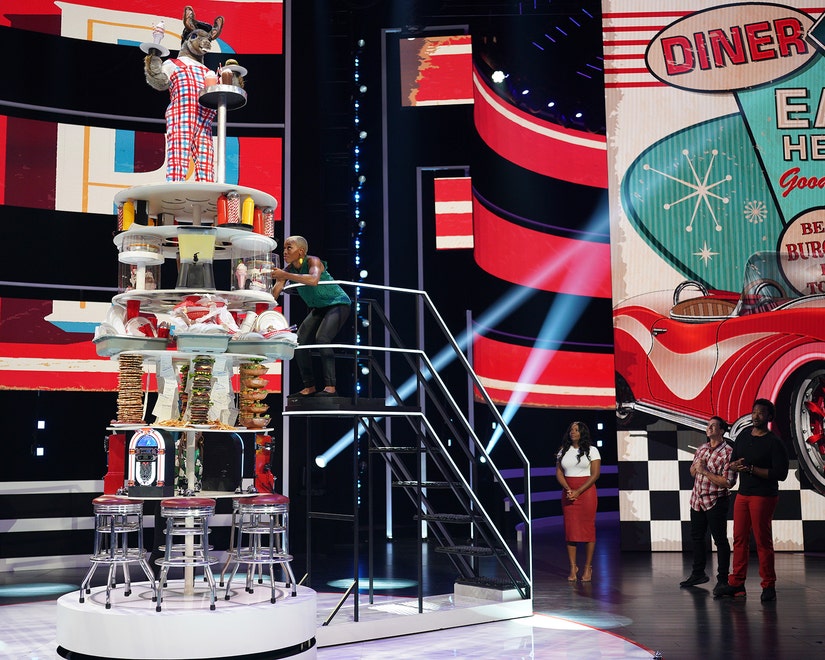 Premiering July 10, “The Final Straw” sees James hosting a competition series in which teams face off to remove precarious items from giant, themed towers made up of anything from artificial seafood to kitchen appliances. And appearing as herself and not as an outrageous character on the game show was part of the allure for Janelle.

“One of the reasons that this appealed to me when they come to me and asked me to host it, they assured me they would allow me to put as much of myself into the show as possible. That’s a gift for a comedian,” she explained.

“Then, of course, there’s also game show aspects of it that have to happen. I have to say, ‘We’ll be right back after these messages,’ which is something I never thought I would ever say,” she continued. “I almost cried the first time I said that. I’ve been watching game shows since I was a kid and I never thought that would be me.”

James said it’s “so stressful” watching contestants get to work on the tower, facing elimination with each item they pull from the stack. Though James wants them all to win — “it’s not my money I’m giving away!” — she’s not allowed to offer up any advice, not that there really is much to impart anyway.

“It took me maybe six episodes to even figure out a strategy,” she said, adding that “it’s very much a game of chance and gravity. You build things and then they fall down.”

Now that she’s got stand up comedian, comedy writer, sitcom actress and TV host under her belt, what’s next for James?

“Look, I’ll do anything. I wanna do everything. I’ll probably do a travel show at some point, I’d love to do some cooking things or whatever. As long as I get to be myself, which is what comedy allows you to do, how lucky are we?” she responded. “I suppose I’ll do my dramatic turn that comedians do at some point, I’ll do my ‘Patch Adams’ or what not.”

With the interview coming to a close, we noted that with her Disney ties at ABC, she should try to get in on the MCU. Marvel is, of course, also owned by the Mouse House.

“MCU, oh my god, see that’s exactly … that’s what I should be saying because that is a goal!” she said. “A diabolical boss, that would be awesome.”

We’d love to see it.

“The Final Straw” premieres July 10 on ABC, while “Abbott Elementary” has been renewed for a second season. Emmy nominations, meanwhile, will be announced July 12.