Jeep’s first foray into ​​the electric market, the Avenger, will launch in Europe this summer, priced from £36,500.

The baby electric Jeep, which despite not yet being released has already been crowned European Car of the Year 2023, will look to draw new customers to the US brand – now part of the giant Stellantis group – in Europe, with a particular focus on younger, female buyers.

A 54kWh battery, the same as is found in similarly sized Stellantis stablemates DS 3 E-Tense and Vauxhall Mokka Electric, will give a range of up to 248 miles, according to the WLTP cycle, but Jeep has previously claimed this can be as much as 342 miles depending on driving conditions. Power is sent to the front wheels via a single 154bhp, 192lb ft electric motor.

These will be the range-topping Wagoneer S premium SUV and extreme, off-road-focused Recon (both electric, and will get US launches first), with a final, as yet unannounced electric model to come – which CEO Christian Meunier has described as a look into the future of the brand.

The Avenger itself has been built around the “right size” for Europe, head of Jeep’s European arm Antonella Bruno said.

“What makes it different is its capabilities,” said Bruno, confirming the car will be “equal or better than” the larger Jeep Renegade 4xe when used off road.

The Avenger, with orders now open, will use a new version of Stellantis’s ECMP platform – the current version of the architecture is used for EV and combustion versions of the similarly sized Stellantis models. This will give it “impressive” ground clearance, Jeep said, with segment-topping breakover and approach angles. A large boot and modern interior will also look to attract a new customer base, Bruno added. 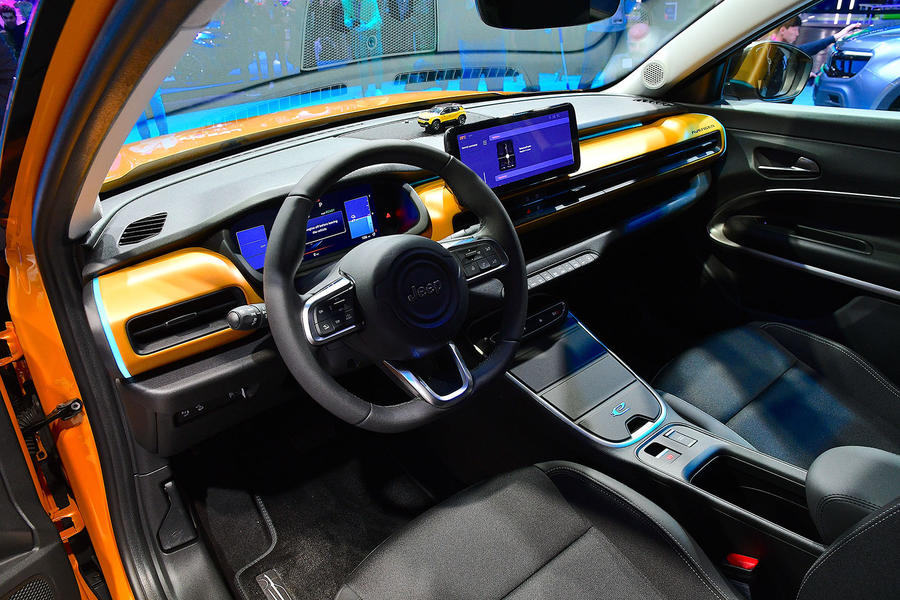