Jeep will ramp up the electrification of its line-up with an entry-level SUV to sit below the Jeep Renegade – and it has appeared on public roads for the first time ahead of its launch next year.

A name for the American brand’s newest model has not been revealed yet and details are scarce, but it is expected to be related to the Peugeot 2008, given the similarities in size and positioning, and the platform-sharing arrangements in place at Stellantis, parent company to both.

Pictures show a rear exhaust integrated into the bumper, which means that the new Dacia Duster rival will get a hybrid option, given that Jeep confirmed it will ditch pure-combustion models in Europe from this year.

But the model will also be offered as a pure EV, which was shown earlier this year as part of a wide-reaching electrification strategy presentation given by Stellantis boss Carlos Tavares. This will sit on one of Stellantis’s family of new STLA platforms, likely the smallest version, and be closely related to models from sibling brands including the Peugeot e-2008 and Citroën e-C4. 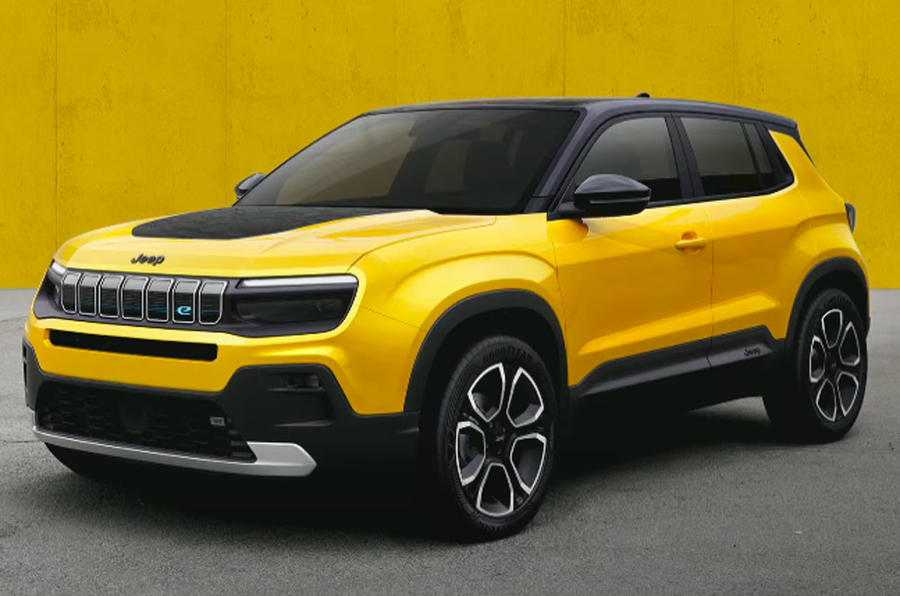 Jeep CEO Christian Meunier recently confirmed the company will add a pure-electric model in “every major SUV segment” by 2025, by which point 70% of its global sales will be electrified.

Visually, the new ‘baby’ Jeep looks to share similarities with the soon-to-launch Jeep Grand Cherokee PHEV, with slim headlights and 4×4-syle chunky wheel arches. Although covered by camouflage, it is also expected to sport the same seven-slat front grille as every other Jeep model – even in electric form.

The baby SUV will sit at the bottom of the range, below the Jeep Renegade, as part of a five-car line-up.