“The truth is I really started to think I was going to get nominated.”

Jennifer Lopez filmed her new Netflix documentary “Halftime” during a very exciting time in her life — one that should have included an Oscar nomination for her work in “Hustlers” that sadly didn’t come to fruition.

Toward the beginning of the doc, J.Lo opens up about getting cast in the film, explaining why it was such a different type of project for the actress.

“When I got Hustlers, it was exciting. It was gritty. It had substance. And that’s something that I fought for in my career,” she said, while footage showed her rigorous — and bruise-filled — rehearsals to play stripper Ramona. “As a producer, one of my goals is to make movies that entertain people but that also have something to say.” 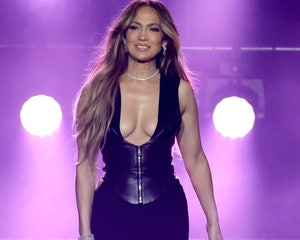 As the doc went on, it showed all the positive Oscar buzz coming Lopez’s way after the film’s September 2019 premiere at the Toronto Film Festival, before J.Lo went on a huge promotional tour for the movie. In December 2019, she scored a Golden Globe nomination, but wound up losing to Laura Dern. Lopez looked disappointed following the loss, as she reunited with her team — while her mother and manager Benny Medina were clearly upset as well.

“I really thought I had a chance. I felt like I left everybody down,” Lopez said in a confessional. “They wanted it so bad, for me, for them, it’s a validation of all the work they do too. Most of them have been with me for 20 years, since Selena.”

As it got closer to Oscar nominations, Lopez was seen getting visibly emotional and even teared up as she read a piece excited that the “criminally underrated performer” was finally getting “her due from prestige film outlets” thanks to “Hustlers.”

But, unfortunately, the morning of the noms, she woke up empty-handed. 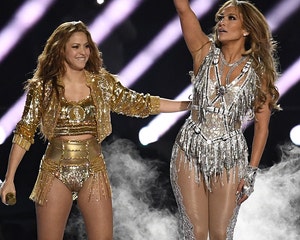 At rehearsals for the Super Bowl that same day, Lopez told her music director Kim Burse that she didn’t sleep well the night before and everyone kept talking about the upcoming nominations. “Can we just stop talking about it?” she said she told everyone, “It’s gonna happen, it’s gonna be good.”

“I went back to sleep and I dreamt that it happened and when I woke up I realized it was a dream,” she said. “I picked up my phone, the first thing I was from [her sister Linda] and she was like, ‘I hate these f—ing people’ and I was like, ‘Oh s—.'”

In a confessional, she admitted “the truth is I really started to think I was going to get nominated.” 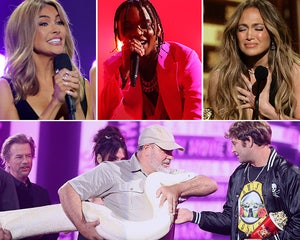 “I got my hopes up because so many people were telling me me I would be and then it didn’t happen. I had to ask myself, what does that mean?” she continued. “I do this not for an award or to do my hits up there and seem like I’m the best performer in the world. No, I do this to tell stories and to affect change and to connect with people and make them feel things because I want to feel something, that’s why I do it, because I want to make the world a better place I my own little way.”

With that, she proclaimed that she was going to “keep working” and would be “unafraid to get loud and use my voice in the best way that I can.”

While she didn’t score a nom, her exclusion was considered one of the greatest upsets of the Oscar race that year. She went on to perform at the Super Bowl, before later performing at President Joe Biden’s Inauguration, both of which are highlighted in the doc.

“Halftime” is streaming now on Netflix. 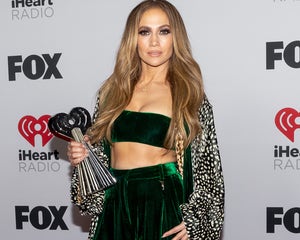 Every Property Jennifer Lopez Has Ever Bought, Owned or Sold