“These are fake abs,” she wrote over the image

Jessie James Decker is mocking criticism of photos she shared of her family.

On Thursday, the country singer took to her Instagram Stories to share a shirtless photo of her husband Eric Decker in their kitchen. In the pic, the former NFL star can be seen holding a glass bottle of milk while wearing a Santa hat, sweatpants and no shirt, with his six-pack on full display. 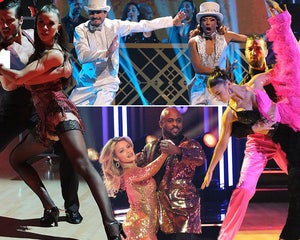 Dancing with the Stars Finale 5th Judge: Did Charli, Gabby, Shangela or Wayne Win It All?

“Santa says drink your milk,” Jessie James, 34, wrote over the photo, below. She then cracked a joke about the photoshop controversy from earlier this week in which she was accused of editing pictures of her kids, specifically adding abs to their stomachs, and “overtraining” her children.

Below Eric’s abdomen, the mother of three quipped, “These are fake abs.”

This comes just a few days after Jessie James was hit with backlash over a photo she posted of her and Eric’s kids — Viviane, 8, Eric Jr., 7, and Forrest, 4, — on Instagram.

In the shot, which was taken while on a family vacation, the three kids are wearing swimsuits and appear to have very toned stomach muscles — which didn’t go over well with some fans.

Jessie James clapped back at the critics in the comments section of the post. After one user wrote: “Surely this is an app but I don’t see anyone saying as much,” she sarcastically responded with, “yeah I used an ‘ab’ app on my small children wtf.”

Another hater commented, “this takes a special kind of diet and exercise and it looks strange on a child hence all the comments.” The “Dancing with the Stars” alum hit back writing, “from one mother to another. Please don’t call my children’s appearance strange just because they don’t look the way you think they should? It’s unkind.” 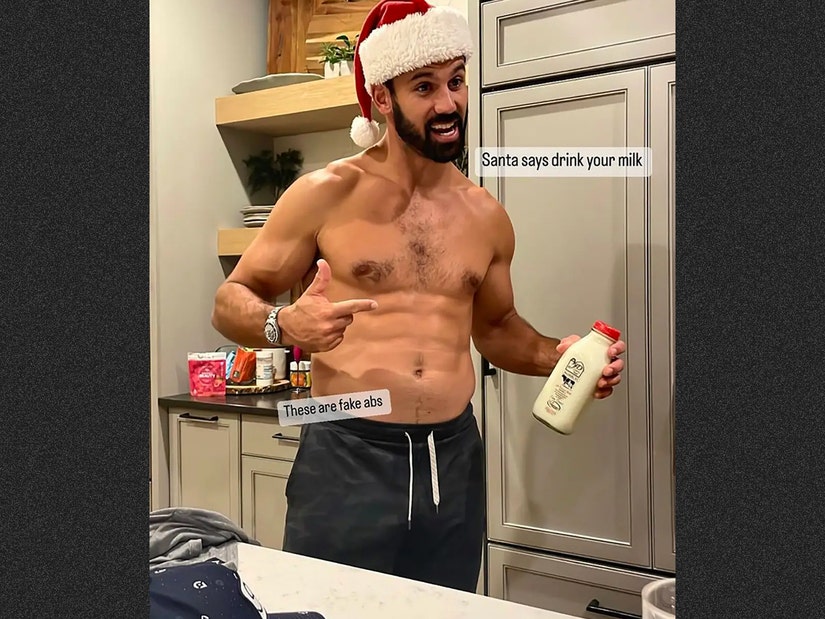 Meanwhile, a couple of days later, Jessie James further spoke out about the criticism in an Instagram post, including claims that she Photoshopped abs onto her children’s bodies.

“I didn’t plan on addressing this because it’s bonkers but the photos are out there and every single news outlet has posted about this,” she wrote alongside a compilation video that featured clips of her kids from their vacation. “When I posted the pix of our vacation and included the kids being silly flexing on the beach on our thanksgiving trip I had NO clue it would get the reaction it did.”

The “Flip My Hair” singer continued, “But Being accused of photoshopping abs on my kids (I can’t help but laugh) or … the polar opposite over ‘overtraining’ our kids makes me realize how bizarre our world has gotten regarding the body and what’s normal and what’s not. We preach about body positivity and acceptance but my kids having a mass amount of genetic and built muscle from athletics is ‘weird’?”

“I want to raise my kids to feel proud of their bodies and hard work from either Vivis elite competitive gymnastics to Eric Jr wanting to be like dad as an NFL receiver to little Forrest who spends hours dancing his heart out,” she added. “Let’s not pick and choose what we normalize regarding bodies and be accepting of all people and children. If we wanna do ‘better’ then do better. I’m proud of my children and encourage them to live their dreams. So we’ll see y’all at the 2032 Olympics, and wearing Bubbys jersey in the stands and dancing at Forrests rock concert✌️.” 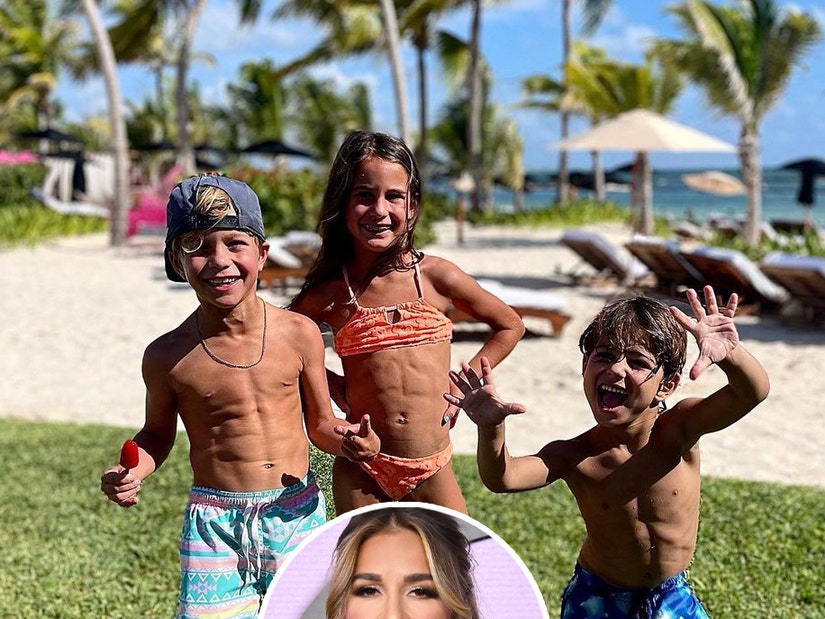