Julie Powell, the food blogger who set out to make every recipe in Julia Child’s legendary cookbook “Mastering the Art of French Cooking,” has died at age 49.

In an interview with The New York Times, her husband Eric Powell revealed that the writer died from cardiac arrest in her home in uptown New York.

Powell was best known for chronicling her mission in recreating Child’s recipes, her articles included both her triumphs and failures in the kitchen as she cooked her way through the book.

The writer also helped pioneer food blogging as we know it today with her unfiltered style, candor, and sense of immediacy.

Per The Times, her blog on Salon.com accumulated over 400,000 page views by the end of her year of cooking Julia Child’s recipes.

Her stories eventually migrated offline after her blog was published into a book in 2005, “Julie and Julia: 365 Days, 524 Recipes, 1 Tiny Apartment Kitchen.”

Powell’s book was later adapted into a film in 2009 called “Julie & Julia.” Not only was the movie based on Powell’s cooking journey, it was also based on Child’s autobiography titled “My Life in France.”

These Actors Don’t Let Their Kids Watch Their Work 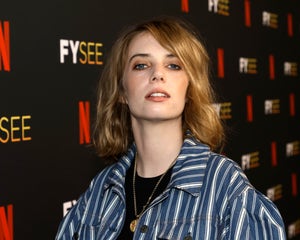 Here’s How These Celebrity Kids Feel About Nepotism Baby Label

Her fellow food writer Deb Perelman gushed of Powell’s literary prowess to the publication, “She wrote about food in a really human voice that sounded like people I knew,” she said. “She communicated that you could write about food even without going to culinary school, without much experience, and in a real-life kitchen.”

Though “Julie & Julia” was met with extreme success, Child revealed in an interview with the LA Times that she was less than a fan of Powell’s blog before her death in 2005.

“I worked very hard on that book,” she told the outlet at the time. “I tested and retested those recipes for eight years so that everybody could cook them. And many, many people have. I don’t understand how she could have problems with them. She just must not be much of a cook.”

Editor in chief of Little, Brown and Company, Judy Clain, told NBC News: “‘Julie & Julia’ became an instant classic and it is with gratitude for her unique voice that we will now remember Julie’s dazzling brilliance and originality.”

“We mourn her loss with her husband Eric and her family. We are sending our deepest condolences to all who knew and loved Julie, whether personally or through the deep connections she forged with readers of her memoirs. She was a brilliant writer and a daring, original person and she will not be forgotten.”

Powell is survived by her parents, brother, and husband.