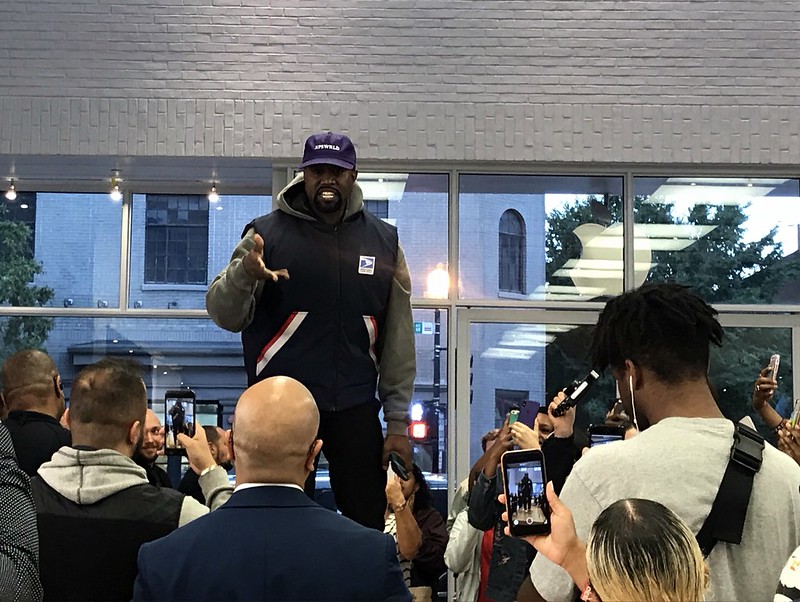 The app is pretty much a clone of Twitter, although with moderation being lax, it has attracted a certain amount of criticism for allowing views to air that have been called extreme. In 2021, the company had its account suspended by Amazon Web Services Inc., after which it made some changes but also said it would remain a champion free speech.

This is not the only app that claims to have arrived on the scene because of alleged zealous moderation. Former President Donald Trump’s app, Truth Social, is saying similar things. As for Elon Musk, the man who claims to be a “free speech absolutist,” it remains to be seen what will happen to Twitter if he ever actually buys it. It’s known that Musk is a friend of West.

Just as Trump was kicked off social media platforms, West (pictured), now calling himself Ye, recently saw his accounts on Twitter and Instagram suspended. The transgression was West’s seeming antisemitism, having told fellow rapper Sean “Diddy” Combs on Instagram that he was under the control of Jewish people. After Instagram relieved him of his account, West took to Twitter to say, “You guys have toyed with me and tried to black ball anyone whoever opposes your agenda.”

It seems West, whose net worth is in the billions, decided the best form of attack was to buy himself a social media platform. “In a world where conservative opinions are considered to be controversial we have to make sure we have the right to freely express ourselves,” said West, a comment that was released through Parler. Parler added that under its new ownership, it would become an “uncancelable ecosystem.”

“This deal will change the world, and change the way the world thinks about free speech,” said George Farmer, who’s the chief executive of Parler’s parent company Parlement Technologies. “Ye is making a groundbreaking move into the free speech media space and will never have to fear being removed from social media again. Once again, Ye proves that he is one step ahead of the legacy media narrative. Parlement will be honored to help him achieve his goals.”

The terms of the deal haven’t been made public yet, although Parler recently announced that it has raised $56 million in outside funding. Like the other new apps in town, it has a fairly small audience, although, with someone like West behind it, that may change. No sooner than he opened his Parler account, he had thousands of followers.