“All of you f—ing trolls on the internet that make Khloe feel like the biggest piece of s— … I will find each and every one of you.”

The Kardashian family had Khloe Kardashian’s back like never before behind the scenes after Tristan Thompson’s paternity scandal blew up online.

On Thursday’s season finale of “The Kardashians” on Hulu, viewers saw how the family and Khloe herself reacted to the drama in real time, after it was exposed that Thompson had sex with another woman and possibly got her pregnant. At the time the episode filmed, Maralee Nichols was about to have the child — but it wouldn’t be confirmed until later that Tristan was 100% the father.

After learning the news from the Daily Mail — and not Thompson himself, despite Tristan knowing full well it was coming — Kim Kardashian called a mini-family meeting, which Khloe opted out of attending. 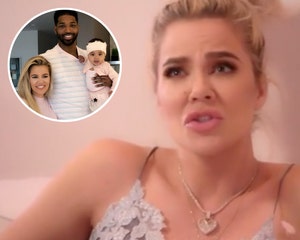 Khloe Is Livid, Sobs After Tristan’s Paternity Scandal Is Exposed on ‘The Kardashians’ Finale

“She keeps on recovering, forgiving, for the sake of her daughter. I’m sure she feels devastated and humiliated,” said Kris Jenner as she, Kim, Kourtney Kardashian and Corey Gamble met up to discuss the messy situation. “I wish [Khloe] had shown up. I think the longer it goes on without really expressing her feelings and deciding how she wants to move forward, can be very alienating and lonely.”

Kourtney called out Tristan’s “lack of honesty,” saying it would be “way less hurtful to say the truth than to find out on the internet and not feel like you’re in the loop.”

“It’s such a lack of respect. This is somebody who’s got a pattern of bad behavior. Somebody who has lied to her since June,” added Kris.

Kim was shocked Thompson had been involving a legal team and even submitted a whole declaration in which he admitted to sleeping with Nichols — all without ever clueing Khloe in on what was going on. 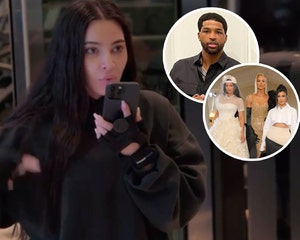 “We’ve given Tristan so many opportunities and chances to work on himself and treat my sister the way that she deserves to be treated. I just feel super disappointed,” exclaimed Kourtney, before addressing some of the criticism Khloe had been getting after the news broke. In the wake of the big reveal, some said she should have seen it coming, as it wasn’t the first time he had cheated on her and lied.

“There’s all these people who blame Khloe, that really gets me too. They make it look like the girl is a loser or unable to not be cheated on or she deserves it,” Kourtney continued. “Who gives a f— what other people think? I prefer to take the high road and be a good person and who we are, we’re people that would actually get Tristan help.”

Kim, however, was “exhausted of taking the high road” — and was tempted to put Thompson “on blast.” Looking straight into the camera, she added, “If you don’t think I screenshot every single f—ing thing!”

She then echoed Kourtney’s comments regarding the haters online bashing Khloe in her time of pain. 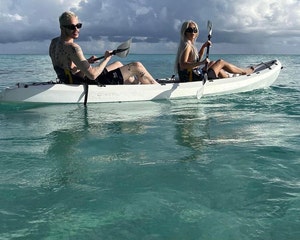 “All of you f—ing trolls on the internet that make Khloe feel like the biggest piece of s— … I will find each and every one of you and … not threaten you on TV, but it’s wrong,” she said straight to viewers in a confessional. “It’s so wrong because you guys don’t understand that when you have a child, you do anything to try and make it work and I’m so proud of who Khloe is that she wanted to give her relationship a second chance, even after he dogged her and embarrassed the s— out of her.”

“When the whole world is looking at you, laughing at you, calling you every name in the book, do you know how hard that is?” she asked. “That is 10 times harder to stay in a situation, than it is to leave.”

Khloe reacted to the backlash as well, acknowledging that that some people believed, “I should have known better, I knew what I was doing, no one feels bad.” Of that chatter, she said, “It’s really sensitive. I feel incredibly let down.”

“Is it so f—ed up that society blames me and women? It’s disgusting and deplorable of these people to talk about other people like that,” she added. “There’s no empathy, there’s no compassion, there’s just no sense of humanity.”

See more of Khloe’s reaction to the mess right here. “The Kardashians” Season 1 is streaming now in full on Hulu.