The pure-electric Kia e-Niro, now rebranded the Kia Niro EV, was always the strongest of Kia’s popular mid-sized crossover range. The best to drive, and the most recommendable version of the Niro, itself a strong contender in an overwhelming kaleidoscope of sports-hatch-cross-utility things in this circa £30k-£40k price range.

Has any of that changed with this new pure-electric Niro? In short, no. Despite this being a new platform, and comprehensively updated inside and out, the Niro EV still feels evolutionary rather than revolutionary. No bad thing, given that the e-Niro was one of the best-selling EVs in the UK right up until it was withdrawn from sale earlier this year. 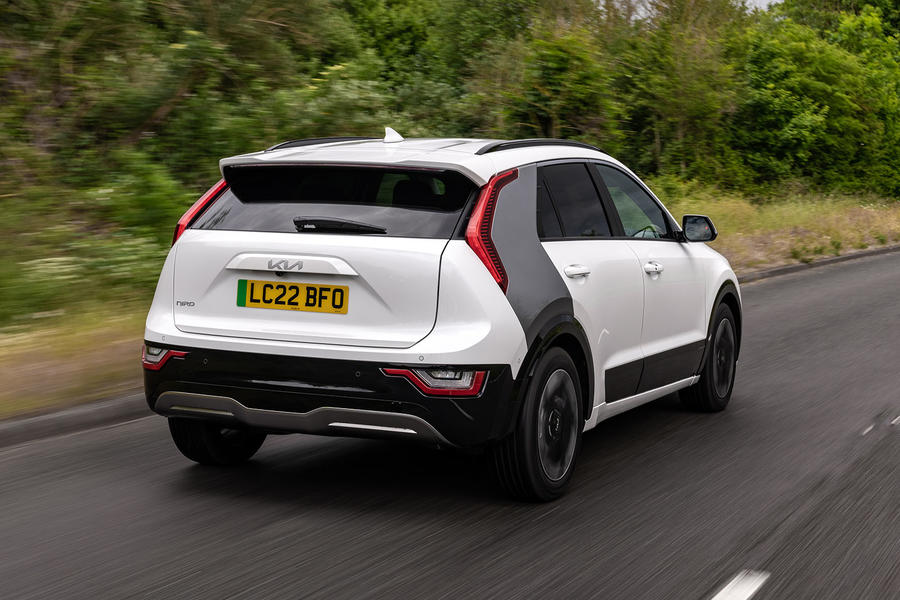 The powertrain has been carried over, so you get the same 64.8kWh lithium ion battery and 201bhp electric motor that drives the front wheels, although torque has actually been wound down (from 291lb ft in the outgoing e-Niro) to 188lb ft, to iron out the traction issues that it was prone to.

Charging still peaks at 76kW, meaning that you’ll get a 10-80% charge in around 40 minutes if you plug into a CCS-compatible rapid charger offering rates of 100kW or more. A full charge from a standard 7kW home charger will take under 10 hours.

We sampled the Niro EV on a route around Frankfurt, in mid-spec 3 trim and on its standard 17in wheels, which is the wheel size of choice given that – together with well-damped suspension – they do a good job of sponging over scruffy town roads. Sure, there’s a fair amount of body roll in faster corners or direction changes, but it’s progressive and never jarring, and the front end still turns in with enough incisiveness if you want it to. The steering is virtually devoid of a sense of connection or feedback and feels rather sterile generally, but it is light and predictable, which makes it ideal for wheeling about town or navigating awkward car parks.

Ultimately, the Niro EV is not an involving or notably fun car to drive, even in Sport mode, which weights up the steering but does nothing to resolve how disconnected it feels. It does, however, hit a very happy middle ground between comfort, response, refinement and confidence, which will be exactly what any Niro EV buyer is after. 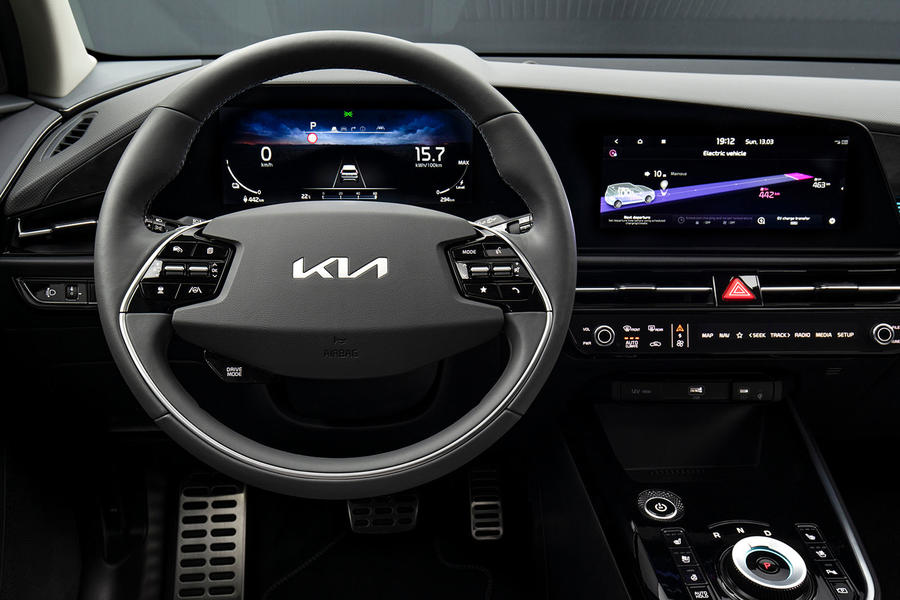 The rest of the Niro EV package is similarly on point for its target audience. Practicality has improved over the predecessor, so you now get more generous rear passenger leg and head room – enough to easily accommodate two lanky adults in the back. The boot in the EV is the best in the Niro range, at 475 litres, and is big enough even for a chunky double buggy. It’s still a way off the luggage space that you get in the bigger Skoda Enyaq iV, but it’ll be more than enough for the average family motorist, and there’s also now a cubby in the nose of the car that’s ideal for storing charging cables.

Up front, the Niro now gets an EV6-inspired dashboard, complete with twin 12.3in screens on mid-spec 3 models and up. (Lower-spec cars get an 8.0in central touchscreen). Apple CarPlay and Android Auto are standard, although it’s mildly annoying that you don’t get the wireless connection that many rivals offer. Otherwise, it’s one of the best systems for graphic clarity and logical menu layouts. Sure, we find the rotary and touchscreen control combination of the BMW i3 more convenient, but the Kia’s is still one of the best interfaces.