Apparently, one of the key questions that customers ask when buying bargain-basement cars is ‘will it work with my iPhone?’ Because cheap is fine, but not if it comes at the expense of connectivity.

Lucky for Kia, then, that the facelifted Kia Picanto, the least expensive car in its range, has got the latest infotainment system, complete with a larger, 8.0in touchscreen (on the 3 trim levels and above), and also has Apple CarPlay and Android Auto as standard. The Kia Connect app makes an appearance, giving information such as traffic, weather and fuel prices. If it can keep up with the last of those at the moment, it’ll be an impressive bit of software.

Physical menu buttons remain so the system operates intuitively. It certainly looks smarter than you’d expect in a £16k car, but as with other Kias, such as the Sorento, there’s nowhere to rest your hand as you work the screen. 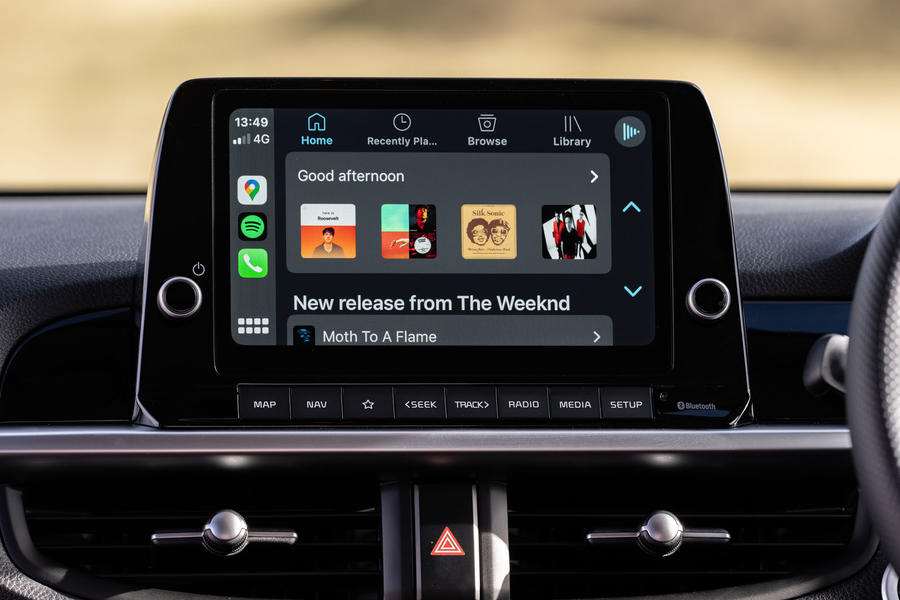 The surgery also tweaked the exterior looks and allowed for a bit of customisation – a crucial margin-maker at this lower end of the market – such as new paint colours and interior trim option packs. To me, it remains a good-looking, dinky thing, albeit a tad top heavy from certain angles. Blame the relatively modest 16in wheels for that.

This is the turbocharged 1.0-litre engine in top whack GT-Line S trim, offering plenty for its £16,610 sticker price. With 99bhp and 127lb ft, it offers a chunk more kick than direct rivals like the Volkswagen Up and Toyota Aygo X, but the pay-off is slightly poorer fuel economy and emissions. 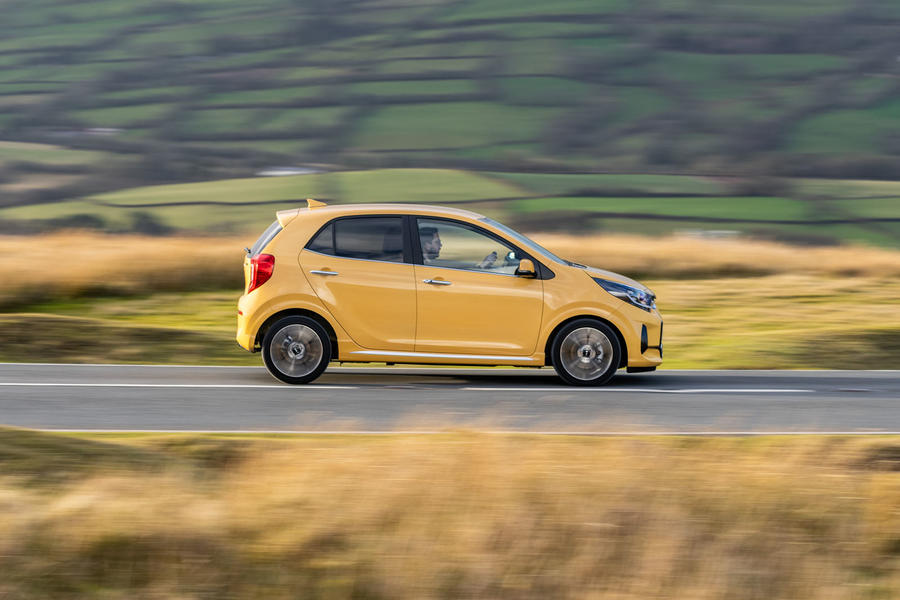 If it was my money (and not many Picantos are fleet cars), I’d definitely go for the punch over the pump. The uplift in power is a more significant marker than the economy.