The Kia Stinger GT sports saloon has been taken off sale in the UK after five years, ahead of the feisty new Kia EV6 GT replacing it as the Korean firm’s dedicated performance offering.

The Stinger has always been a low-volume contributor to Kia’s UK sales, shifting just over 2300 units since launch in 2017, but is described as “totemic” for the Korean brand, serving as a “bold statement of intent” for its performance car aspirations.

The electric Kia EV6 GT is the next step in the evolution of the brand’s GT line and is due to reach UK customers in the final weeks of 2022. It is not a direct replacement, but in its positioning and conception, it is a logical spiritual successor.

Autocar previously reported the Stinger was unlikely to be directly replaced, quoting Kia design boss Karim Habib, who said: “The spirit of Stinger remains and will remain. I like to think that the EV6 has the genes of the GT. We’re doing to do a GT of that, and it has the Stinger in it.”

The Stinger takes its power from a 3.3-litre V6, sending 365bhp to the rear axle for a 0-62mph time of 4.7sec – which at launch made it comfortably Kia’s fastest car yet. However, the EV6 GT, with 577bhp and all-wheel drive, slashes the sprint to just 3.5sec and introduces a dedicated Drift mode. 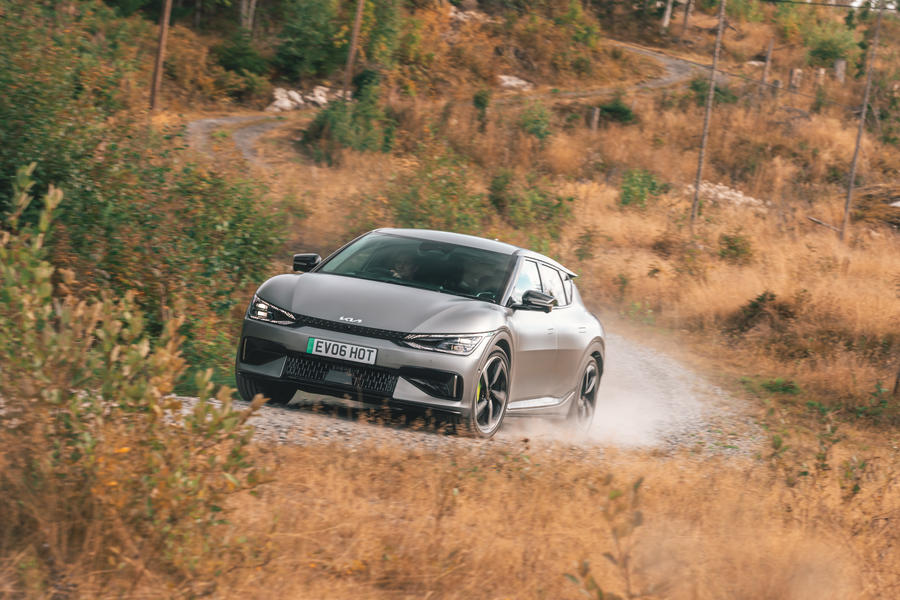 It is the most powerful car Kia has put into production to date and, at a starting price of £60,895, also its most expensive, commanding a circa £18,000 premium over the most recent iteration of the Stinger.

Commenting on the Stinger’s exit, Kia’s UK CEO, Paul Philpott, said: “The launch of the Stinger will go down as a transformative moment for Kia. Its driver-focused ‘grand tourer’ credentials, paired with Kia’s reputation for vehicle quality and design, made it an incredibly compelling car for drivers. At the same time, it also had a transformative effect on how people saw Kia.