The new King wished his son and his wife the best “as they continue to build their lives overseas.”

King Charles III gave a heartfelt address following the death of his mother, Queen Elizabeth II, and at one point, acknowledged Prince Harry and Meghan Markle.

In his first speech as the new UK monarch on Friday, Charles, 73, — who is Queen Elizabeth’s eldest son — honored his late mother and her legacy as the second-longest reigning monarch in British history.

BREAKING: King Charles III in address to nation from Buckingham Palace: “I want also to express my love for Harry and Meghan, as they continue to build their lives overseas.”

“I speak to you today with feelings of profound sorrow,” King Charles said. “Throughout her life, Her Majesty the Queen, my beloved mother, was an inspiration, an example to me and to all my family, and we owe her the most heartfelt debt any family could owe to their mother.”

He later went on to note that he pledges to “uphold the constitutional principles” of the UK and “serve you with loyalty, respect, and love.” Charles also appeared to point out the withstanding criticism of the monarchy, stressing that the “values” of the intuition will remain unchanged despite the ongoing change in the world.

“In the course of the last 70 years we have seen our society become one of many cultures and many faiths. The institutions of the State have changed in turn,” he explained. “But, through all changes and challenges, our nation and the wider family of Realms — of whose talents, traditions and achievements I am so inexpressibly proud — have prospered and flourished. Our values have remained, and must remain, constant.”

King Charles also addressed his subject of the crown’s succession. After noting his new position as King, he said his wife, Camila, is now the Queen Consort. 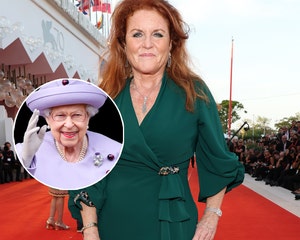 King Charles then gave a brief shoutout to Prince Harry and Meghan, in which he voiced his support for the couple, who live in California and announced they would be stepping back from royal duties in January 2020.

“I also want to express my love for Harry and Meghan, as they continue to build their lives overseas,” Charles said, before then ending his speech with final words about Queen Elizabeth II.

“To my darling mama, as you begin your last great journey to join my late papa, I must say only this: Thank you,” he concluded. “Thank you for your love and devotion to our family and to the family of nations you have served so diligently all these years. May flights of angels sing thee to thy rest.”