To mark its 20th anniversary, Swedish hypercar specialist Koenigsegg has reimagined its debut production car, the CC8S, as a wildly powerful and thoroughly modern vision of what it calls “the ultimate driver’s car”: the CC850.

It is more a tribute to that car than a recreation or ‘restomod’, being more closely related, mechanically, to Koenigsegg’s recent Jesko, Gemera and Regera hypercars, and fusing elements of the CC8S’s design with cues taken from those newer models.

The interior is similarly conceived, adopting a minimalist aesthetic modelled on the earliest Koenigsegg cars, with an open-gate gearshifter, an analogue gauge cluster behind a function-free round steering wheel and a wealth of exposed carbonfibre. 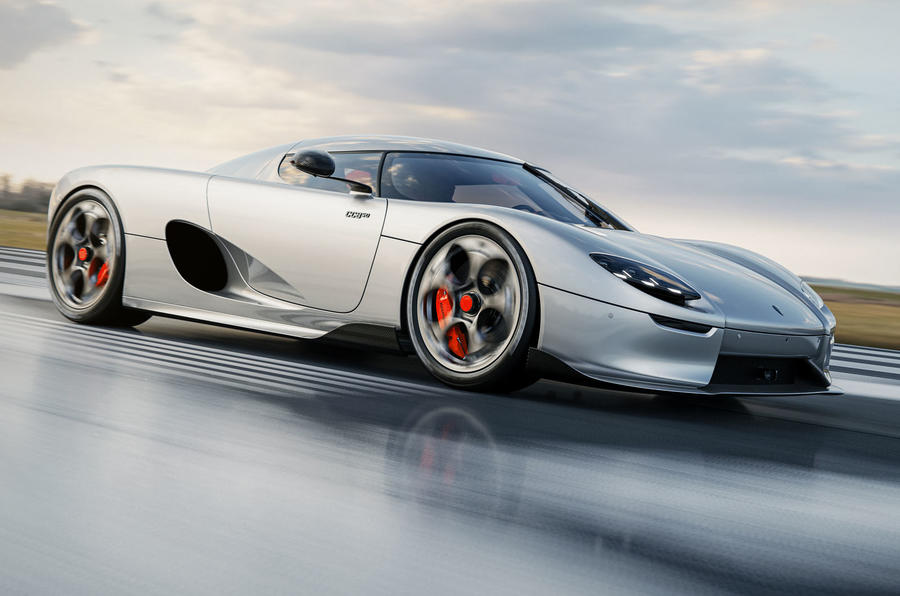 But underneath, the CC850 is an entirely different beast. Muscle – all 1366bhp and 1022lb ft of it – is supplied by a variant of the firm’s latest 5.0-litre twin-turbocharged V8. The engine is dry-sumped for optimal oil distribution in extreme driving situations, can run on synthetic fuels and does without a flywheel, which, Koenigsegg says, makes it “the most responsive, fast-revving engine possible”. It redlines at 8500rpm, and the brand promises that the “aural sensations are truly other-worldly and incomparable”.

Built around a carbon monocoque, cloaked in carbon/Kevlar body panels and with aluminium honeycomb fuel tanks, the CC850 tips the scales at just 1385kg – more than half a tonne lighter than the Bugatti Chiron. It should be comfortably one of the quickest combustion cars in production although the brand has yet to detail performance figures.

Notably, it says the CC850 “was not created to break Jesko track records or top speeds, but to be up there performance-wise and offer the highest level of driver satisfaction and enjoyment.”