Car and bike maker KTM has launched a road-legal version of its title-winning X-Bow GT2 race car, complete with a super-lightweight 80kg chassis and 493bhp powerplant.

Called the X-Bow GT-XR, this low-volume lightweight will rival the likes of the Dallara Stradale and Radical Rapture. It is the Austrian firm’s second road-legal car after the open-top KTM X-Bow, which has been sold in various forms since 2008.

The GT-XR shares much of its underpinnings with the GT2 race car and, fundamentally, it is based around the same Dallara-designed 80kg carbonfibre monocoque as the original X-Bow, which, KTM says, “has been tried and tested in a dozen crashes since 2008”. For the hard-top car, it’s paired with an FIA-approved steel roll cage, which leaves kerb weight at 1130 kg. 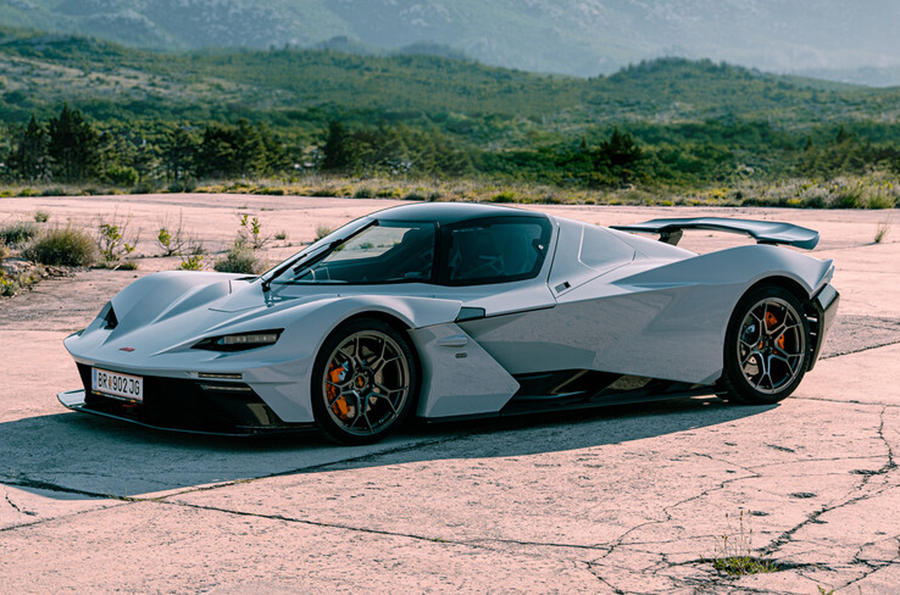 A jet fighter-style canopy lid made of carbonfibre provides access to the cabin. Small glass windows at the side can also be fully opened. Inside, the same removable racing-style steering wheel as the GT2 is fitted.

The GT-XR also shares the racing car’s 2.5-litre five-cylinder engine, albeit detuned from the GT2 racer’s 600bhp and 531lb ft. It is no slouch, though, with the rear-mounted turbocharged powerplant – also used by the Audi RS3 – putting out 493bhp and 429lb ft and reving to 7000rpm. 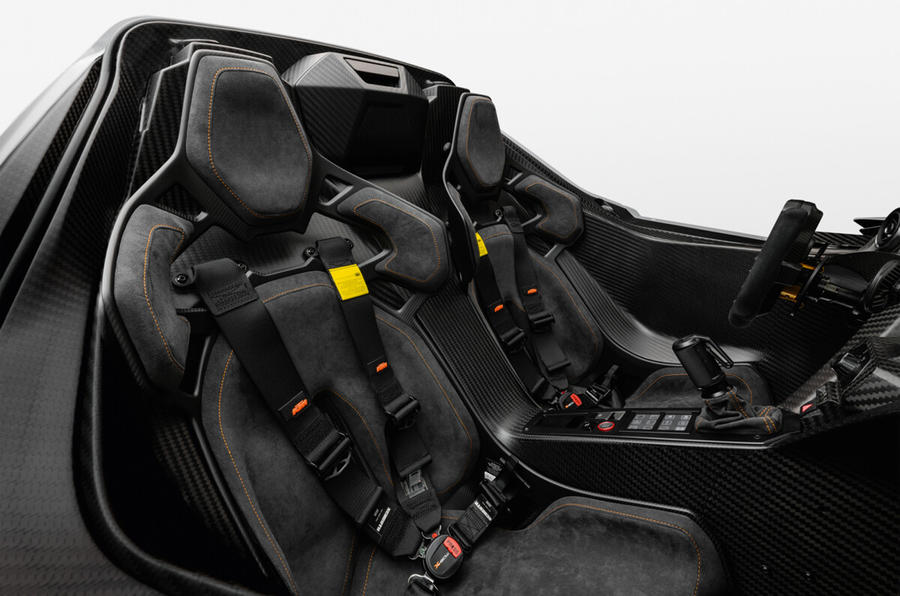