Ahead of the verdict, Kim described the trial as “really scary,” while Khloe explained why she was so nervous.

As “The Kardashians” continued to prep for the Met Gala on this week’s new episode, viewers also got a little more insight into how they were really feeling amid their legal battle with Blac Chyna.

At the time the episode was filmed, Khloe Kardashian, Kim Kardashian, Kylie Jenner and Kris Jenner were all battling Rob Kardashian’s ex in court after she sued them for defamation and intentional interference with contract after Rob and Chyna’s reality show wasn’t picked up for a second season. She believed they were the reason why it was axed by E!

After being in court all day, Kris showed up to a Met Gala fitting for her daughters and, in a confessional, opened up about how tiring the whole ordeal has been for her. 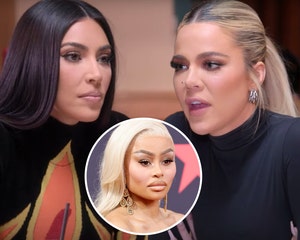 Khloe & Kim Vent Over Chyna Lawsuit on The Kardashians, Were Nervous and Stressed Before Verdict

“I am absolutely, mentally, spiritually, physically tired. Tired from the trial. Tired from being in the court house all day, every day. Tired of thinking about this, it’s just exhausting,” she said, adding that it would be a “two-martini night. Maybe three.”

Though Kim was working out religiously to drop a few pounds to fit into Marilyn Monroe’s dress for the big red carpet event, she hightailed it to court when she heard it was time for closing arguments in the case.

“As an aspiring attorney, I need to see the closing arguments to see how they piece it all together. This is my first real trial that I’ve seen, which is like the best law school I can imagine,” she explained of her interest.

Though she said it was “so interesting to see” the legal process firsthand, she added that it was also “really scary” for her and the family.

“I’ve never been through a full trial where I’m up for something,” she added. “It’s all fascinating to be living it and learning it all at the same time. There’s not a chance I’m missing this. This is what I live for.” 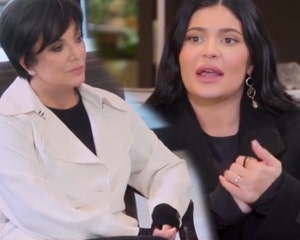 As Khloe and Kris made their way to NY in Kylie’s jet, Khloe explained she was “panicking” about the next day — just just because of the red carpet, but also because of “the f—ing verdict,” which was due at any moment.

“The facts are the facts. The fact though that we’re in trial blows my mind,” she said to her mother. “Now we’re just trusting 12 people that are going to decide? That’s why I’m nervous. I’m just so confused, why has it taken so long? For me, it’s an open and shut case.”

Kris said she didn’t understand it either, but was adamant they “didn’t do anything wrong or dishonest” and “told the truth” in court. 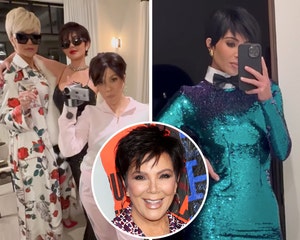 Toward the end of the episode, we finally heard from Kylie about the case as well, as she said in a confessional that the trial “honestly has been very, very stressful.” She added, “We just want it to be over, honestly.”

Also stressful for Kim: the fact Kylie had 1,600 unread text messages on her phone, but that’s a story for another day.

While all this was going down, Kourtney Kardashian was in Milan with Travis Barker, getting fitted for their upcoming wedding. She explained to her team that her mom and sisters kept messaging her about how they wish they could be there, but “Blac Chyna’s ruining it all” so they had to stay home.

“The fact that you’re not in that trial to me is so Kourtney,” added Simon Huck. “Of course she’s not in this trial!”

The Met Gala and the verdict will both go down on next week’s episode. In a preview, Kim was seen asking, “Honestly, what could she get from us?” — as Khloe responded, “Our f—ing dignity.”

Of course, we all know now the family came out victorious, but see it unfold when new episodes of “The Kardashians” drop Thursdays on Hulu.