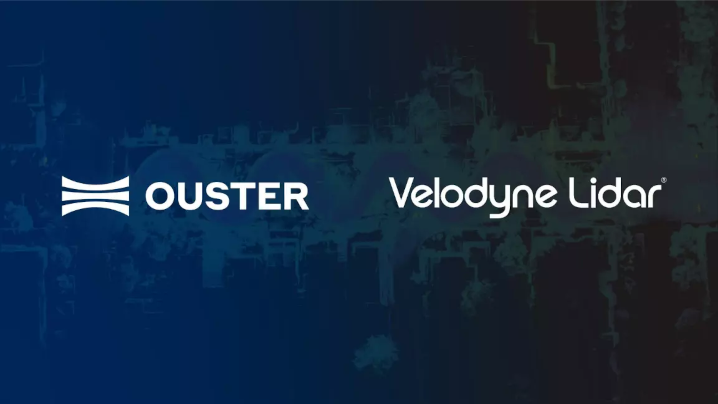 Velodyne investors will receive 0.8204 Ouster shares for every share of the sensor maker. That represents an approximately 7.8% premium to the Friday closing price of the former company’s stock. After the completion of the merger, Ouster and Velodyne shareholders will each have an approximately 50% stake in the combined company.

The lidar sensors that Ouster and Velodyne produce are used by autonomous vehicles, as well as certain other systems such as robotics, to navigate their environments. A lidar sensor works by generating pulses of laser light and measuring how nearby objects reflect the light. Measuring the reflected photons allows the sensor to generate a continuously updated map of its surroundings.

San Jose, California-based Velodyne is one of the most well-established players in the lidar sensor market. The company’s top-end sensor, the Alpha Prime, can detect objects such as cars from more than 900 feet away. Velodyne also sells a half dozen other lidar sensors for systems ranging from autonomous vehicles to industrial robots.

Ouster is one of Velodyne’s major competitors in the lidar market. Lidar sensors historically used components known as avalanche photodiodes to map out their surroundings. Ouster’s sensors, in contrast, perform the task using with digital circuits, the same type of circuit that chipmakers use to build processors.

Ouster’s newest sensors are powered by a recently introduced system-on-chip called the L3. According to the company, the L3 is capable of processing 10 trillion photons per second and has twice the range of its previous-generation chip. It also uses 10% less power.

The core components of Ouster’s L3 chip are produced with CMOS semiconductor manufacturing technology. The technology is used to make many semiconductor products besides lidar sensors, including certain types of memory devices. Chipmakers make significant investments in improving their CMOS production lines, a fact that Ouster argues creates opportunities to improve the capabilities of its CMOS-based lidar sensors over time.

The companies, which have a combined market capitalization of about $400 million, estimate that the planned merger will enable them to reduce annual expenses by at least $75 million within nine months of the transaction’s completion. Additionally, the deal will reportedly create opportunities to streamline sensor manufacturing. Ouster Chief Executive Officer Angus Pacala is set to continue in the same role at the combined company, while Velodyne counterpart Ted Tewksbury will become executive chair.

“Lidar is a valuable enabling technology for autonomy, with the ability to dramatically improve the efficiency, productivity, safety, and sustainability of a world in motion,” said Tewksbury. “We aim to create a vibrant and healthy lidar industry by offering both affordable, high-performance sensors to drive mass adoption across a wide variety of customer applications, and by creating scale to drive profitable and sustainable revenue growth.”

The merger is expected to complete in the first half of 2023.