Lili Reinhart is sharing a few behind-the-scenes rules when it comes to locking lips on set the CW.

“You can only be so much of an adult on a CW show, because you’re not even really allowed to kiss with tongue,” the “Hustlers” actress explained. “That aspect of things are a little different.”

With the hit CW drama approaching its last season, Reinhart shared that she’s “excited” to take on “more diverse and complicated, messier characters” outside of the young adult-tween series.

“I have a lot of sort of dramatic, deep roles in my future after Riverdale,” she revealed. “Definitely roles that you have not seen me in — I’m an adult! I’m an adult woman and I’m going to start playing those more adult roles.”

Reinhart has previously commented on shooting kissing scenes with actors who have all become her friends. During an interview with Entertainment Tonight back in 2017, the “Look Both Ways” star touched on the PG nature of her intimate scenes on the CW.

“I feel like it’s very comfortable at this point. I mean, it’s The CW you’re not going to get too crazy. It’s just like kissing and hugging,” Lili said.

“I think we’re all so comfortable with one another that it’s not even really a thing,” she continued, referencing herself and her costars. “If we have a kissing scene, it’s fine. We don’t really think twice about it. When new characters have to kiss, it’s a little different and you’re like, ‘Oh, OK! What this?'” 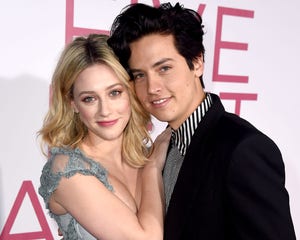 Reinhart noted, “But it’s easy, we’re all friends. It would be more nerve-racking if you had to make out with someone that you didn’t know. So if by chance we do end up having to kiss each other, it’s fine and it doesn’t feel weird.”

“Riverdale” will end with its seventh season which will debut midseason.

Per Deadline, following the announcement of Riverdale’s conclusion back in May, CW CEO Mark Pedowitz, shared that he believed that “seven years is the right amount.”

“I am a big believer of giving series that have had a long run an appropriate send-off. We had a long conversation with Roberto [Aguirre-Sacasa] yesterday and he is thrilled with the decision,” Pedowitz said. “We are going to treat the show in the manner it deserves. It’s been an iconic pop culture star and we want to make sure that it goes out the right way.”