Linda Evangelista has made her return to modeling.

The ’90s supermodel shared a picture from her new Fendi campaign to Instagram over the weekend. Her collaboration with the fashion house is believed to be the first modeling job she’s taken since claiming a fat freezing cosmetic procedure permanently disfigured her.

“On September 9 2022 @Fendi will host a special fashion show in New York City to celebrate the 25th anniversary of the #FendiBaguette, designed by @silviaventurinifendi, and two years since @mrkimjones joined the Maison as Artistic Director of Couture and Womenswear. #Fendi,” the 57-year-old captioned the photo.

Back in February, Evangelista came out of a nearly five year seclusion to make bombshell claims in an interview with People related to a lawsuit she filed the year before.

Once one of the most photographed people in the world, the model claimed CoolSculpting, a FDA approved “fat-freezing” procedure often seen as a noninvasive alternative to liposuction, left her “permanently deformed” and “brutally disfigured.”

In September of last year, Evangelista filed a lawsuit against Zeltiq Aesthetics Inc. for $50 million in damages as she has allegedly been unable to work since the procedures. The model reportedly underwent seven sessions from August 2015 to February 2016.

“I loved being up on the catwalk. Now I dread running into someone I know,” she told the outlet through tears. “I can’t live like this anymore, in hiding and shame. I just couldn’t live in this pain any longer. I’m willing to finally speak.”

Linda reported that after three months of treatments she began to notice bulges on her chin, thighs and chest area. Instead of shrinking with every procedure, she claimed that the areas she was treating were growing bigger and hardening until they eventually turned numb.

“I tried to fix it myself, thinking I was doing something wrong,” Evangelista revealed that she had tried dieting and exercising. “I got to where I wasn’t eating at all. I thought I was losing my mind.”

Until finally in June 2016, Linda decided to see her doctor after failed efforts to reverse the damage.

“I was bawling, and I said, ‘I haven’t eaten, I’m starving. What am I doing wrong?’” When he eventually diagnosed her with Paradoxical adipose hyperplasia (PAH), she replied, “I was like, ‘What the hell is that?’ And he told me no amount of dieting, and no amount of exercise was ever going to fix it.” 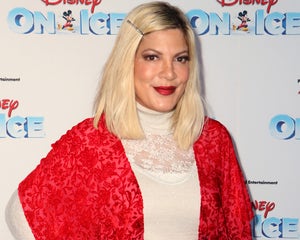 Evangelista claims that when her doctor had confronted CoolSculpting about her PAH diagnosis, the company had allegedly offered to pay for her liposuction with a surgeon of their choosing in an effort to “make it right.”

On the eve of her surgery, she claims she was informed that the company would only cover the procedure if she signed a confidentiality agreement. When she refused the alleged offer, she had her first two full-body liposuction surgeries out of her own pocket in June 2016.

“It wasn’t even a little bit better,” she stated. “The bulges are protrusions. And they’re hard. If I walk without a girdle in a dress, I will have chafing to the point of almost bleeding. Because it’s not like soft fat rubbing, it’s like hard fat rubbing.”

She said her posture had also taken a hit as she can no longer “put my arms flat along my side. I don’t think designers are going to want to dress me with that,” she said as she revealed a rectangular shape of a PAH bulge under her arm, “sticking out of my body.”

“I don’t look in the mirror,” she concluded. “It doesn’t look like me.”

A rep for CoolSculpting told PEOPLE their procedure “has been well studied with more than 100 scientific publications and more than 11 million treatments performed worldwide.” Their statement went on to say that rare side effects like PAH “continue to be well-documented in the CoolSculpting information for patients and health care providers.”

The procedure, which actually cools fat to temperatures below freezing, was approved by the FDA in 2010. Its minimal invasiveness and short recovery time have made it immensely popular.

PEOPLE also spoke with a dermatologist, Dr. Sue Ellen Cox, who said “I consider it a safe, effective treatment that’s worthwhile and has a high patient — satisfaction rate.”

“If you can pinch an inch [of fat], you’ll be a good candidate for CoolSculpting,” Dr. Cox added, “It’s the gold standard of noninvasive [fat-reduction procedures].”